The textile concern Of-Ar was established in Ofakim in 1961 as part of the industrialization drive in development towns. During the 1980s, due to difficulties in the textile industry and changes in government policy, cutbacks were made, and in 1986—the plant was closed.

The monumental structure of Of-Ar—over 20,000 sq. m.—is located on the main road of the Ofakim industrial zone. It is unique in terms of its quality of design and construction, forming an unusual example of modern industrial architecture in Israel.

The factory was designed by Architect Itzhak Rapoport (1901-1989), in collaboration with Structural Engineer Dr. Asher Gleiberman and Architect Zvi Frenkel of the Rapoport, Frenkel and Gleiberman firm. Rapoport had studied structural engineering in Berlin and architecture in Paris. He was one of the prominent Jewish architects who planned buildings in Jaffa in the 30s. (1)

The visual documentation of the Of-Ar factory is an opportunity to recount a larger historical and social story about the role of industry in the life of new towns. The exhibition, “Of-Ar: Working Architecture,” addresses modern architecture for industry in Israel, yet performs a double move: it draws attention to the accomplishments of this architecture, while perusing it with a current critical gaze. A study by Dr. Shani Bar-On,(2) who co-curated the exhibition with architect Shelly Cohen, formed the infrastructure for the exhibition, exposing how design of the work process in the factory creates distinctions between groups of employees based on geographical (center/periphery), gender (men/women), and national (Israelis/Palestinians) characteristics.

The Works in the Exhibition

Amit Geron’s series of photographs “Of-Ar” documents the building today, more than twenty years after the factory was shut down. The series addresses the historical building, disregarding the environmental contexts and the many changes that occurred in it over the years. This handling, in addition to the photographs’ reduced coloration, transforms architecture into the work’s very theme. Alongside the engagement with the architectural logic of the building, Geron presents evidence of the structure’s assignment as a textile plant (an abstract composition of color samples) where people were employed (photographs of accessories such as the punch clock).

A more direct image of a factory employee is presented by Joseph Dadoune in a series of photographs taken in black-and-white, old-fashioned style, and projected on screen. The work has a biographical dimension: Dadoune, who grew up in Ofakim, reconstructed the experience of wandering in the deserted factory, which as a child he used to call “The Hall.” The hall, with its spacious interior, contained his emotional distress as a child, and at the same time, sparked his young imagination, conjuring up the production line workers’ ghosts.

The photographs present a staged self-portrait of the artist as a worker—an idle laborer with amputated hands. The title “Black Worker” (a literal translation of a Hebrew expression denoting a menial or unskilled worker; one who does the dirty work) is ambiguous: it refers to a type of labor that soils Dadoune’s hands and face as well as to the ethnic origin of the factory’s employees, thus blending the biographical dimension with the social dimensions and with the story of the decline of the workers’ city Ofakim.

Of-Ar: Architecture in the Service of Industry
The design of Of-Ar’s industrial structure reflects an attempt to organize and optimize the work process based on the scientific principles of industrial management:(3) the building creates a distinction between management and industrial production, placing the necessary systems and services at the heart of the production areas, while maintaining a “free plan” which makes for flexible work organization. It attests to the way in which modern architecture served the aspiration of the capital holders and factory owners to increase industrial production.

Of-Ar, a 156-meter long structure, was divided into two equal wings by a two-story high central axis, thus utilizing the great height of the production wings: the maintenance systems were located on the ground level of the axis to ensure optimized work and shorten distances (the width of each wing is approx. 42 m).(4) The first floor of the axis was designated for the laboratory, offices, service and rest areas, and connected via a corridor to the management and entrance building.

The production wings of the factory were covered with a large, jagged roof subdivided into equally sized sloping triangles. The main gradients along the wings, and the secondary gradients which crossed them were supported by means of braced tubes on a row of metal columns which towered at the heart of each production wing, and on concrete columns on the external walls. This constructive solution may be regarded as a functional solution, enabling a high, wide (approx. 20 m) span, flexibility and maximum control over employees, and as an architectural expression of the rationality and systematic nature of industrial production.

The roof structure shaped the façades as walls, which ended with rows of triangular pediments. The plastered block façades were decorated with triangular elements from exposed concrete, with small trapezoidal openings. The concrete elements introduce rhythm and plasticity to the façade, variously repeating the gradient motif of the roof.

In addition to the streamlined organization, the Of-Ar architecture manifests awareness of employees’ welfare. The meeting and rest areas, and the unique design of the structure housing the management and production wings convey a high quality of factory-planning as a work place, following a modernist tradition which originated with architects such as Peter Behrens and Walter Gropius.

1. The first publication of the exhibition and catalogue accidentally attributed the Of-Ar building’s planning to Architect Reuven Rudolph Trostler, who had been involved in planning an early proposal for the building, which was not carried out. See (State Archive File no. 227/1/343 /ב); See Yavin Shmuel, 2006, (Curator and ed)., Bauhaus in Jaffa: Modern Architecture in an Ancient City, Bauhaus Center Tel Aviv, pp.94-100.

3. This refers to approaches intended to optimize the work process by means of analytical methods, such as Taylorism and Fordism. See: Mauro F. Guillén, The Taylorized Beauty of the Mechanical: Scientific Management and The Rise of Modern Architecture (Princeton and Oxford: Princeton University Press, 2006); Lindy Biggs, The Rational Factory: Architecture, Technology, and Work in America’s Age of Mass Production (Baltimore and London: Johns Hopkins UP, 1996).

4. For an elaborated discussion, see: architect Avi Mayorek’s graduation project from the Department of Architecture, Bezalel Academy of Art and Design, Jerusalem. 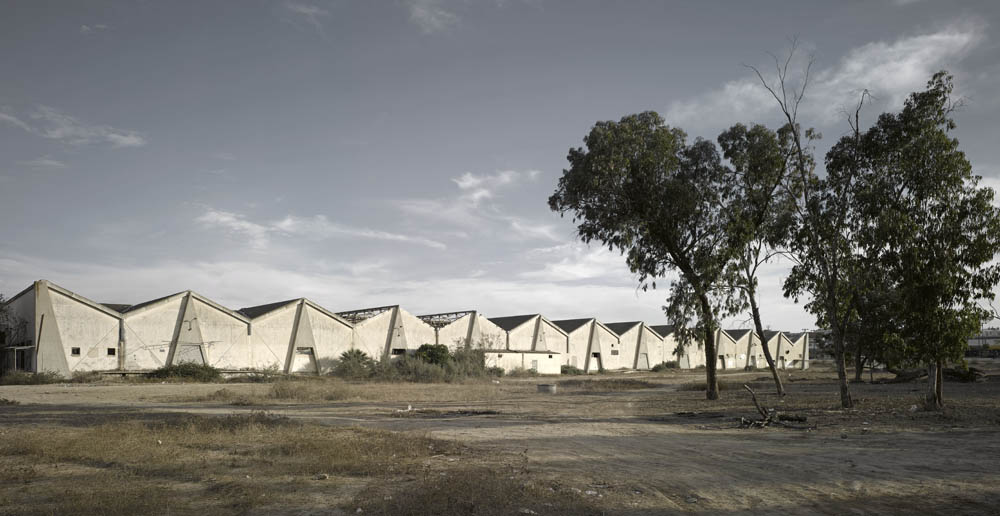 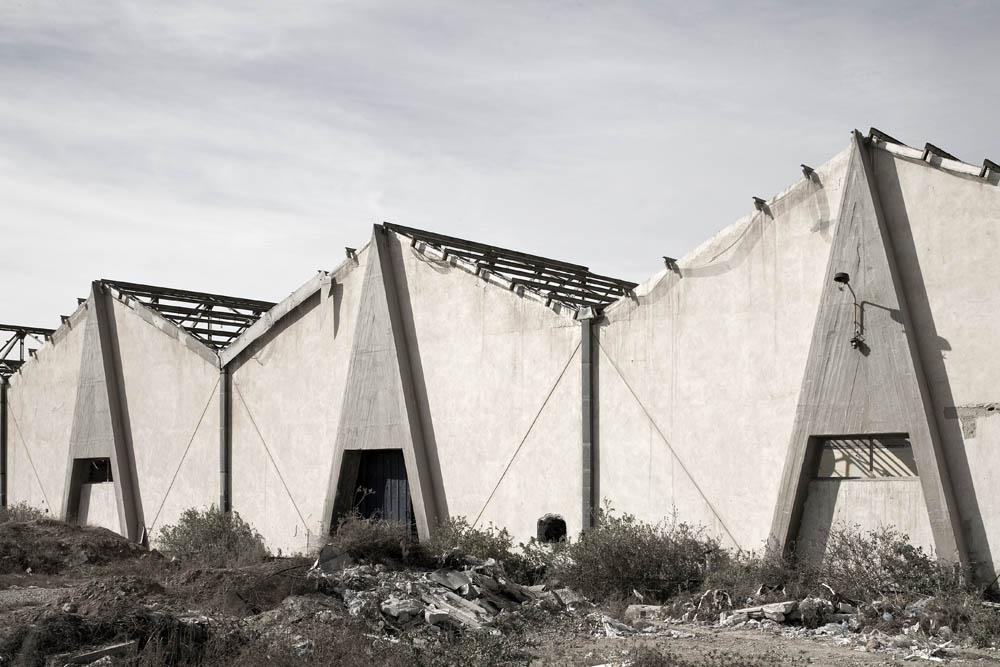 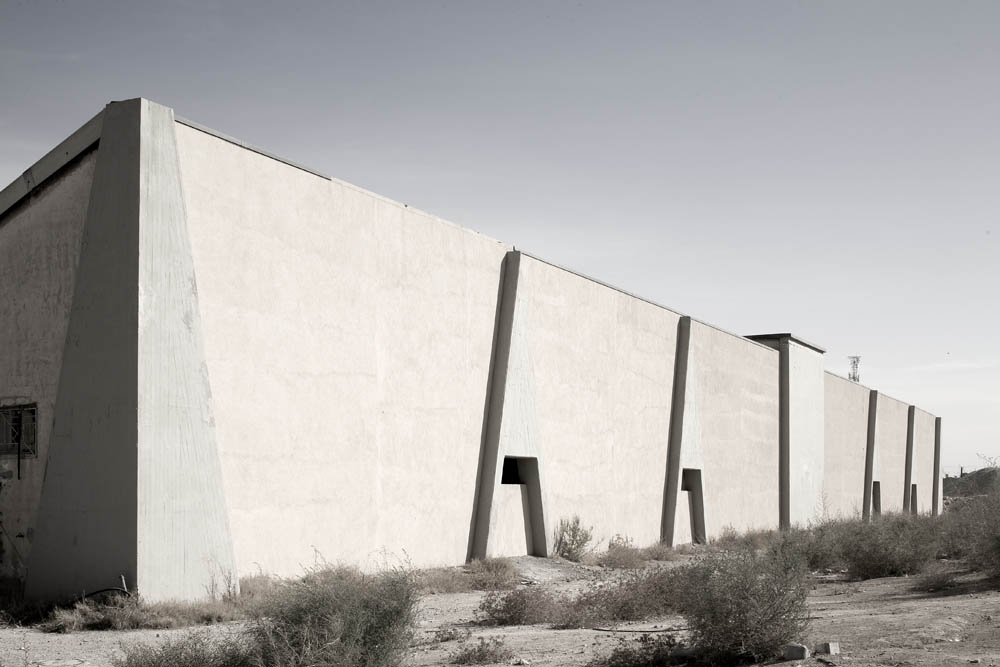 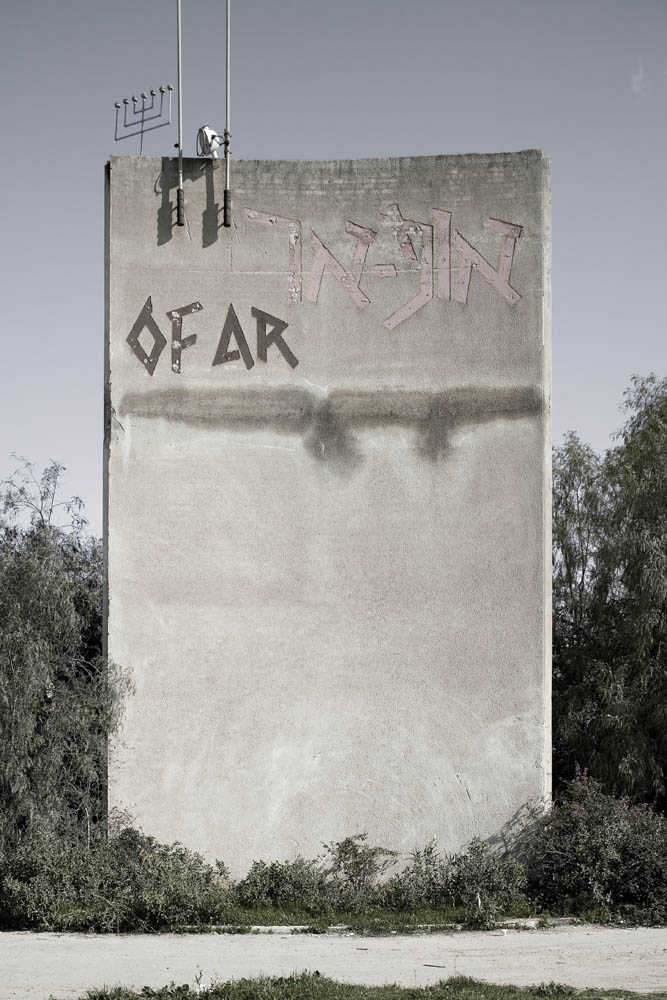 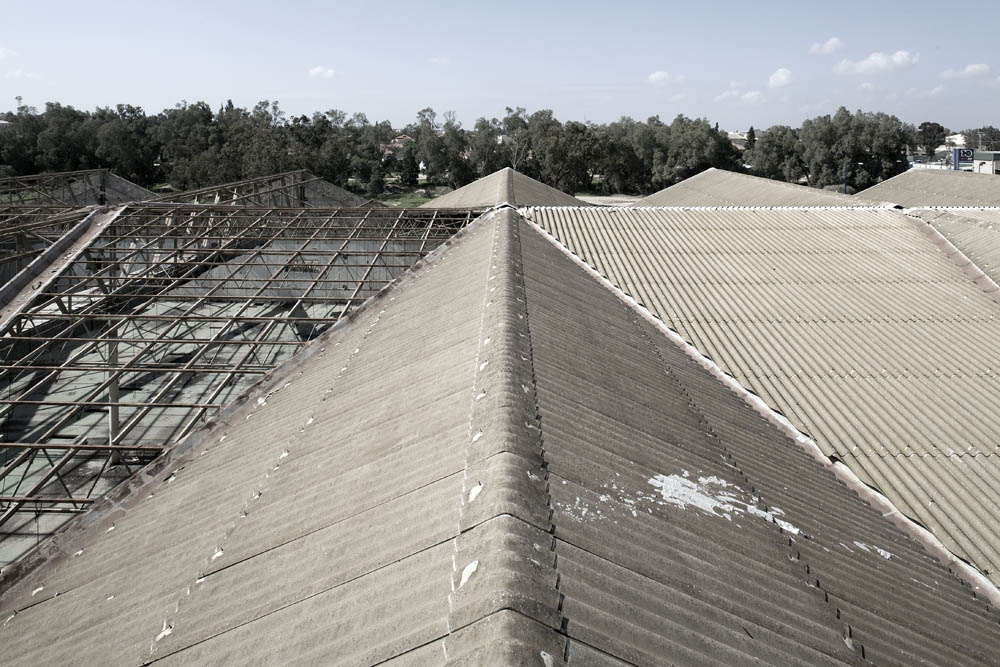 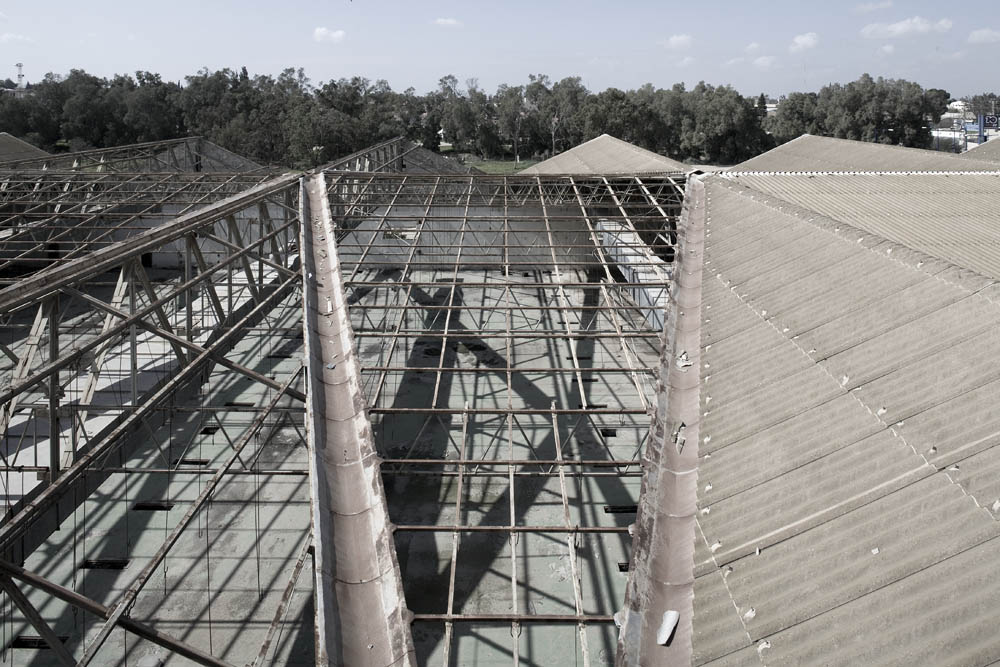 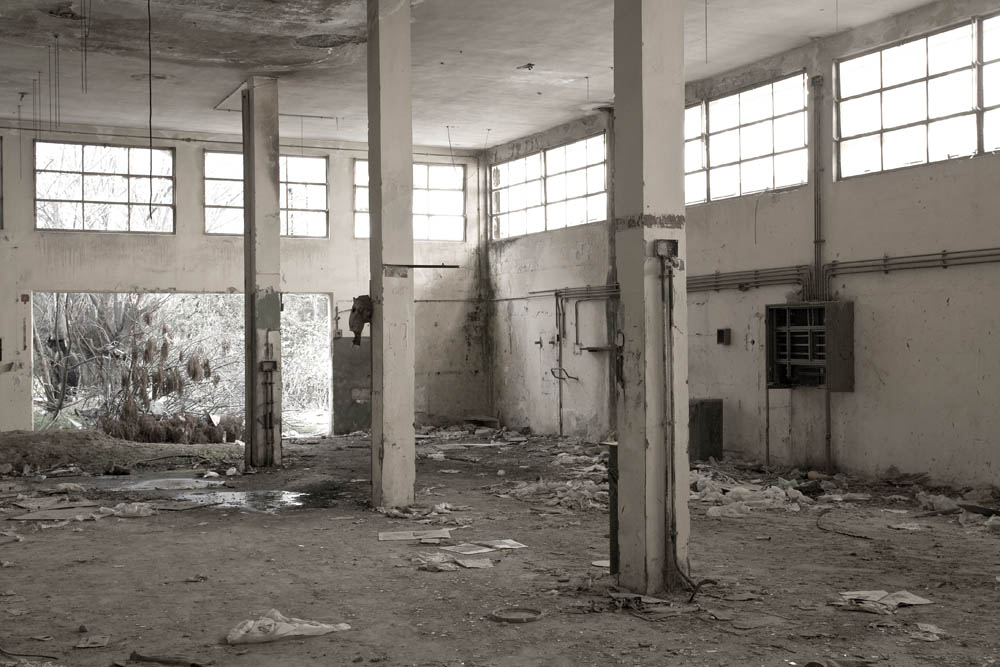 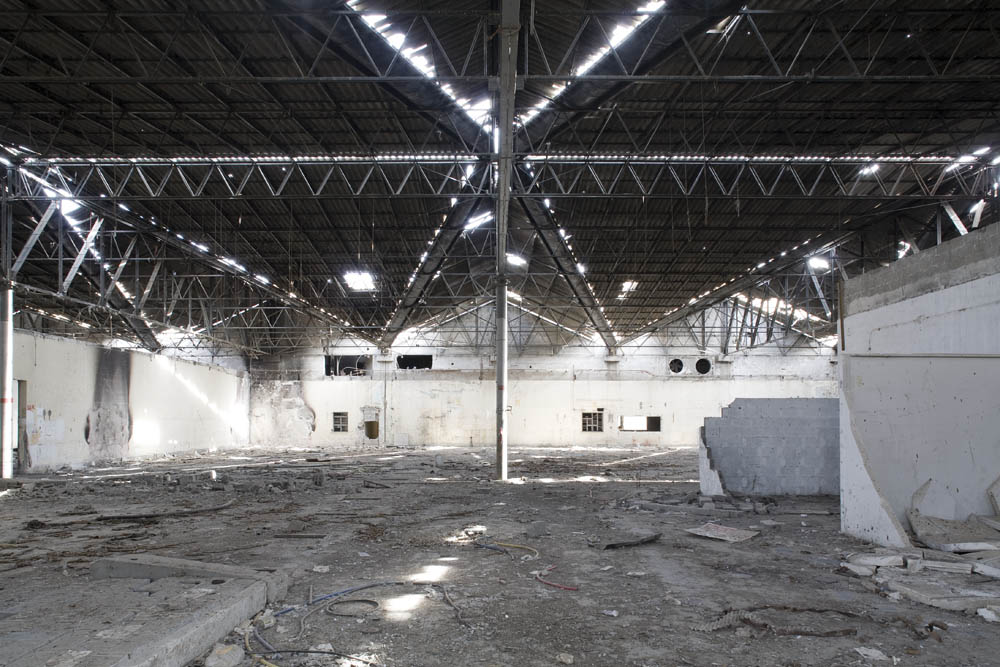 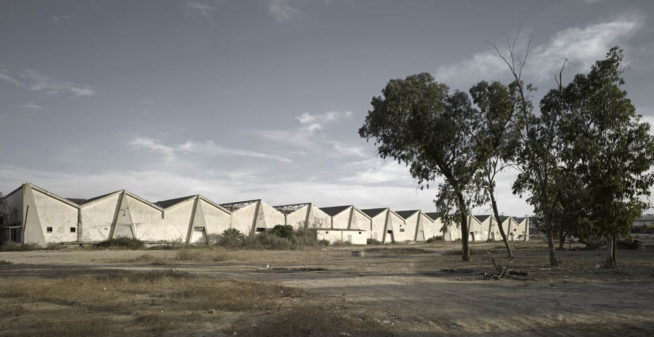 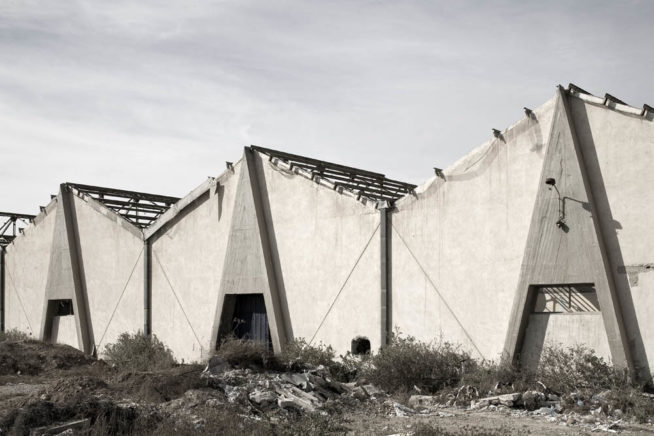 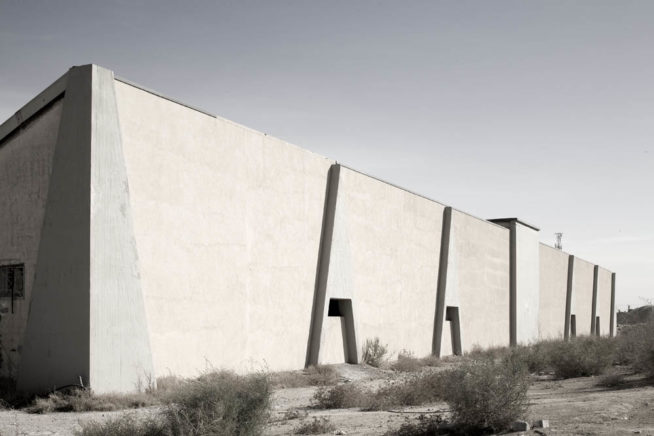 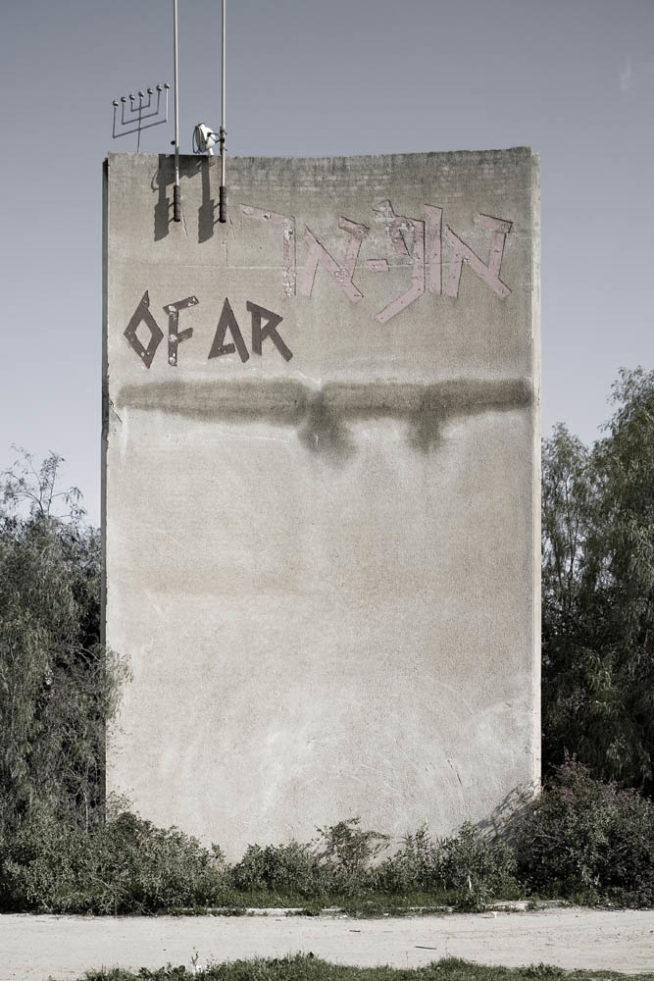 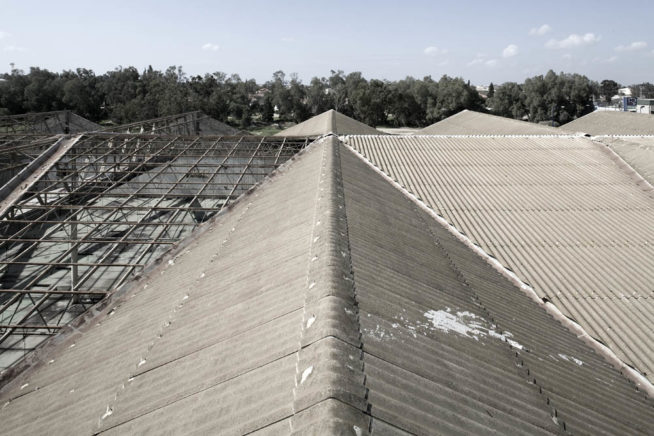 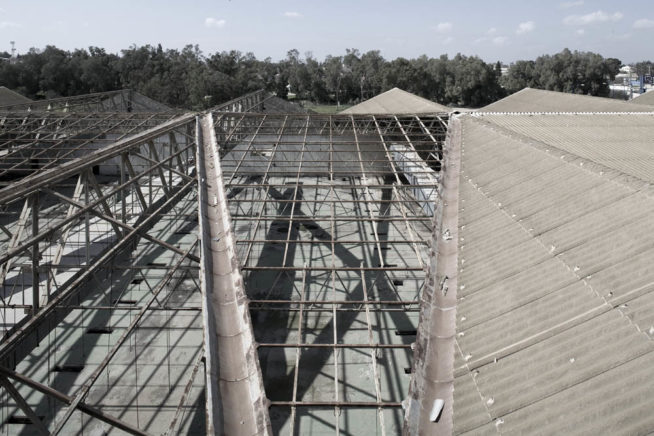 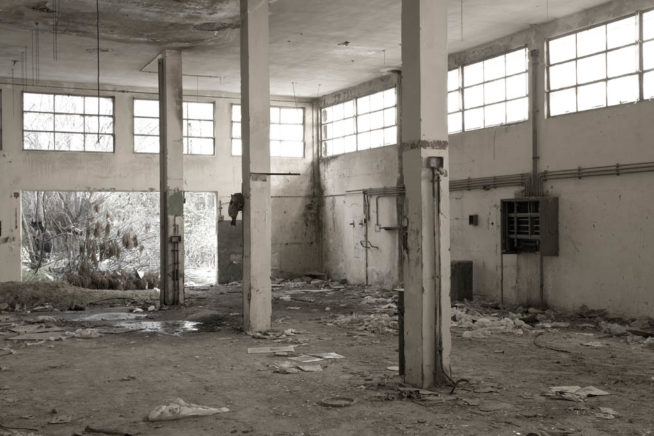 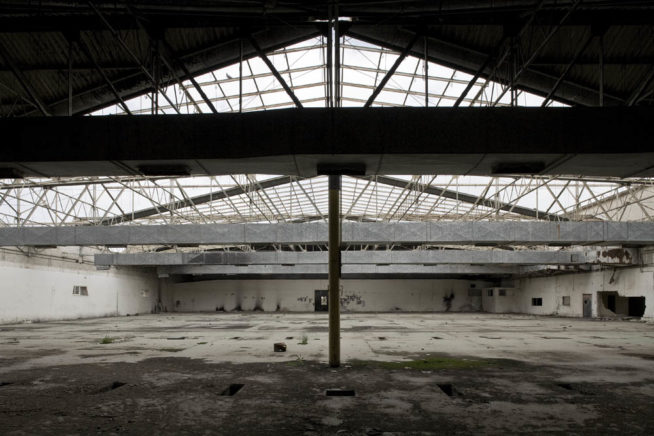 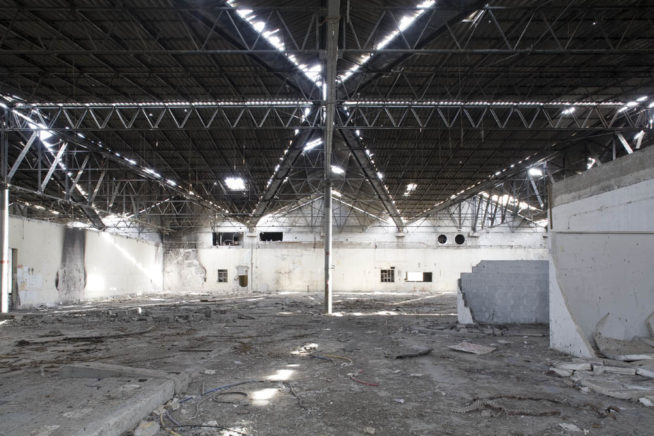