The Aging, Death and Rebirth of Shopping Malls

The Lives of a Shopping Mall

The exhibition displays how Israeli shopping centers have evolved from open-air marketplaces, through the covered passageways of the 1920’s, and up to the first modern shopping malls – Tel-Aviv’s Dizengoff Center, and Ramat Gan’s Ayalon Mall. Artist Orit Siman-Tov documents Israeli’s leisure culture. Using her camera, Siman-Tov documented Rishon LeZion’s Golden Mall’s heydays of the early 1990’s, shortly after it was opened. It and other malls of that time have recently undergone renovations to keep them in competition with other commercial spaces. The students analyze the manners in which Ayalon, Drorim, and the Golden Malls have expanded. They document Rehovot’s Little Mall, now mostly used as an office complex after the Big Mall was opened in the same city. The many interior changes of Nes Ziona’s Kanyoter (Hebrew portmanteau for “mall” and “more”), are in stark contrast to its credo of becoming “a place out of time, where time stands still.”

Alongside historical developments, the exhibition shows malls which, due to flawed economic or spatial design, have had moderate success at best. To focus on Rishon, entrepreneurs claim that, due to their small sizes, amateur management, and proximity to one another, shopping centers built in western Rishon LeZion in the 1990’s (for which the city was nicknamed “mall city”), became a mere phase in the city’s development. The students also document the death of adjacent Rishon malls DownTown Center and Discount Center, and their eventual transformation in to warehouses and office buildings. Similarly, a visit to Herzlia’s Arena Mall might reveal a connection between the mall’s continuing demise to its seaside location.

Much has been written about the death of malls in their native USA, following various economic crises and increased competition. It is often mentioned that fewer new malls are built. But in Israel, Ramlah’s newly-opened Azrieli Mall shows that new malls are still being built, at least here. Artist Yoav Peled’s camera documents the manner in which the new, glossy structure meets the older neighborhoods nearby. The brilliantly-lit mall is in stark contrast against the old, worn-out residential buildings. It foreshadows, perhaps, their demolition, and the luxury towers that would replace them as part of the city’s urban renewal plans. Meanwhile, a mall salesperson describes to the interviewing students the growing gap between the lifestyle and buying habits of the city’s senior population, and the expensive items available in the new mall’s stores.

The exhibition posits various alternative programs and uses for malls passed their glory days. For example, Rishon’s late 1980’s Lev Ha-Ir Mall (Hebrew for “City Center”) is rapidly deteriorating after attempts at renewal have failed. According to the city’s planners, the mall’s numerous owners have posed a logistical and legal challenge, since most stores are privately owned by their operators. In its current condition, the mall only attracts few shoppers of mostly modest income. Other than that, it is mostly used as a shortcut by pedestrians who seek the shortest route to Jabotinsky street. At the same time, students discovered that many vocational schools have been set up there, along with various schools of art and adult education. These include an animation studio and schools of manicure, service and maintenance, electronics, and sewing. A similar collection of vocational schools can only be found in the city’s western parts, including in old malls on David Saharoff st. that have become shops and office spaces. Students point to Lev Rishon Mall’s architectural potential, with the open square at its center. Because it is similar to Tel-Aviv’s successful Gan Ha-Ir (“City Garden”) mall, they wonder whether it, too, can become an alternative space for learning and education. They wonder whether the city’s urban renewal initiative can (and at relatively minor costs) attract additional vocational schools to join the mall/ campus. If successful, this kind of initiative might allow the largely-ignored vocational education system to develop at the city center.

A different kind of social initiative is the idea to convert Klal Center, a 1970’s Jerusalem office and commerce complex, to an arts, culture and sustainability center. The initiative is supported by the Jerusalem Fund, the Wake Up Jerusalem movement, the Jewish Agency, the building’s management company, its resident business owners, and the Muslala artist collective. Malls around the world today cannot keep up with changes in modern leisure culture, and face extreme competition from online shopping outlets. They do, however, remain attractive to seniors, whose relative numbers are in constant growth. The students interview Rehovot Mall’s elderly “parliamentarians,” who enjoy meeting their friends at the food court, using that space as their chosen “arena for companionship, leisure, and rest in a safe environment”, as defined by architect Victor Gruen, the inventor of the modern mall.

In a recent study, Marik Shtern describes that, since Jerusalem’s malls are open to both Jewish and Arab shoppers, they can actually serve as a place for nonviolent interaction at times when the Israeli-Palestinian conflict is burning low, and are actually fostered as such by global shopping culture. Polina Welkovski frequently visited Jerusalem’s Mamila and Malcha malls in December 2015, at the height of “the individual’s intifada.” She interviewed friends, shopkeepers, and security guards, and her work documents an atmosphere of fear, suspicion, and insecurity against a backdrop of a highly normalized consumer culture.

When American malls were first built in the 1950’s, they posed a threat to traditional main streets and urban centers. But at its best, capitalism can combine and contain any competing alternatives in its inherent attempt to maximize return from all possible forms of consumption. For that reason, many malls remain cautious of differentiating themselves from the city center. Rather, they make efforts to return and connect to it by combining open, public, un-air-conditioned spaces – just like a traditional city center. At the same time, many urban and public services (such as doctors’ offices and even train stations) are located in malls. In the recent past, most open malls were affordable malls, while today’s open malls tend to be luxury malls, such as Ashdod’s Big Fashion malls. The mall’s return to traditional urban commerce is also visible in its featured food markets, which have become a major attraction that revitalizes older malls. The exhibition charts the food routes of the “people’s heroes of the mall,” as the students call Dizengoff Center’s cooks and bakers. 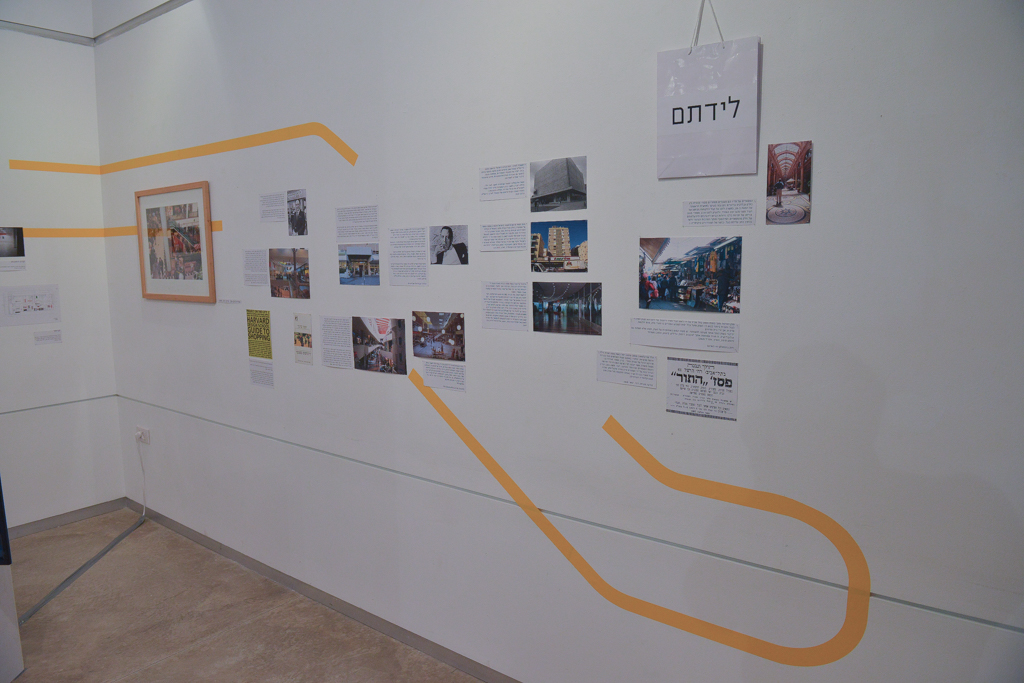 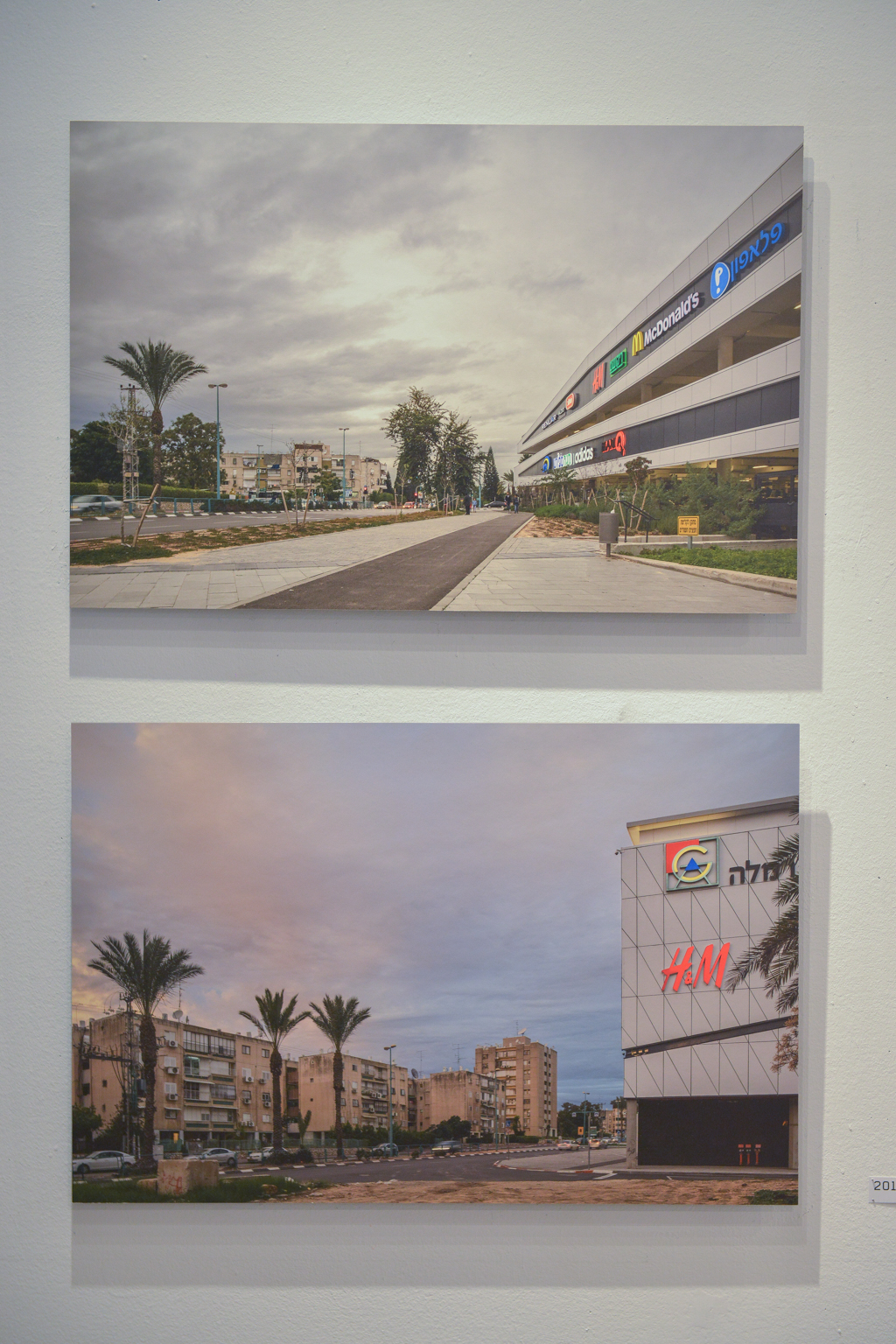 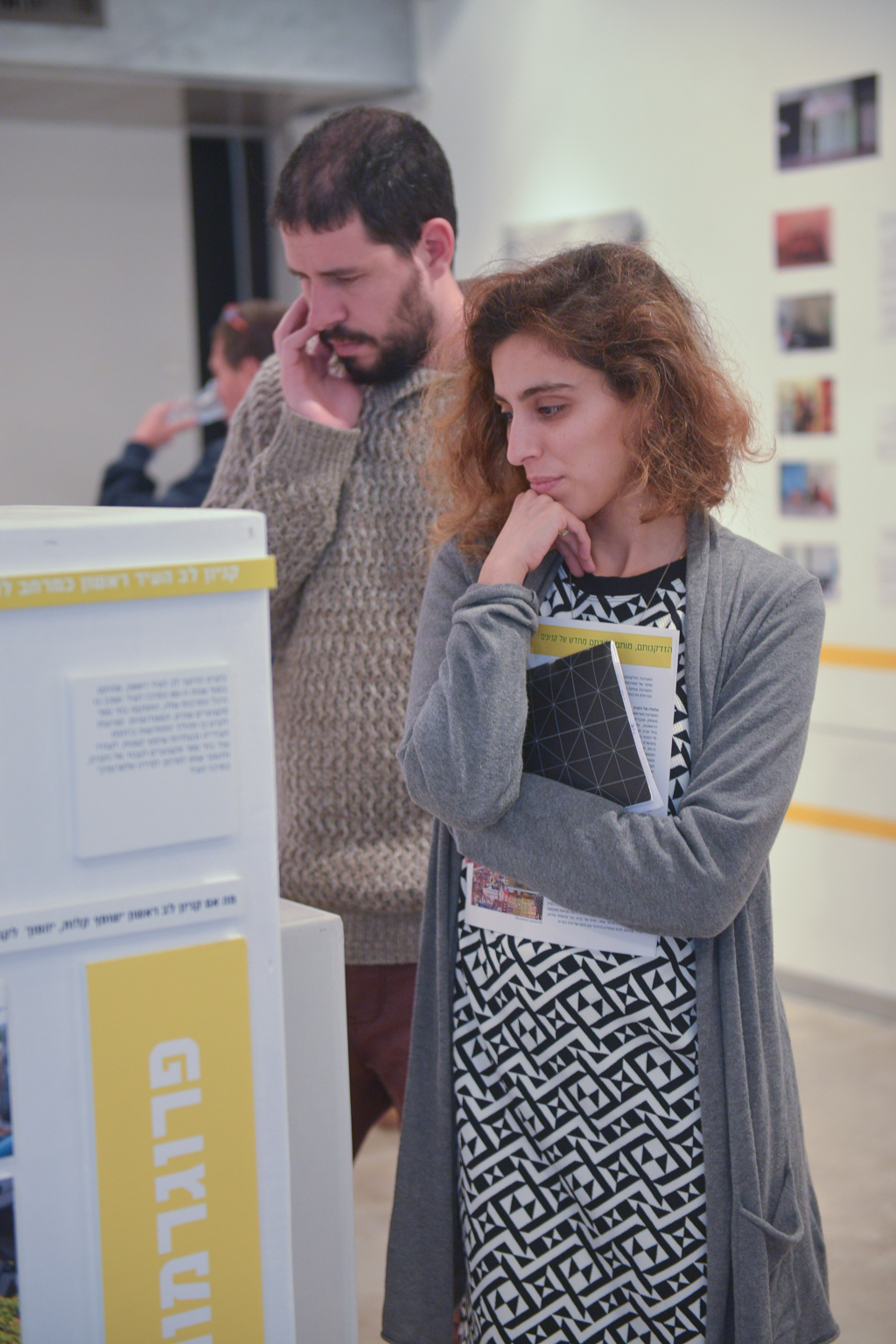 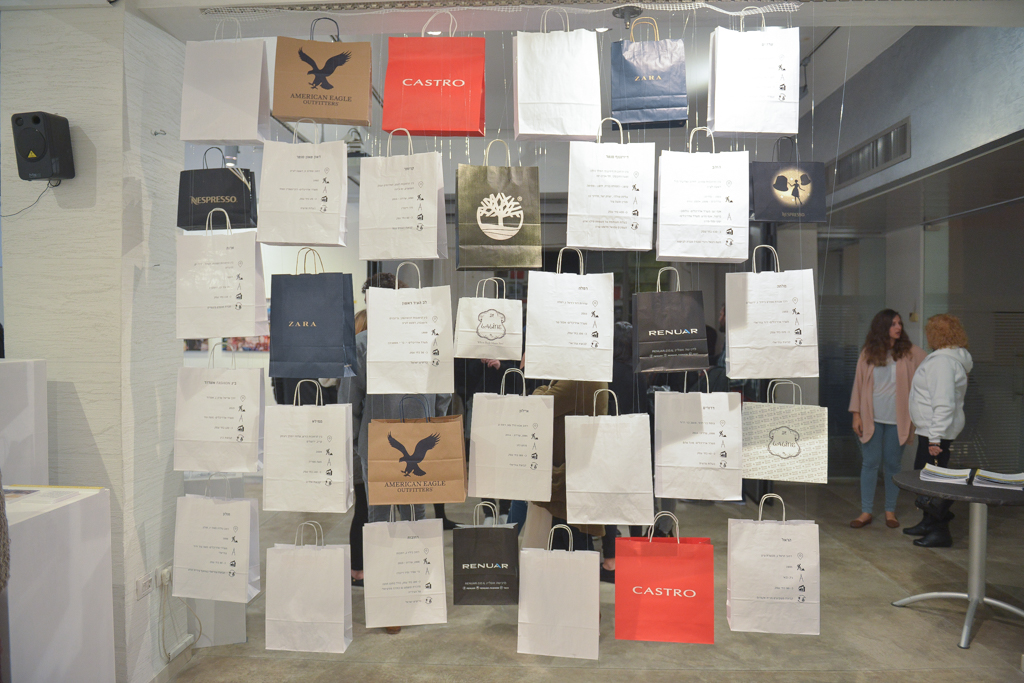 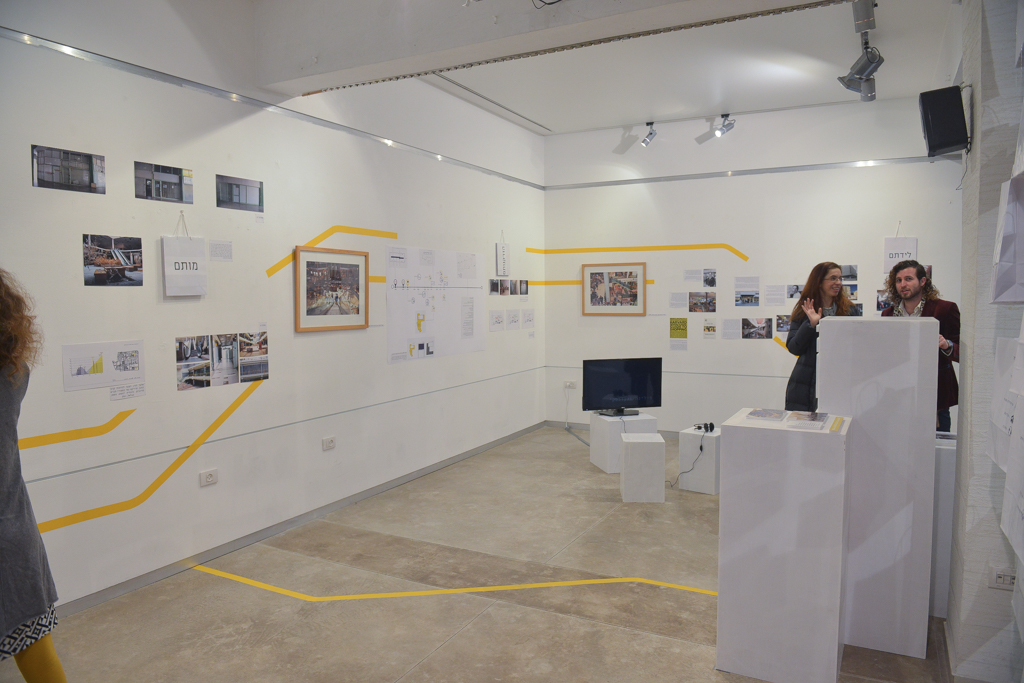 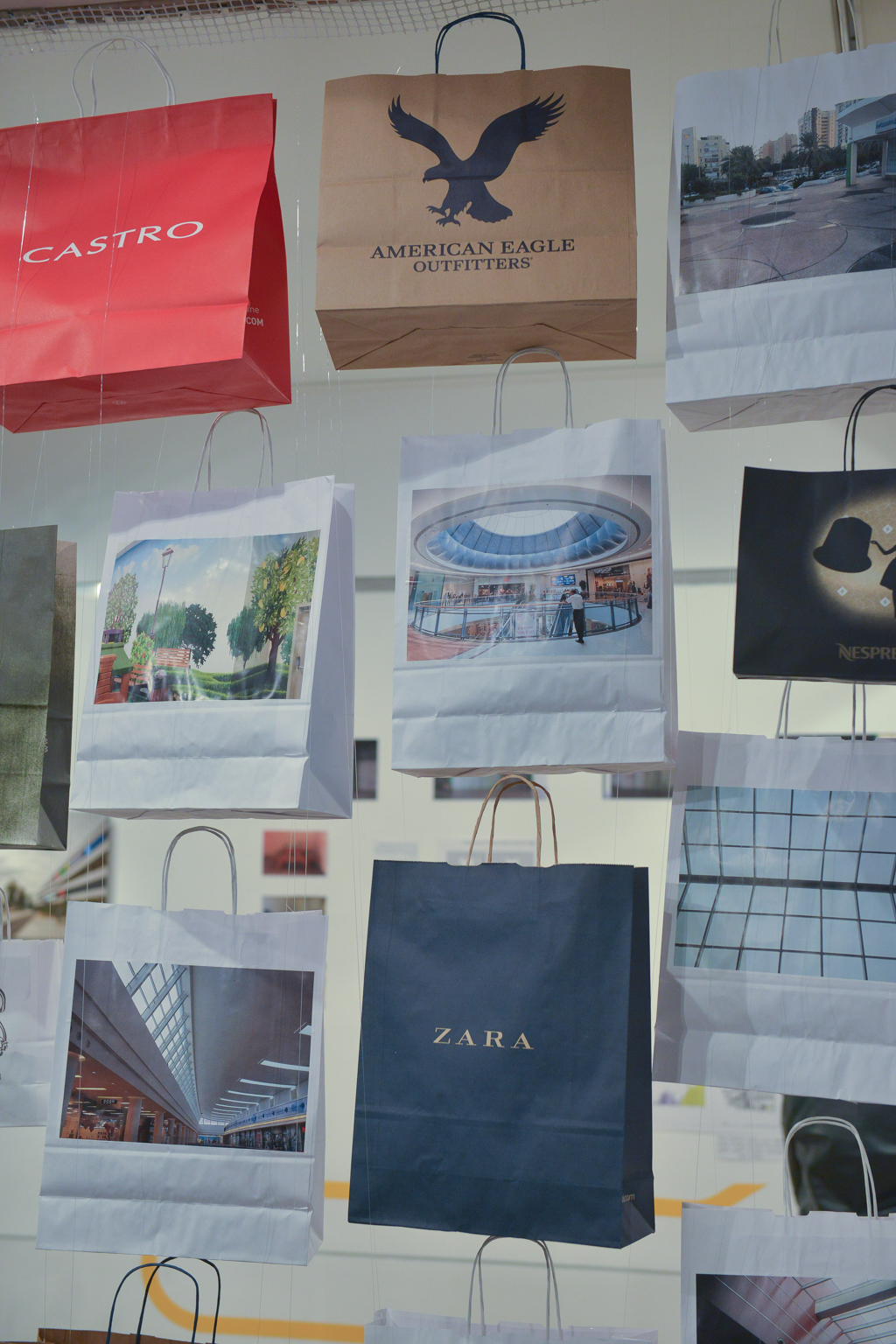 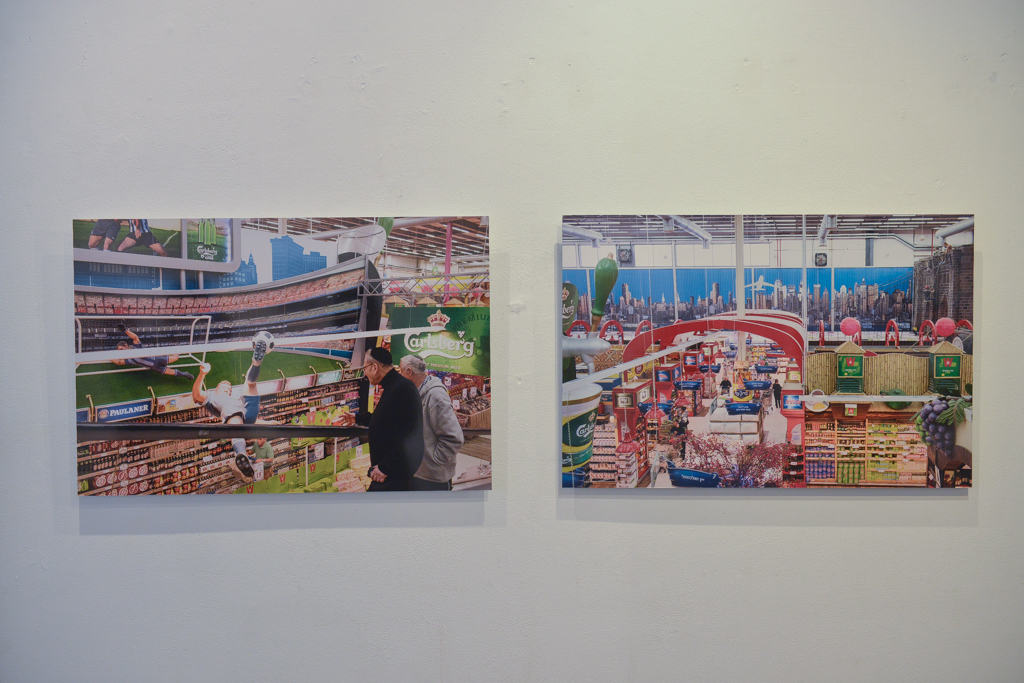 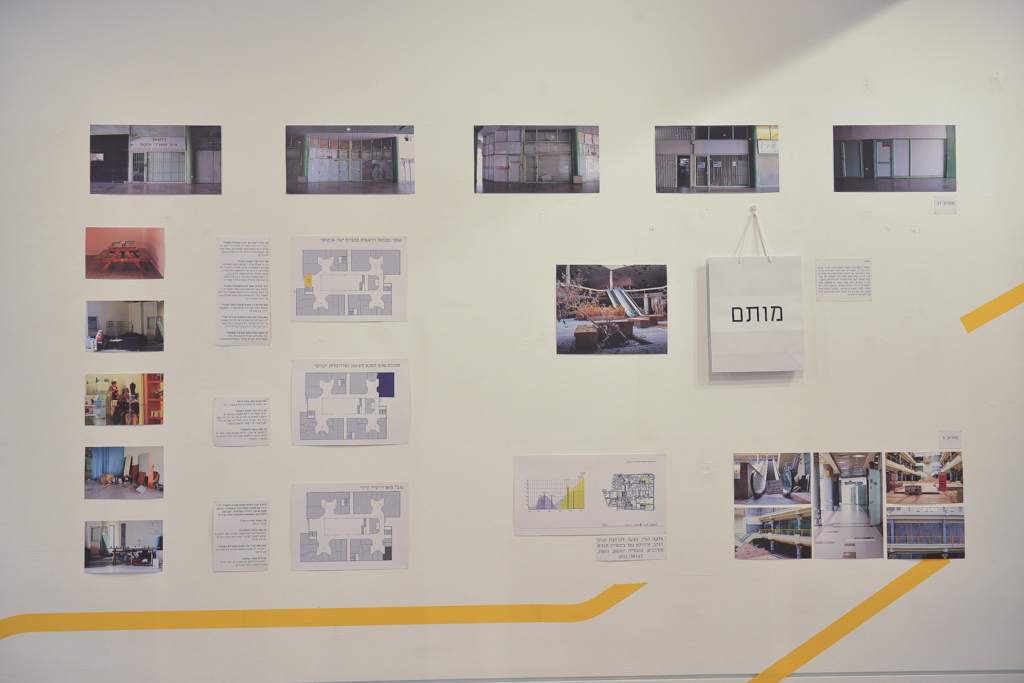 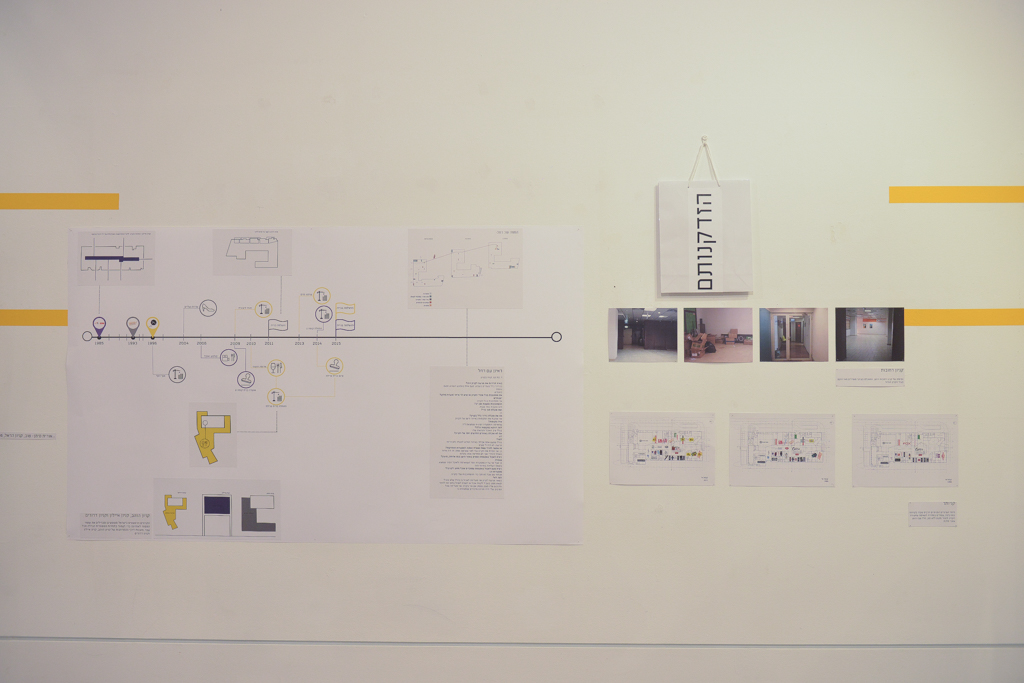 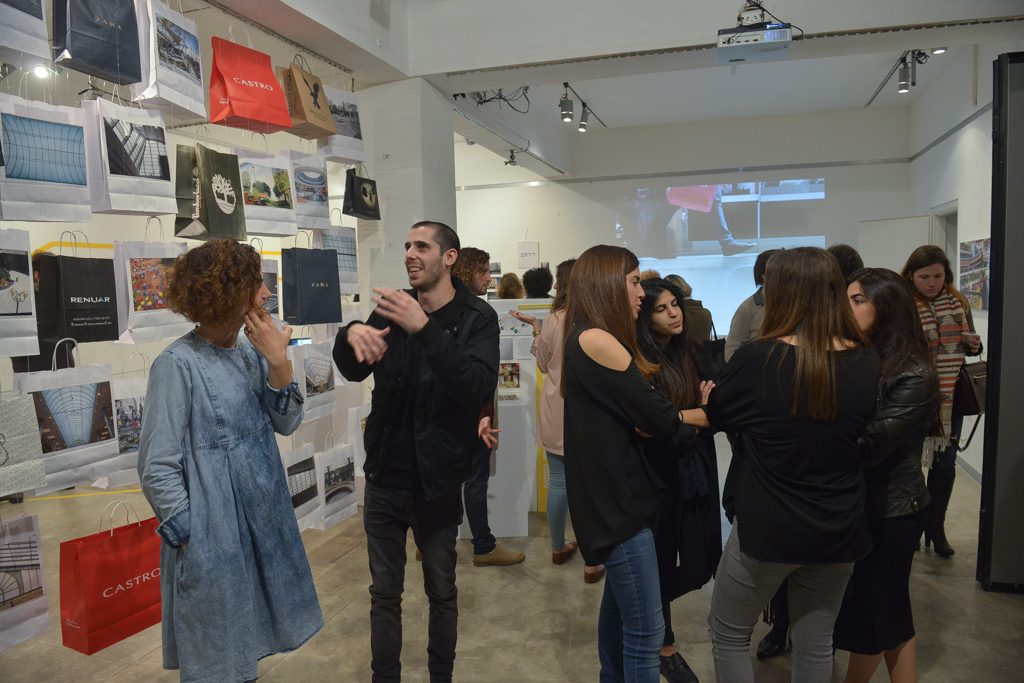 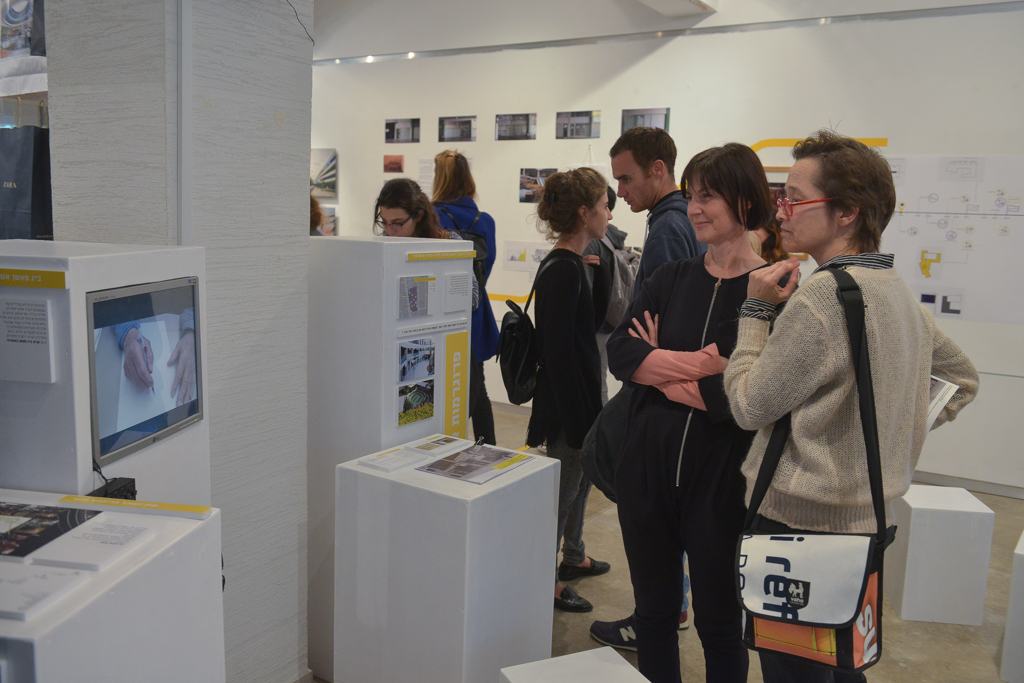 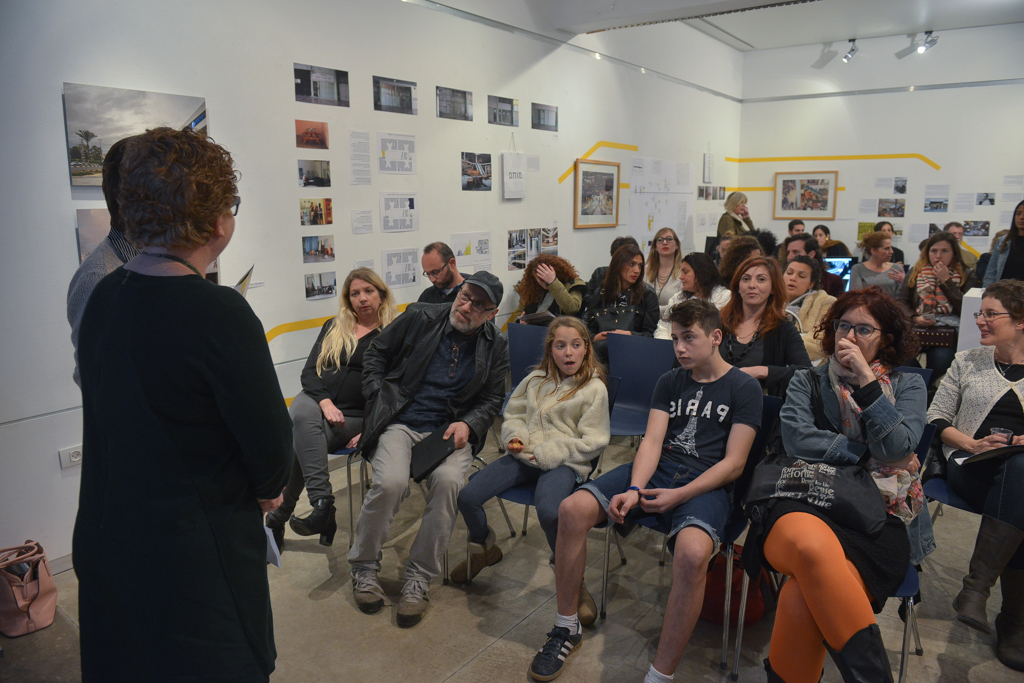 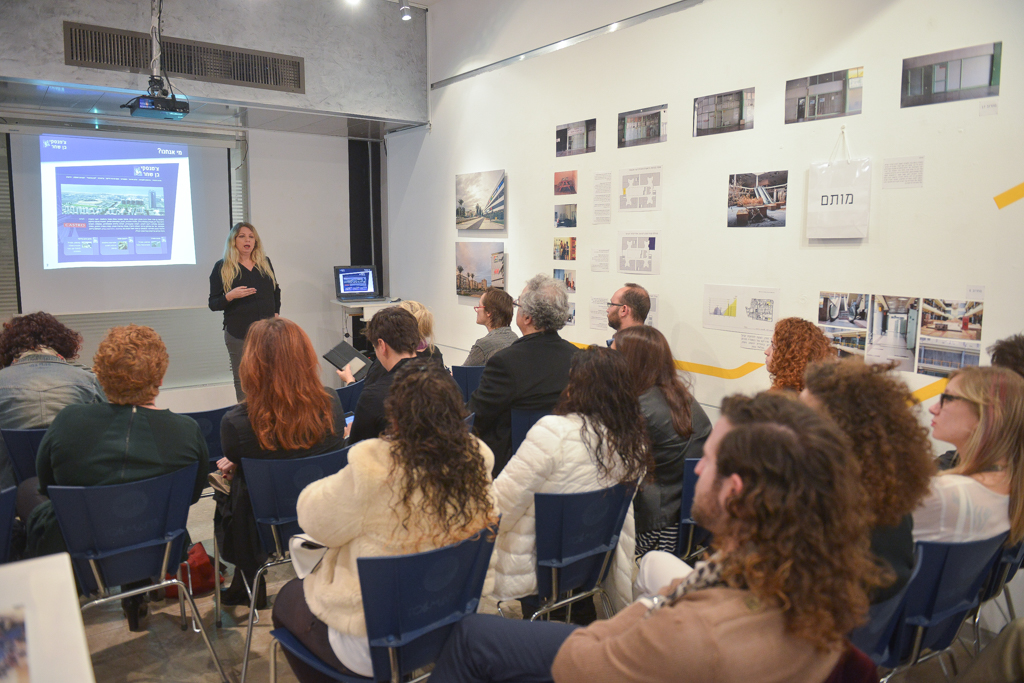 The Aging, Death and Rebirth of Shopping Malls 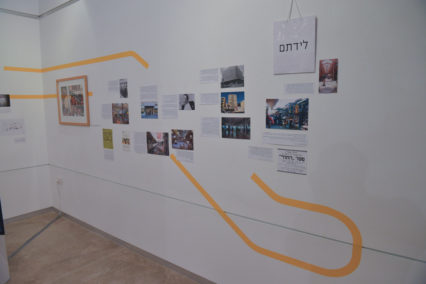 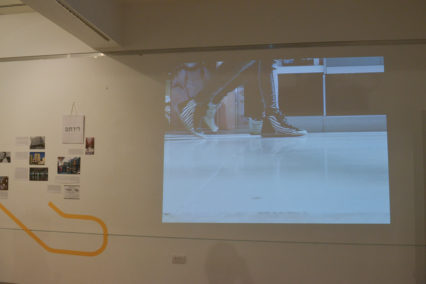 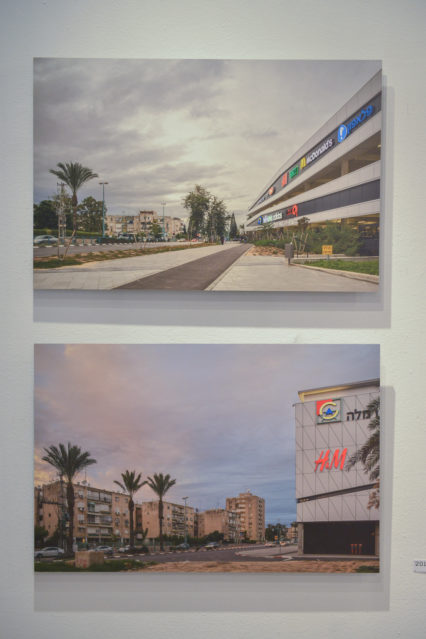 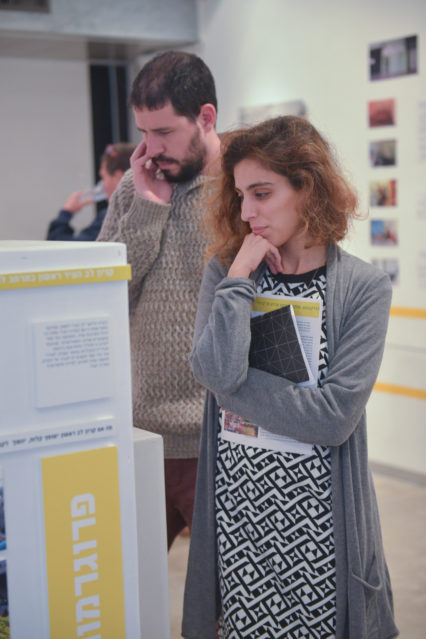 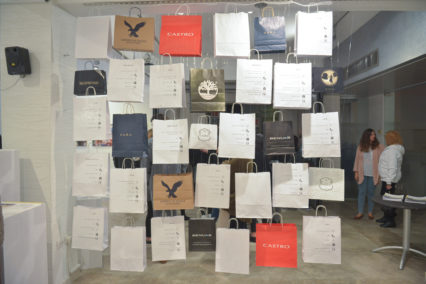 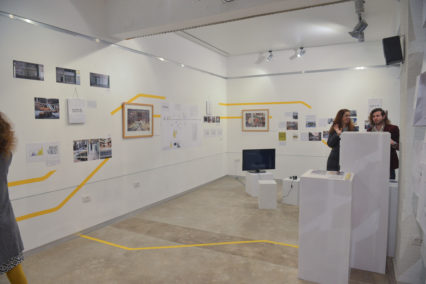 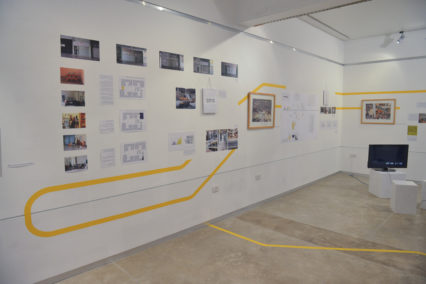 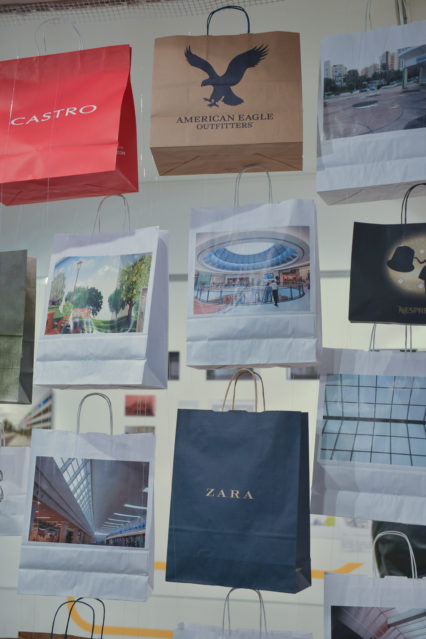 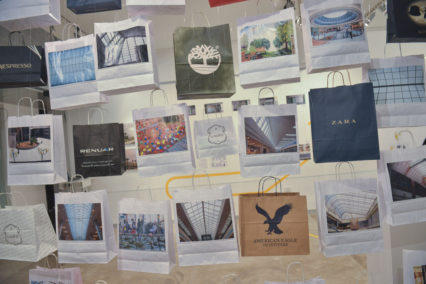 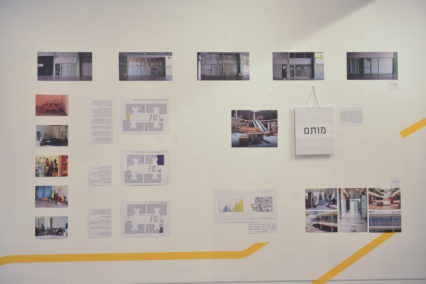 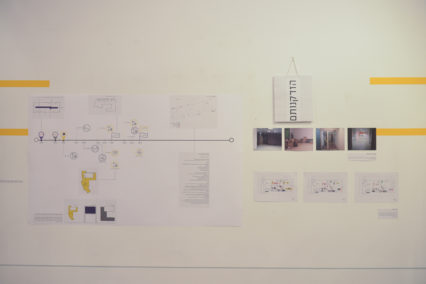 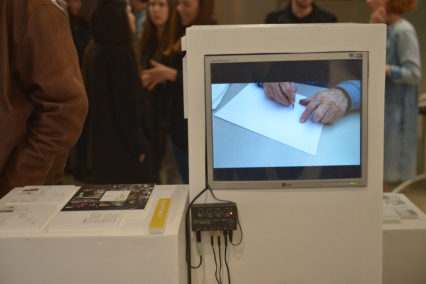 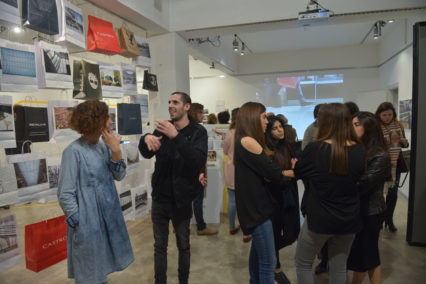 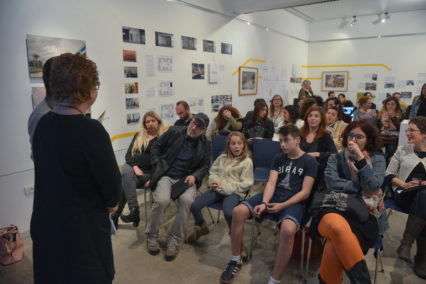 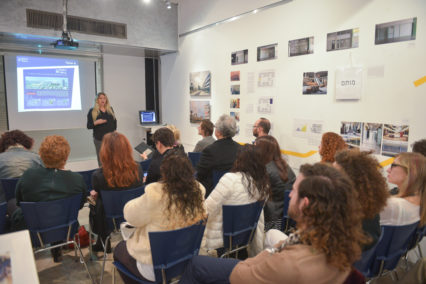