Fear and Privatization in Every Home

The exhibition “Safe Haven” turns a gaze to the shelter and to the multitude of manifestations of built civilian defense that shape the space and make the security threat and military violence ever-present in the routine of life in Israel, and in particular to the developments in built defense in the past decade.

Soon after Israel’s disengagement from the Gaza Strip in 2005, the tensions between Israel and the Palestinian Authority, which had begun in 2001 , quickly escalated. This was reflected in a governmental decision from 2006 to provide immediate solutions against Hammas short-range missiles by bomb-proofing major educational facilities. This political decision was commissioned overnight, in order to provide a sense of security for the already-furious Israeli residents of Sderot, the largest city in the vicinity of the Gaza strip, who had been forced to live with up to a hundred missiles a day.

The first stage consisted of bomb-proofing twenty four schools in and around Sderot within the time frame of one year. Special budgets were allocated for the task, involving the ministries of education, defense and finance, while architecture firms were hired for the job, each working with a local engineering company. All of the schools received unique, custom-built solutions, consisting of walls or canopies made of reinforced concrete, positioned and angled perpendicularly to the missiles’ anticipated trajectory. These solutions, positioned on top and around existing buildings, created both a new physical “skin” and a new type of architectural reality, in which the former playgrounds were now indoors, secluded and derived of sunlight, while their physical appearance was more offensive and fear-provoking than they actually were.

Today, these solutions are unanimously criticized and scrutinized – even by their own creators – as ‘unaesthetic’, blaming the political pressure as leading to hasty solutions. They are also criticized for being overtly expensive – costing around seventy-five million shekels – more than the cost of rebuilding some of the schools. This criticism, coupled with some doubts as to these structures’ real bomb-proofing capacities, resulted in a decision to rebuild these schools in new locations and in accordance with the latest bomb-proofing building code. These new educational facilities are proudly presented by the architects who designed them as “structures that look normal, not like a bunker”, suggesting that the sense of fear, which was evident in the former solutions, was abolished.

A quick examination reveals a reality that is somewhat different; while the schools may look ‘regular’ and devoid of any external bomb-proofing elements, on closer inspection it is evident that the external windows are positioned higher than normal, at +1.40 meters from the ground, not allowing the students a view out when seated, while their aluminum frames are twice thicker then they usually are, as are the concrete walls that, although painted in white, still transfer sound in a rather muted manner. Around the playground itself, some strange-looking concrete shelters are scattered, shaped like snails, which are meant to provide shelter for the children who play in the yard and have no time to run inside.

The harsh reality, though, is far more alarming. These concrete spaces, bomb-proofed classrooms and hallways, marketed by the government as completely safe and evoking a sense of security in parents who send their children there on as daily basis, are useless in case of a direct hit by a mid-to-high power missile. In many tests that were conducted by the Israeli army’s Civil Defense unit, they were acknowledged as a solution against debris and damage caused by indirect hits alone, providing safety levels of a mere 5% more than a standard-built space.

In 2008, the Olmart government decided, following court rulings of the Supreme Court of Justice on this subject, to safeguard, in addition to the education structures, the residential homes in the first frontier of the settlements that are exposed to direct missiles from Gazza. The decision was to add “Mamad” – Apartment Protected Spaces, specially-built safety rooms at a size of 9 square meter, for approximately 6,000 residential homes and apartments in in the range of maximum 4.5 km from the fence that encompasses the Gazza Strip. The protection needs of settlements beyond this range will be provided for by a “Metal Dome” system. In fact, the safeguarding of the settlements in the proximity of Gazza upgraded the protection in the older neighbourhoods in the periphery settlements according to the new building standards, i.e. a “Mamad”, which is a private shelter, in every home. In the new building in frontier areas there were safety rooms even before the Safeguarding Project, but when they were added to the old building in Sderot, in the villages and Kibbutzim in the Gazza area they took on a new appearance, typical to safeguarding in the periphery: the appearance of a building addition. Even when they are built in the building site, the safety room “boxes” look as though they were dropped there from elsewhere, and in most cases they are foreign to the local building. The size of the constructed additions are similar to the size of a standard safety room (9 square meters) and their height is between one to three stories, according to the height of the building. The new safety rooms are usually entered from one the bedrooms in the apartment, in order not to harm the openings of the living rooms, which turn to the street. The safety rooms were located as far as possible from the direction of the threat, and when placed in the direction of the threat metal visors were added above the openings of the apartments. Thus, the location of the safety rooms was determined according to several architectural considerations, aimed at preserving the apartment’s openness to light and air, and according to its function. However, despite the marked planning efforts, the additions changed the facades of the buildings considerably, as well as the private and semi-private areas in which they were placed, the spaces between the houses and the streets themselves.

The safeguarding of the settlements in the Gazza area is a national project, with a governmental budget of approximately one billion dollars. In this project, the long-suffering residents received funds of circa 110,000 Shekels per home and the addition of a room to their apartment that was funded the state. The Ministry of Housing and the managing companies regarded it as a social project that required close and everyday public cooperation, extraordinary in its scope, between the project management, the contractors and the residents. The residents’ signature was required on all building permits, and at the end of the building the contractor was required to return the building to its former condition, as a condition for receiving payment. In all of the settlements, the project’s planners, managers and contractors had to cope with intervention on a large scale in a populated area, with the residents’ suspiciousness, with building density, with partial information about infrastructures and with complications that was enforced on the original planning by the reality in the field.

This kind of defensive architecture reveals itself as a structural hybrid with strong architectural impacts, enforced upon an entire population in a bid to project a false sense of security. Architects take no part in the decision-making processes and are given a building code manual that they have follow rigorously with no changes allowed. In the Israeli building culture, the impacts of defensive architecture are evident everywhere, from the urban playgrounds erected over underground public shelters to the condominium towers adorning the skyline with externally mounted safety-rooms. Their evidence implies that Israel is a country in a constant state of emergency, representing a shift from the Zionist idea of a country that would serve as a shelter for the Jewish people to a country that is, in its entirety, in a shelter. 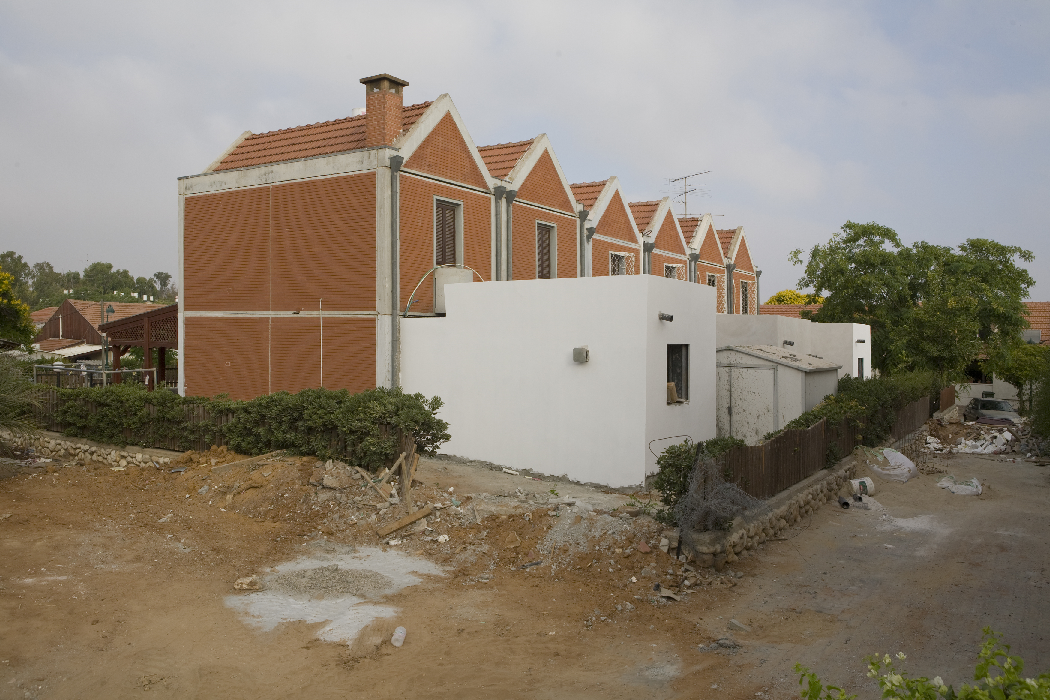 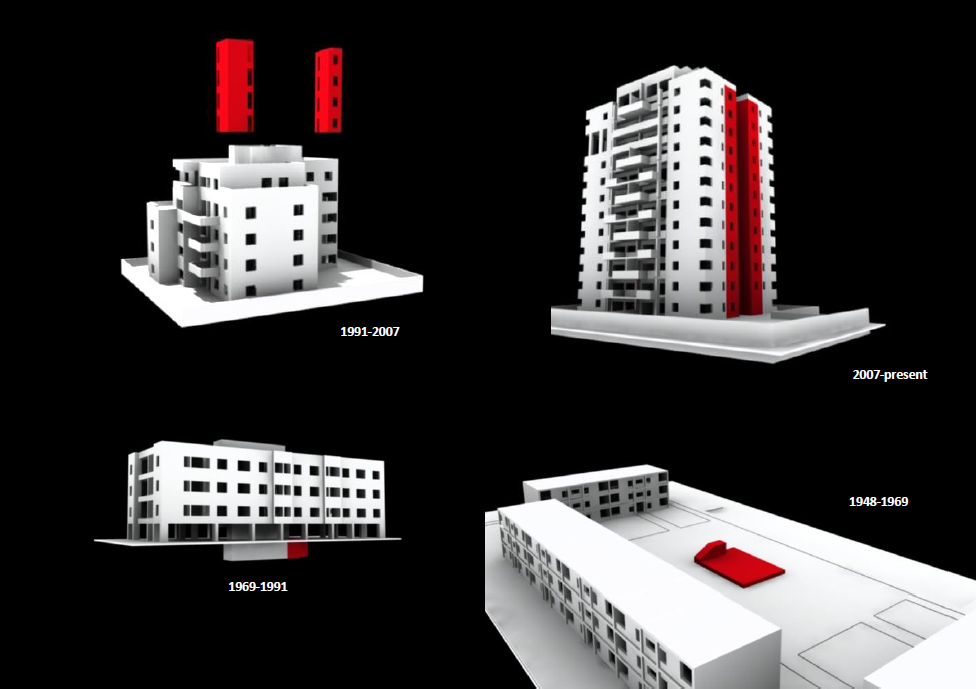 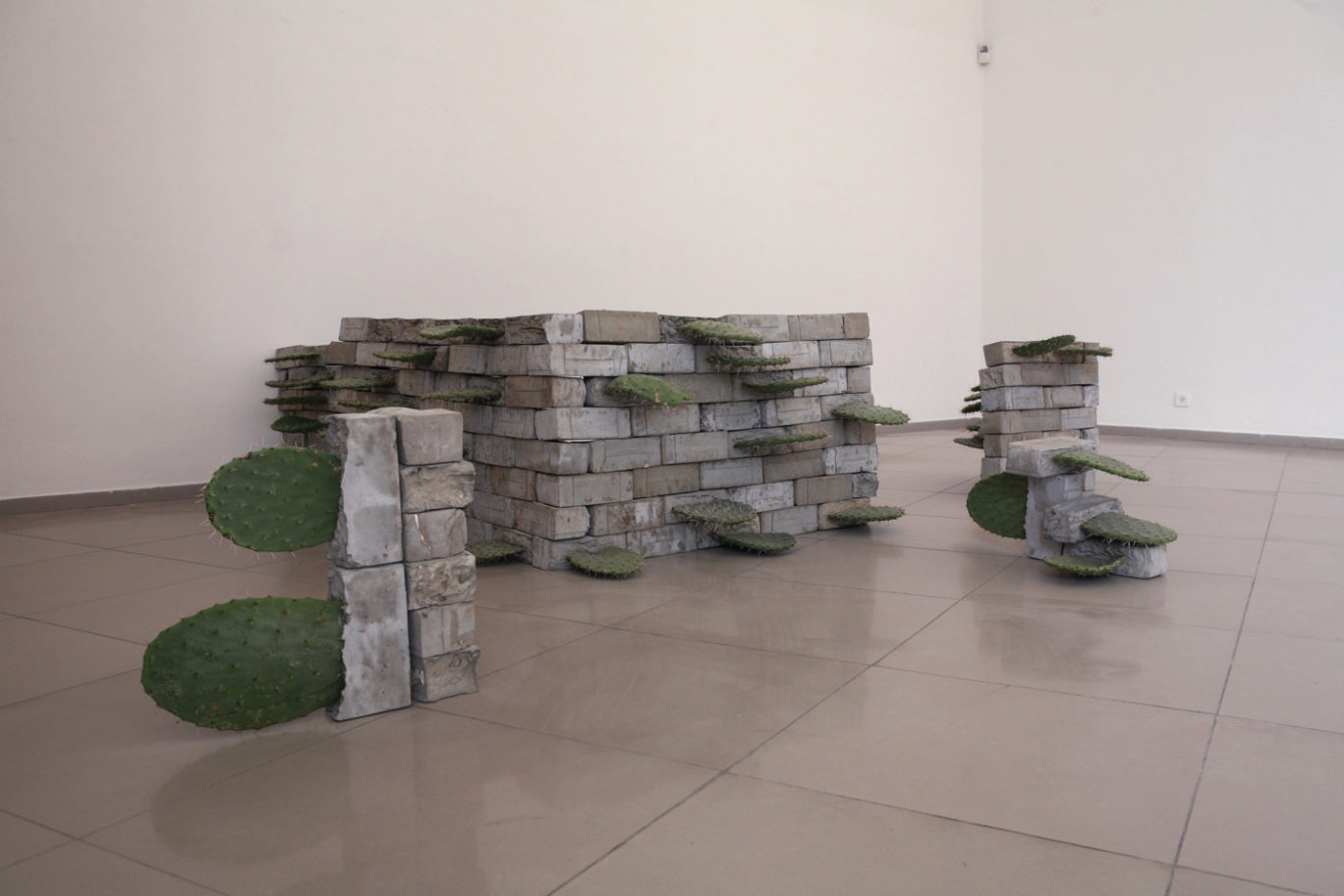 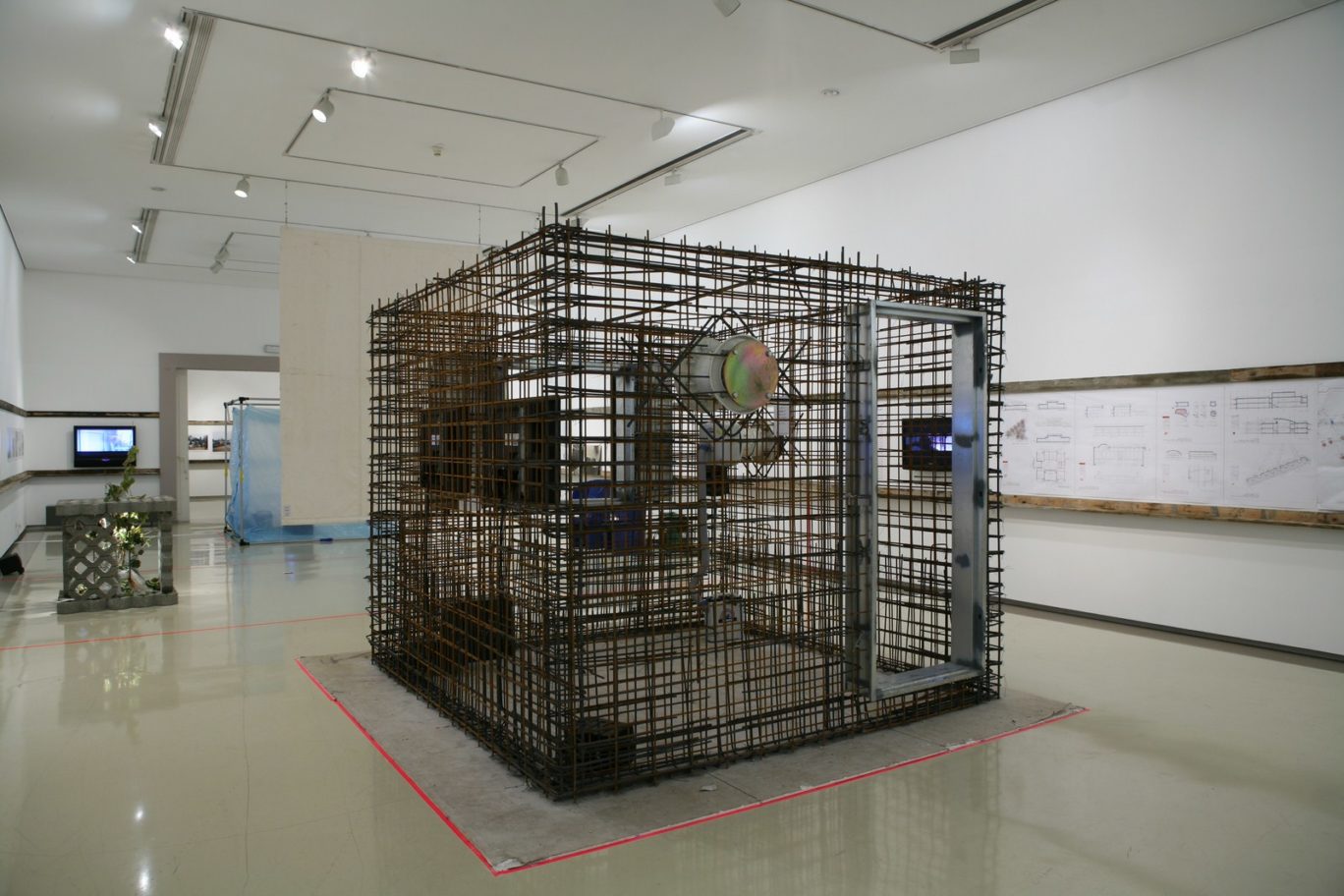 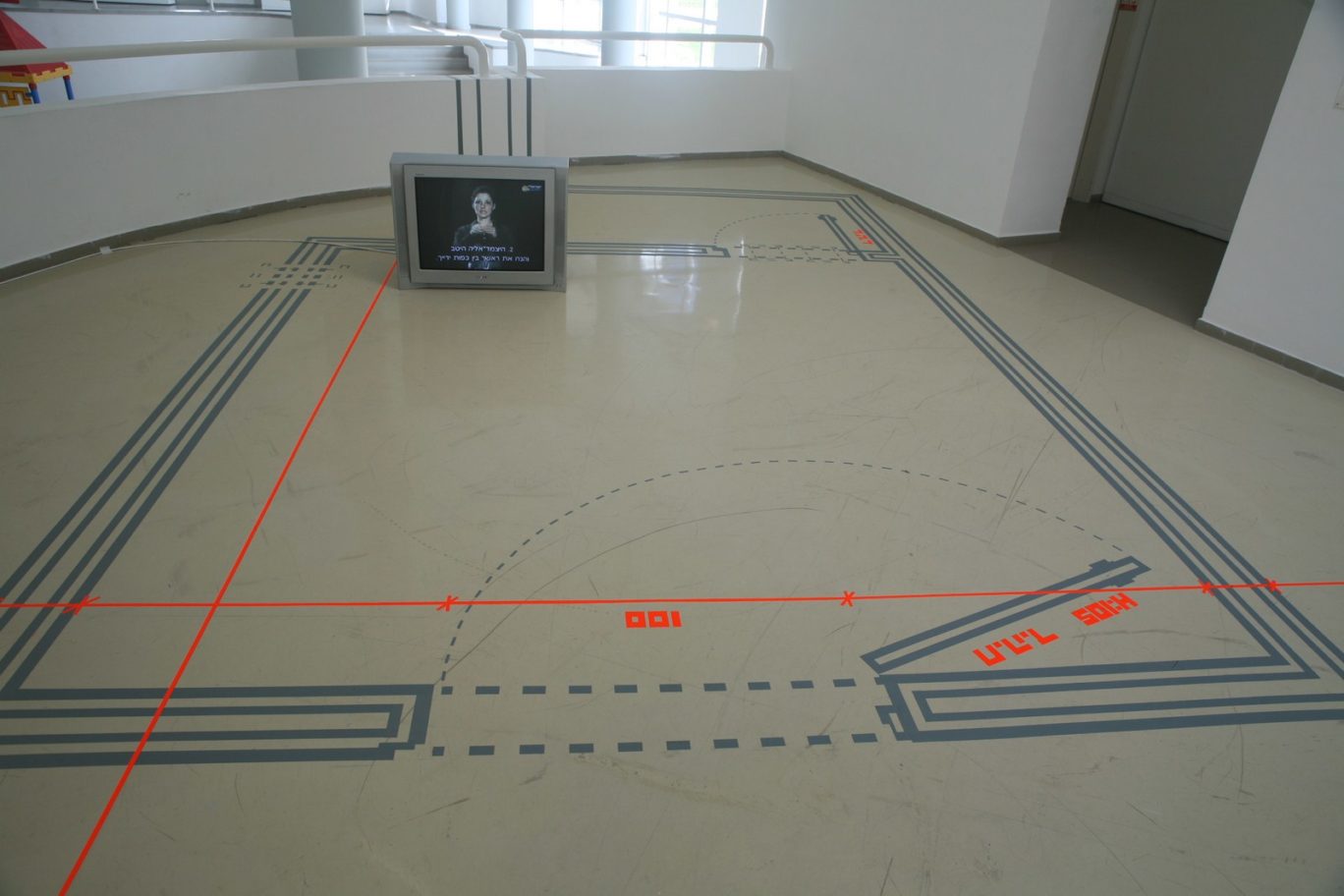 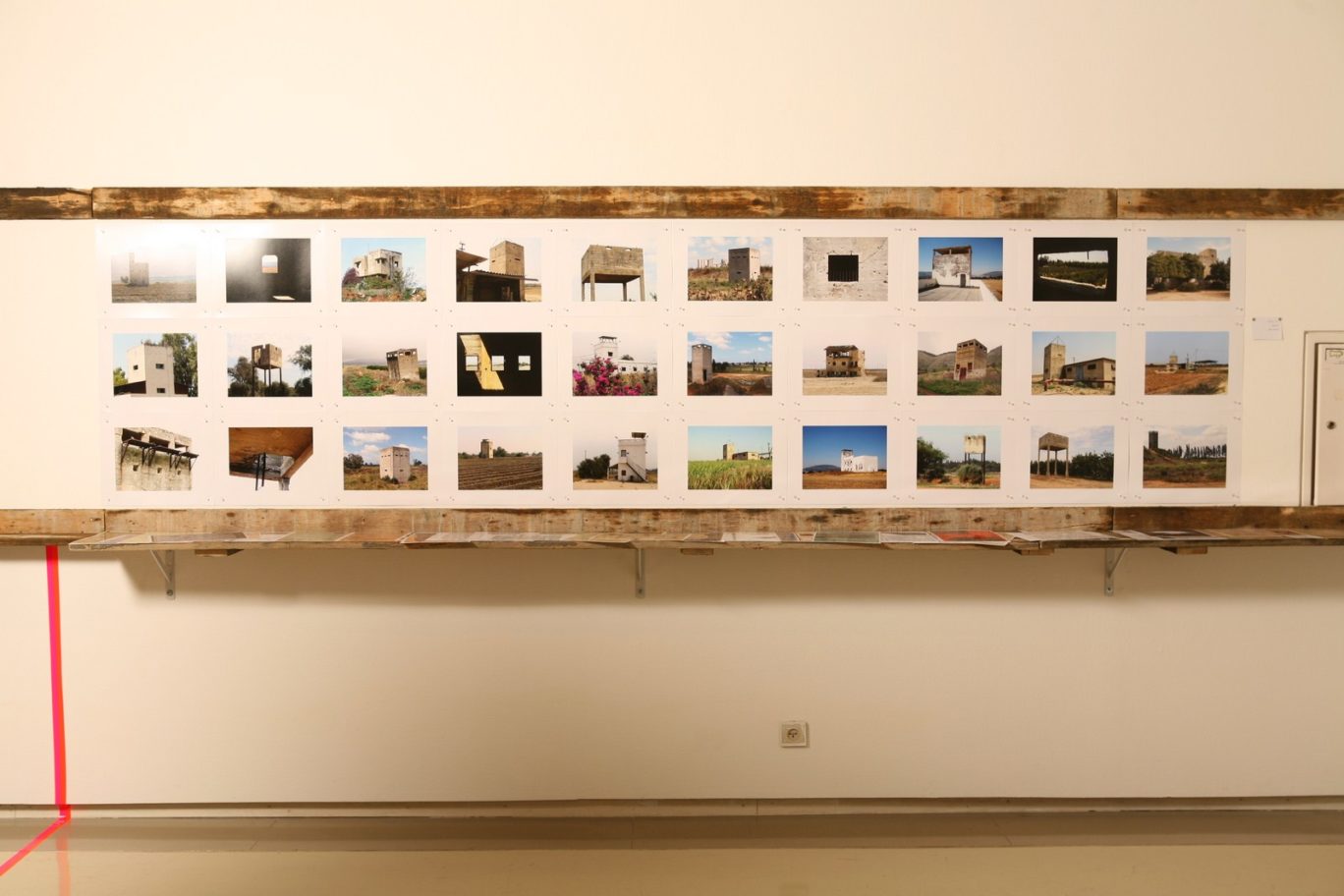 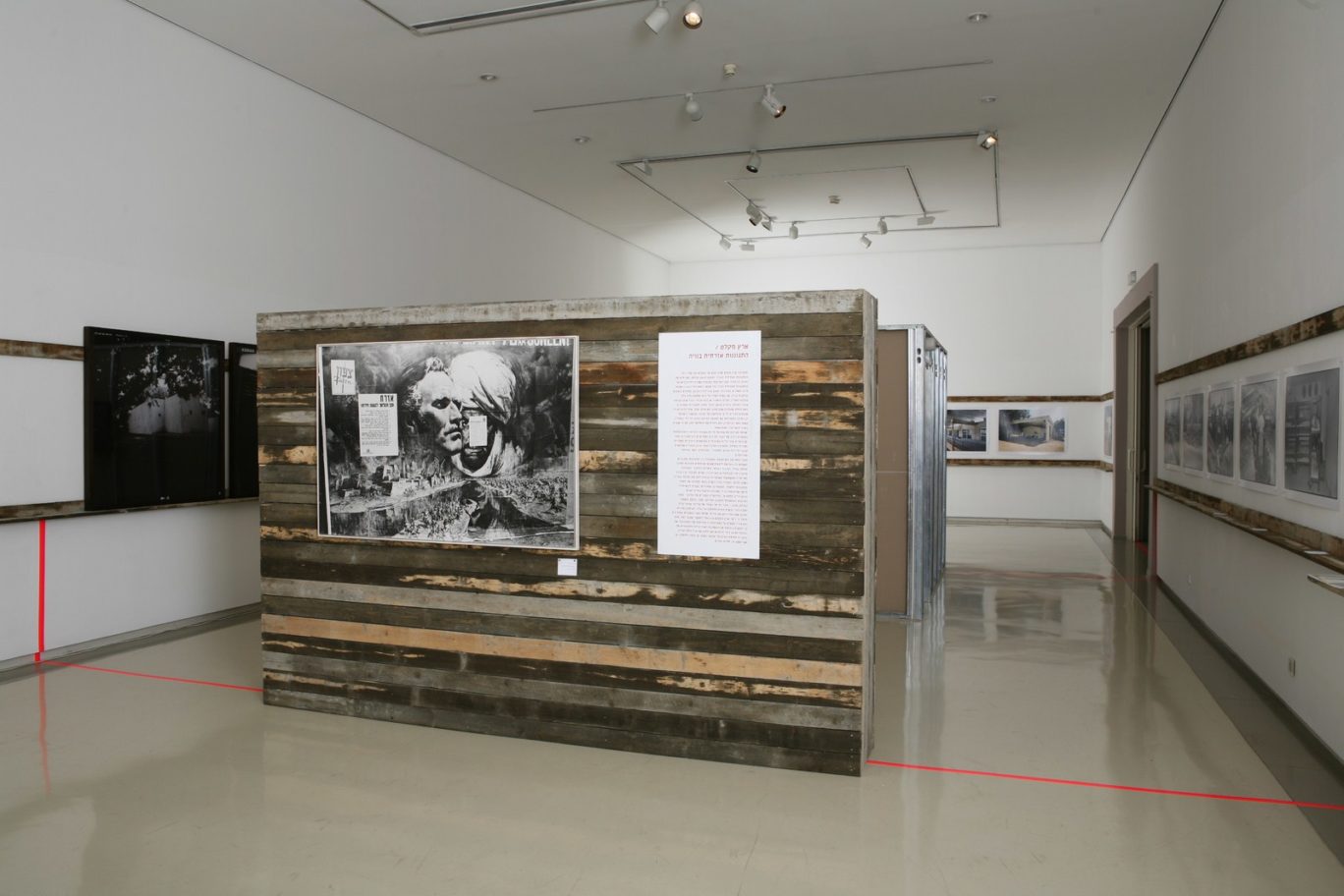 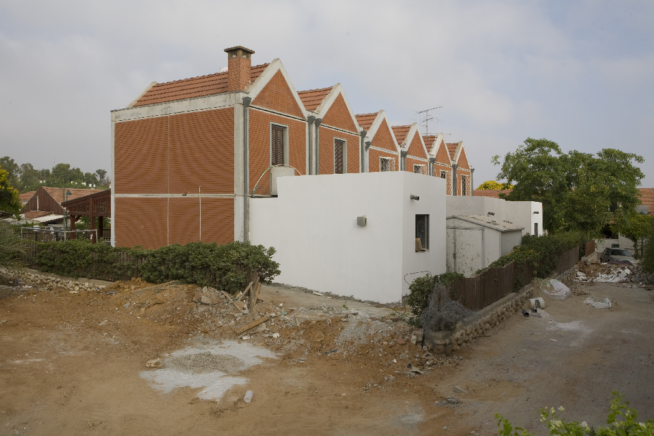 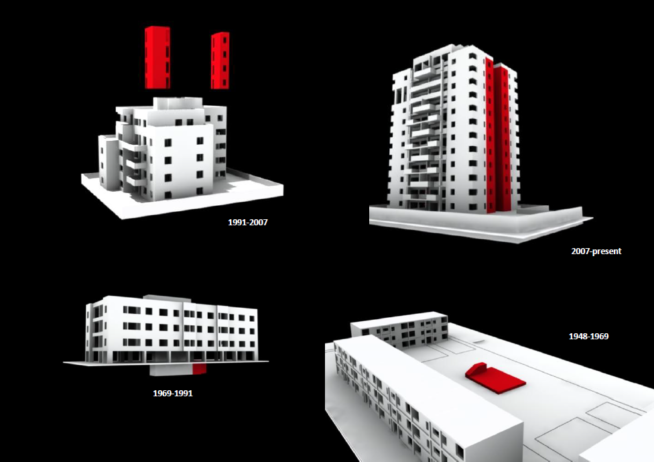 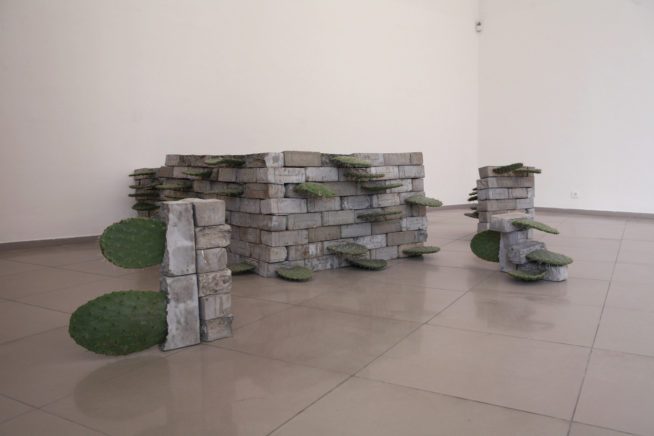 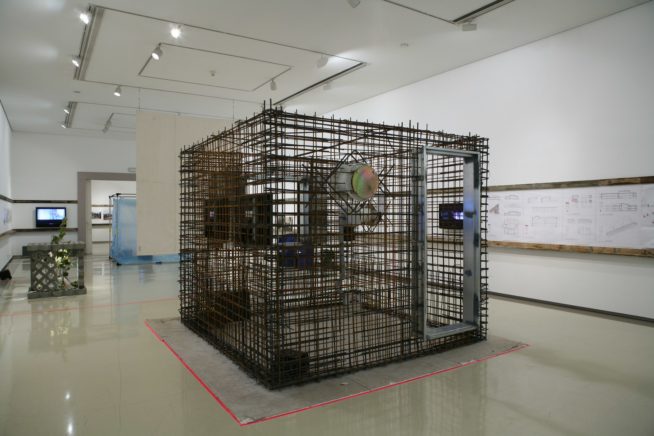 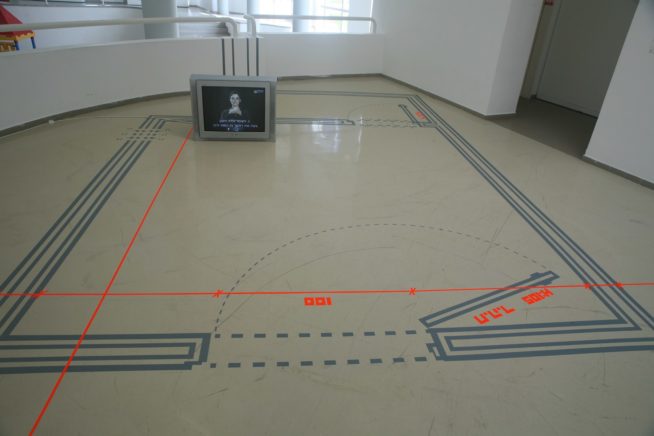 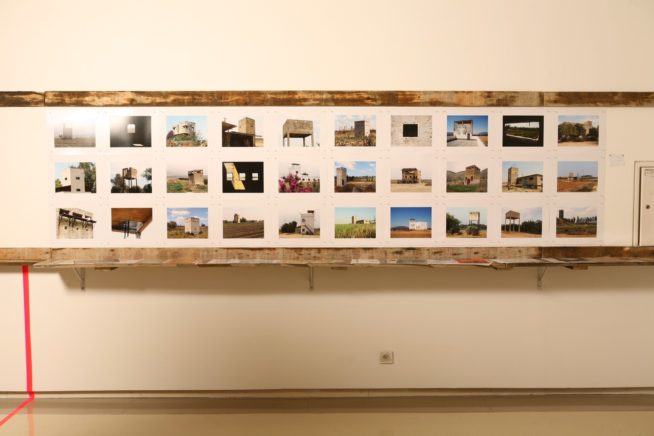 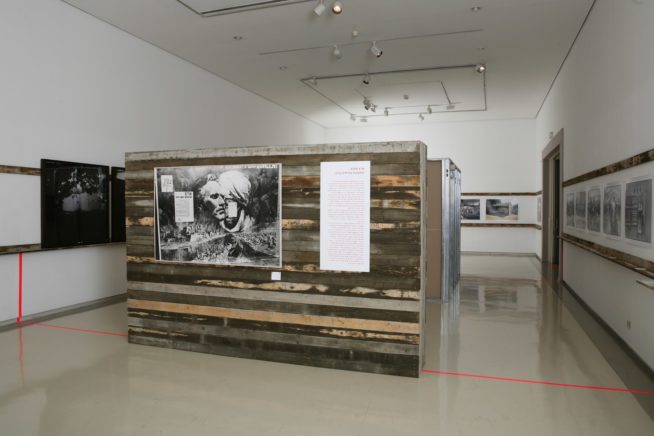