Sivan’s photographs depict the different manners in which residents modify the physical space around them: they trespass on public property, thereby claiming a private territory in the public space; they adapt public spaces to commercial use as marketplaces; they add makeshift supplements to their homes and businesses; and decorate their fronts with murals, graffiti, and bricolage in mixed, improvised techniques. Their aim is double: to protest their neglect by the authorities, and to reaffirm their neighborhood, religious, or national identity. The exhibition thus focuses on the relationship between Jerusalem’s architecture and residents, examined in two axes: past vs. present, and east vs. west.

Through architecture, and through diverse neighborhoods that feature different religious and historical sources, Sivan captures a potential to dissolve the strict discrepancy between the public and the private. He captures the collective need to express both group and individual identity in one’s space, and a shared urge to decorate and improve one’s living area. By juxtaposing east and west Jerusalem, Sivan’s photographs expose general similarities in the way residents treat their spaces, similarities rooted in common building traditions and the Mizrachi/ Oriental identity of these neighborhoods’ original residents: The Old City’s Muslim and Christian quarters are populated with Palestinians, while Musrara and Nachlaot were settled by Jewish immigrants from Mid-Eastern or North-African diasporas (some of whom live there to date). As years went by, however, these neighborhoods lost much of their original identities: In Musrara, the sense of community was weakened after ultra-Orthodox Jews had moved in, while Nachlaot suffered from accelerated gentrification by foreign French and American Jews. The exhibition also reveals Sivan’s criticism of the common perception of architecture as a product finished once it has been planned and constructed. He tacitly asks architects to view planning as a continual process that invariably involves the local residents. 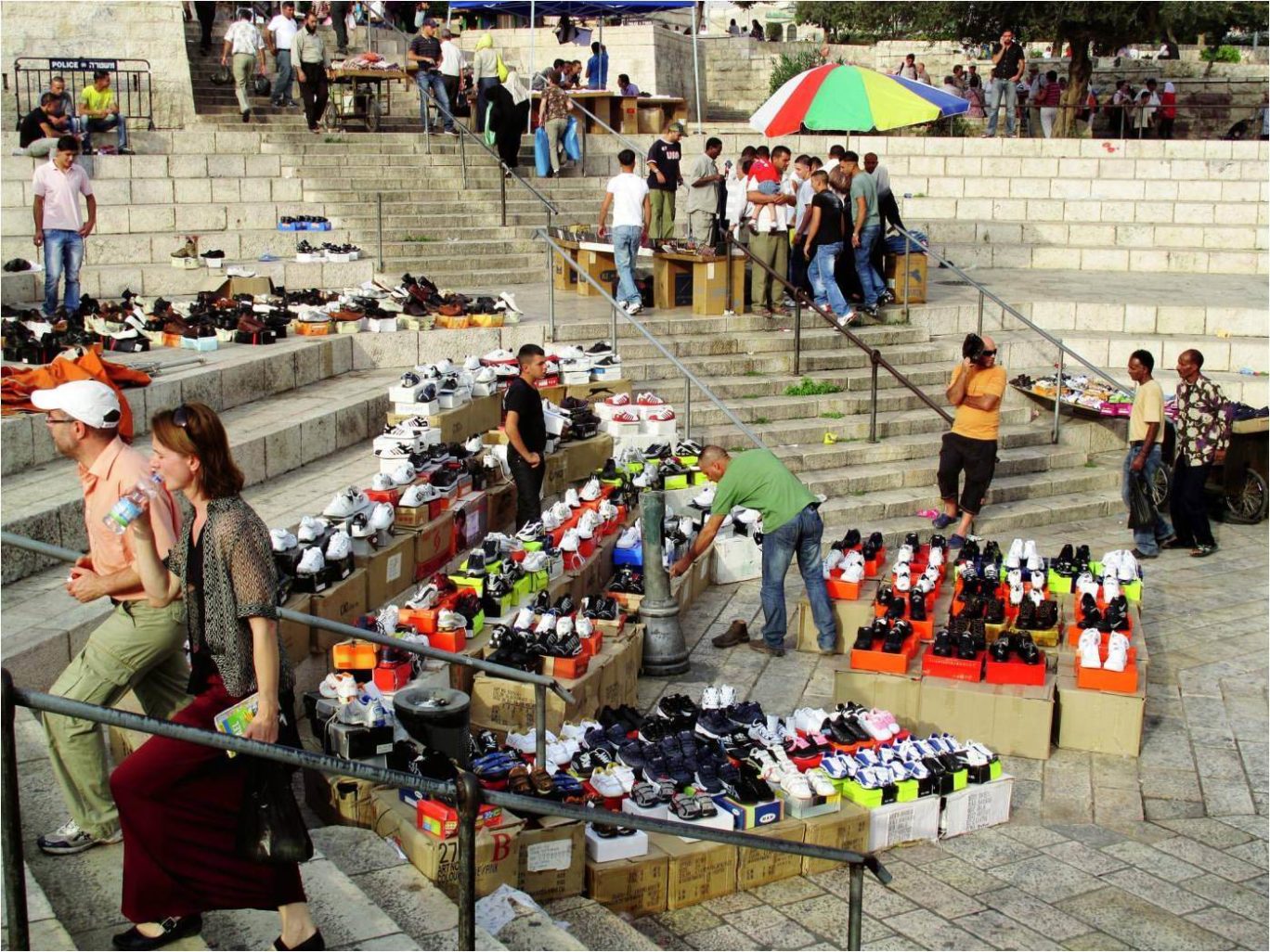 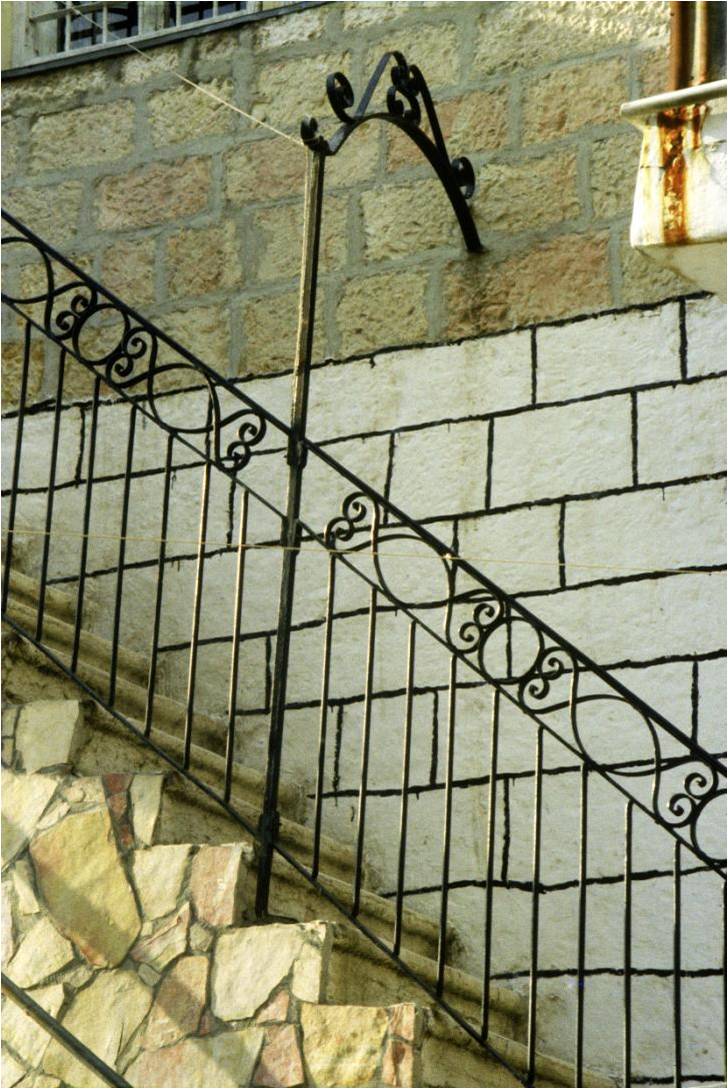 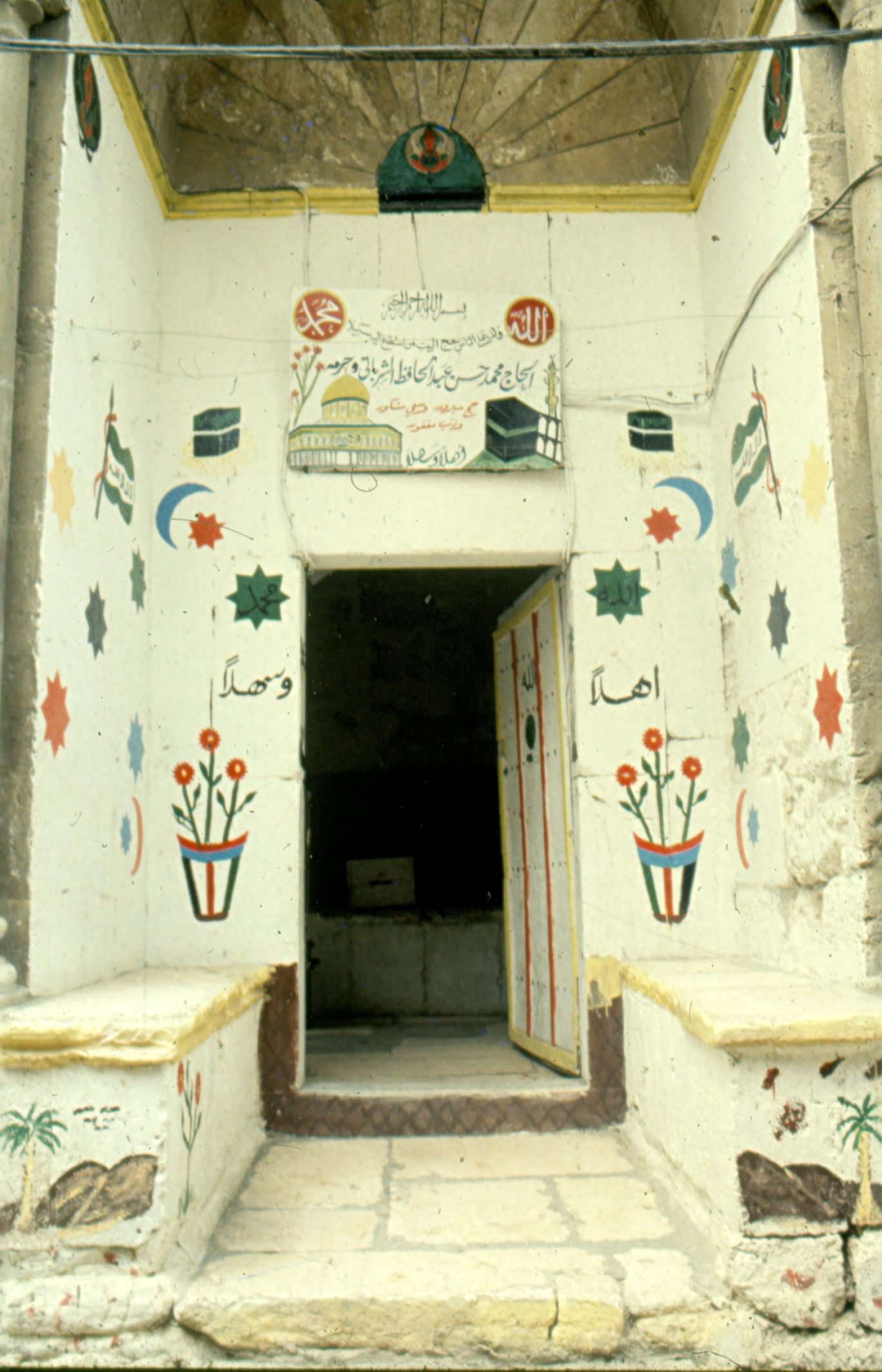 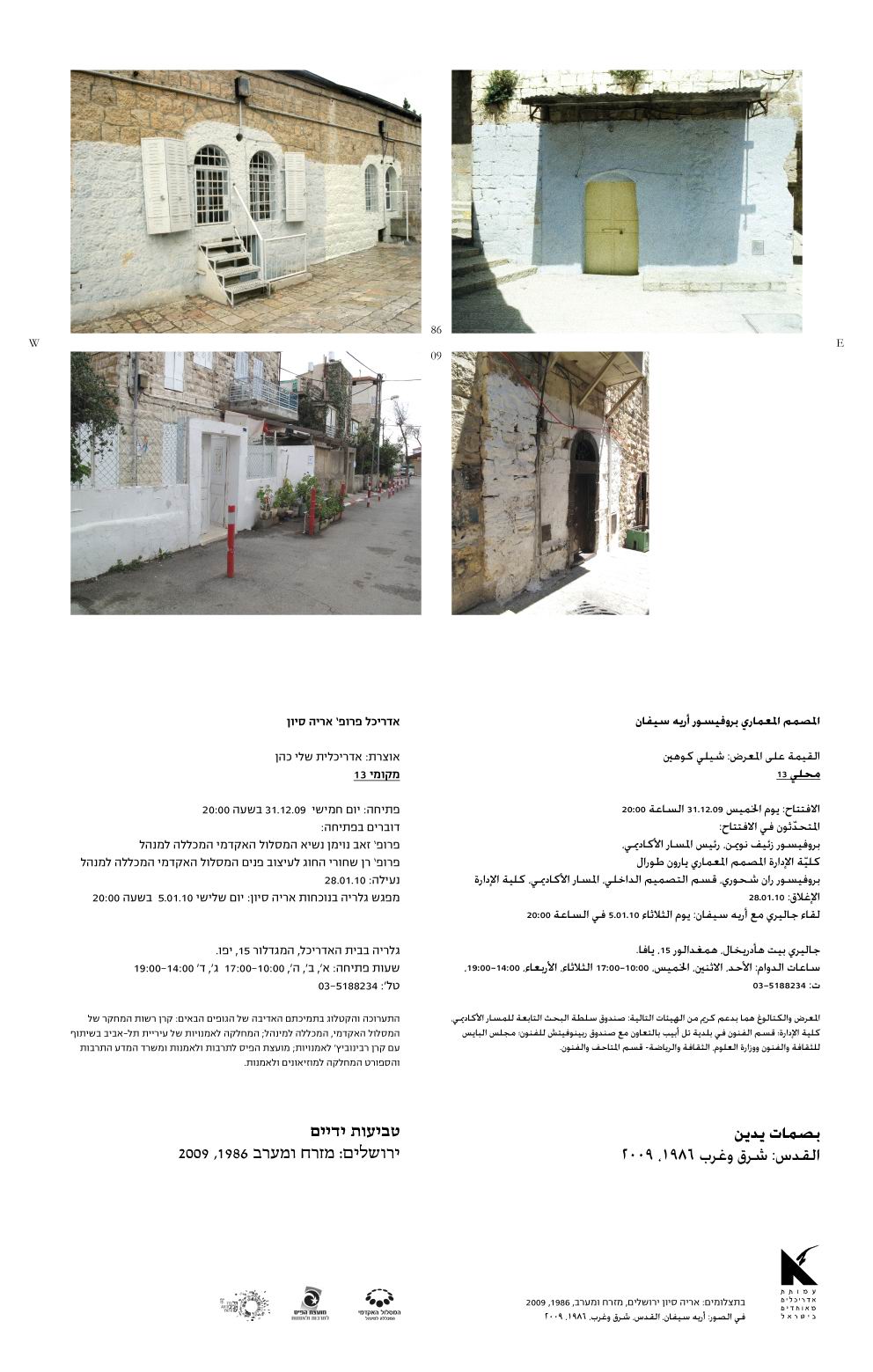 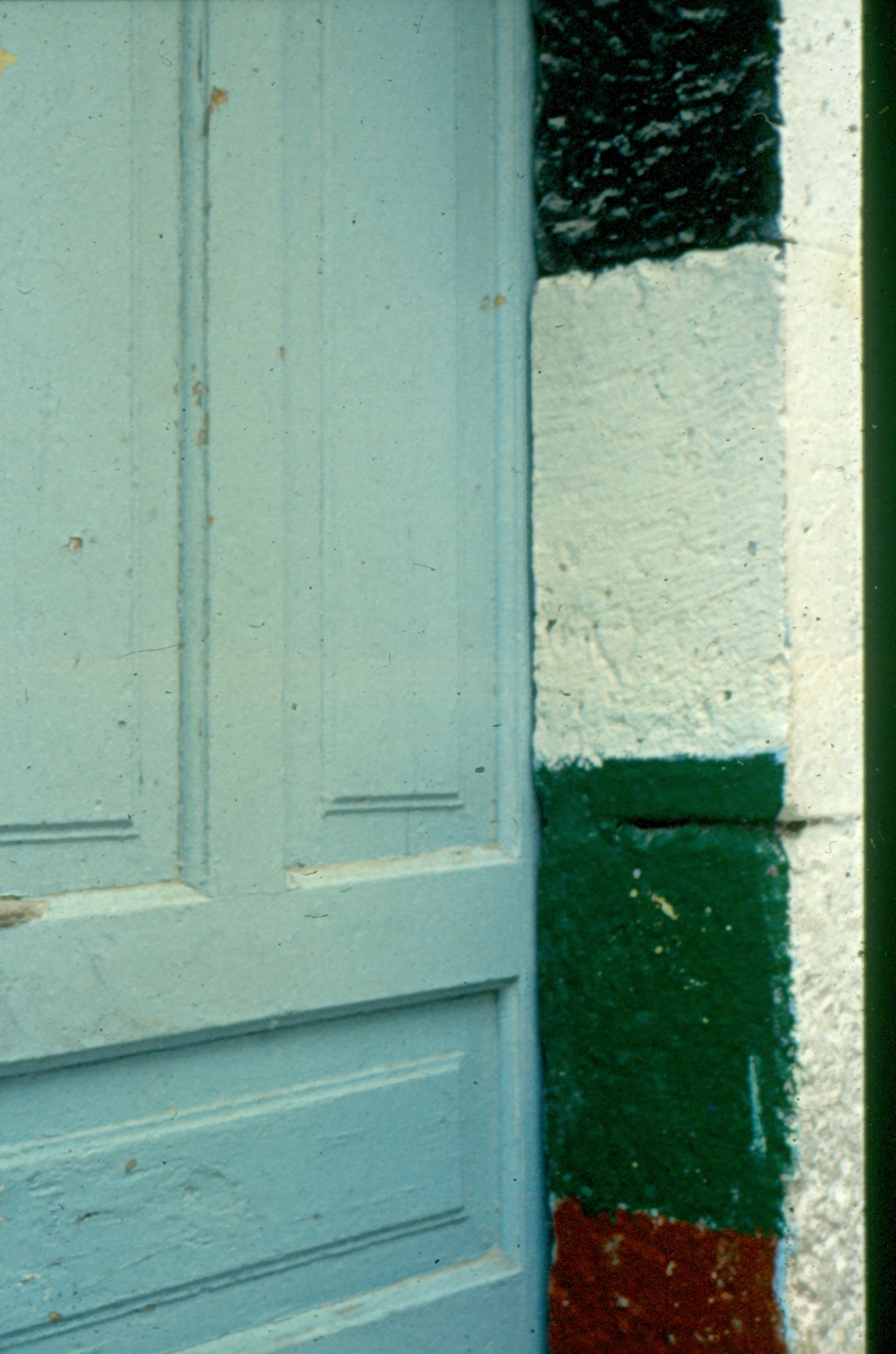 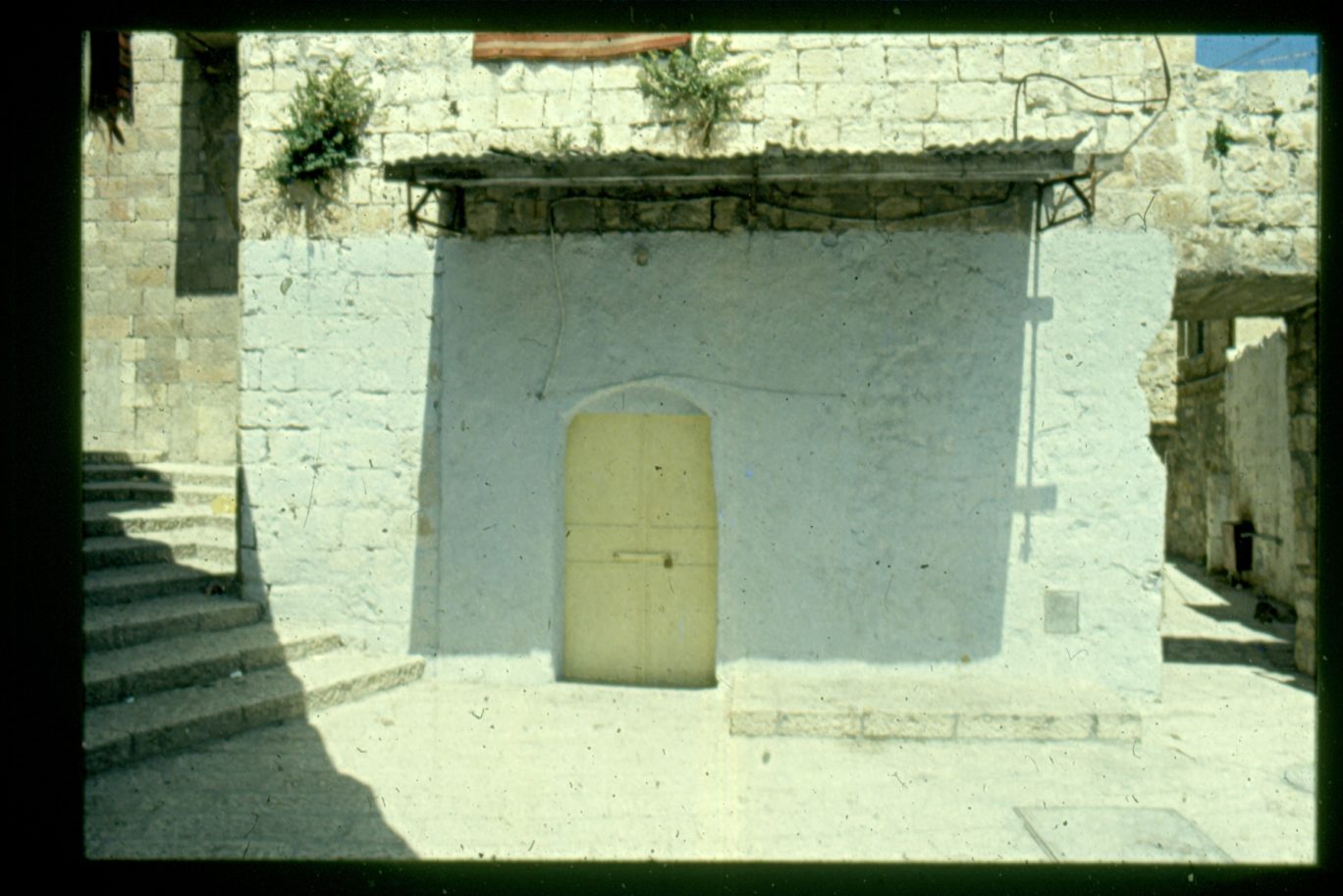 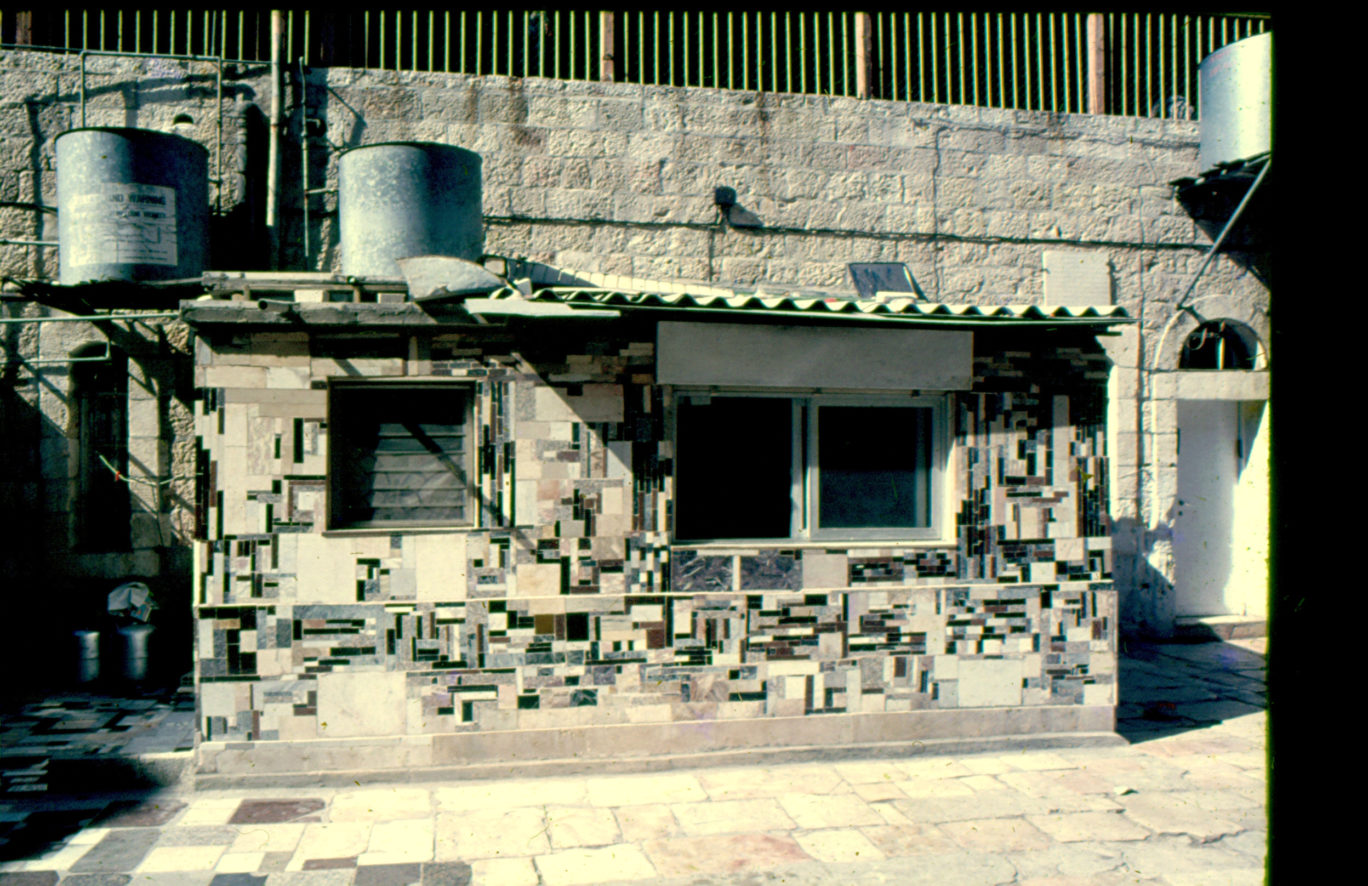 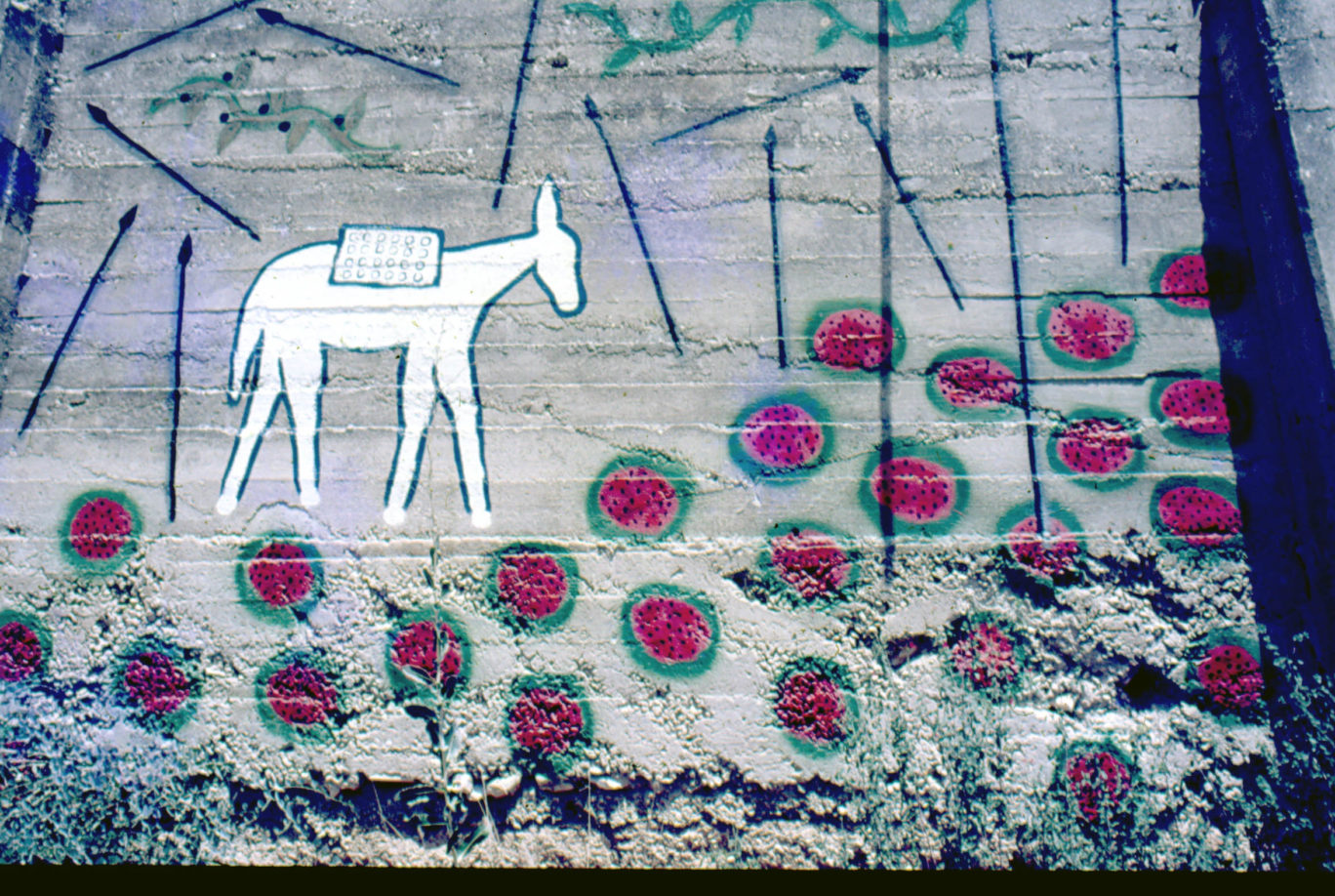 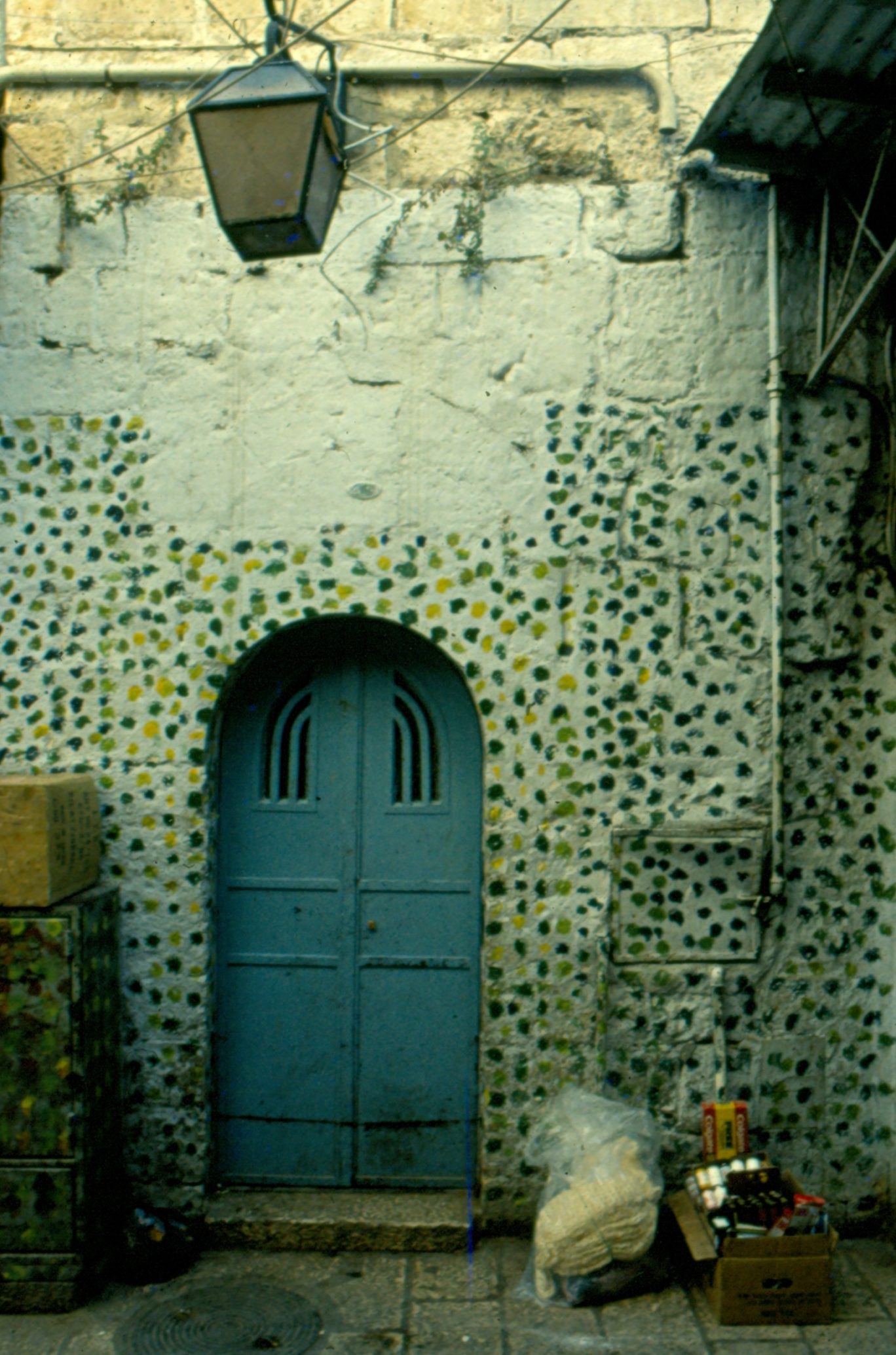 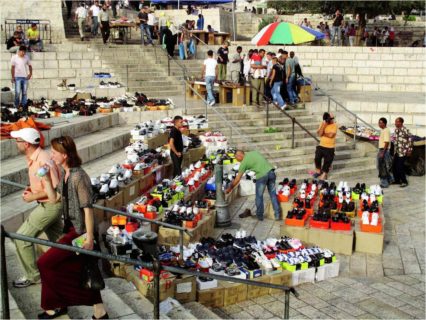 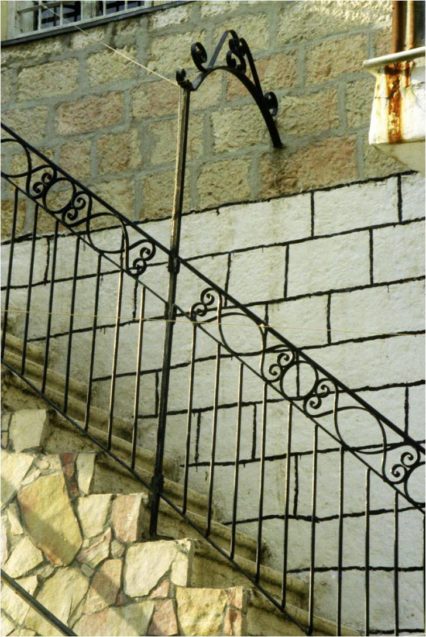 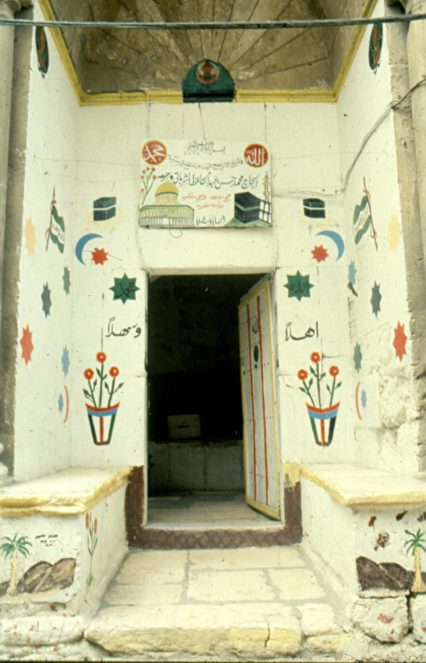 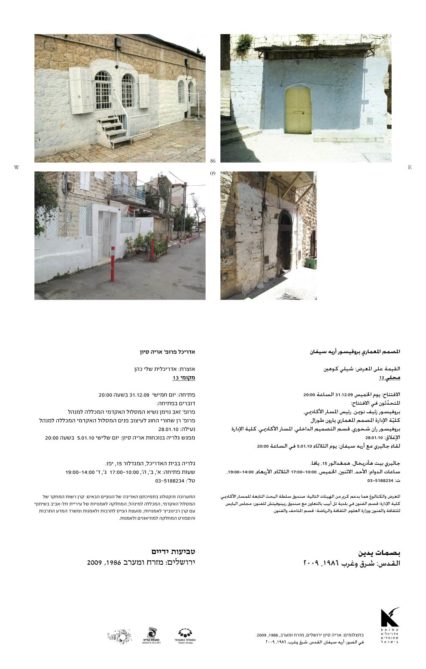 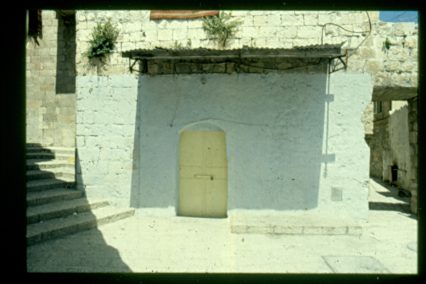 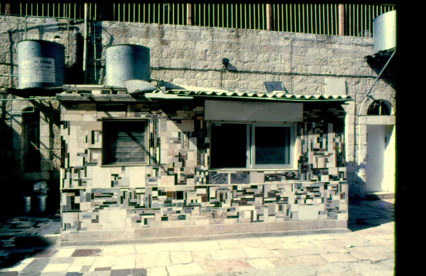 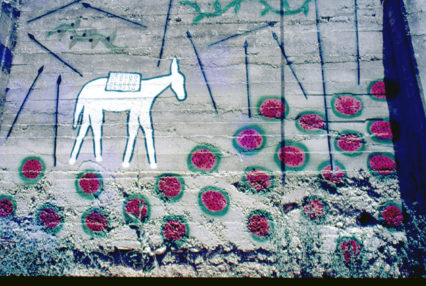 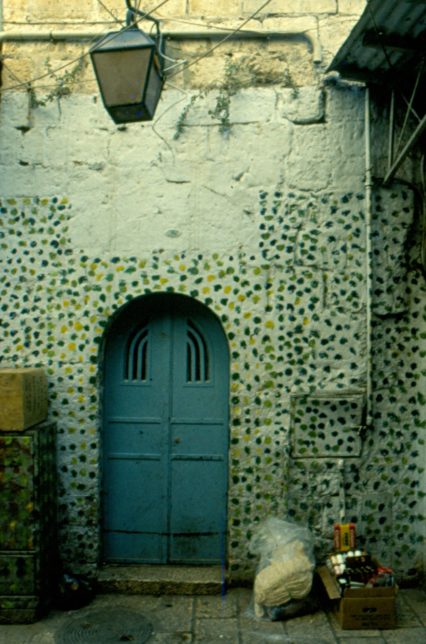