Surroundings with so much cleaning and planting nothing grows

The “Curbstone” video art installation by architect and artist Vered Fluk and her brother, filmmaker Ido Fluk, explores the intensive urban revitalization visible all over Tel-Aviv, as the city approaches its centennial. The installation focuses on the infrastructure works on Ibn Gabirol st., and captures a temporary yet dramatic phenomenon where the city becomes a construction site, its guts laid bare for all to see. While the Ibn Gabirol project is known to every passing visitor of the past few months, the installation sheds a new light on the multi-partied, multifaceted planning process, normally so hidden from sight. Through interviews with women planners and residents, it explores the different aspects of the project through different perspectives.

The exhibition’s title, Curbstone, is borrowed from one of the main protagonists in the installation, landscape architect Prof. Yael Moria of the Moria Sekely firm, who planned the project. Moria voiced her disapproval of several conventions in Israeli urban planning, by which landscape design becomes a way for the authorities to police and regulate pedestrian movement. The blue-white or red-white curbstones have changed from stones to a means of communication between (and warning from) municipal authorities to car owners. Similarly, the traffic islands separating the two opposite traffic lanes serve as barricades against pedestrians wishing to cross the road away from the designated crossing. Moria argues that the current landscape design discounts its users, essentially granting the authorities the right and ability to regulate human movement. In protest against this reality, the renovated Ibn Gabirol st. was laid with flat, low curbstones. These allow a welcoming continuity, and create a place where planning meets the street. Vered and Ido Fluk display their footage on three separate screens, thus creating several simultaneous perspectives. By doing so, they contribute greatly to the idea at the foundation of the Local series, i.e. to expose spatial planning processes in a visual, experiential way. The artists use the soundtrack to make a distinction between the project’s planners and its users, thus dividing their content in to three separate parts,
Spatial planning: Ibn Gabirol St. was first paved in the 1950’s and -60’s. Its uniform buildings were built in straight rows, featured modern apartments, and created a successful mixture of housing and commerce. As years went by, however, the street became a major vehicle route at the expense of residents and pedestrians. Poorly maintained, its houses deteriorated, many of which became low-rent office spaces. Like other main streets in many Israeli cities, the street “housed” a variety of facilities and devices: high voltage lines, phone operators, bulletin boards, and random bicycle parking. (1) Moria refers to her attempt to clean and reorganize the space for different yet simultaneous uses. These actions, prerequisites to any urban revitalization process, managed to recover the street’s original sense of organization as intended by its original plan: sidewalks have been widened, vehicles have been limited, and the street was sectioned in to several strips: one for pedestrians, an outside sitting area for the public restaurants, another pedestrian strip, a bicycle lane, a tactile strip to aid the physically handicapped, and finally a strip containing the street’s infrastructure, transportation, lighting, trees and other accessories.

The (albeit limited) inclusion of the public in the planning process became a professional achievement. It created patterns and guidelines for similar projects in other streets. The Ibn Gabirol revitalization project received generally positive responses. At the same time, some objections are still heard. They mostly express residential concern over the street’s maintenance (even now, before the project is completed, the street suffers accelerated wear), the uprooting and replacement of many of its old trees, and over the designated sitting areas reserved for restaurants. (2)
The installation’s soundtrack carefully contrasts footage of the planner discussing her original intentions with footage of the street’s renovated parts, thereby examining the realization of the original plan. Moria discusses her desire “to host” in the public sphere – to allow the pedestrian to sit in a lonely chair, right next to noisy traffic, and let its “wall of noise” open for him “opportunities for intimacy.” At the same time, the footage shows a lonely homeless man at early dawn, sitting in a single chair. The grey combined paving, a reincarnation of Tel-Aviv’s old grey paving blocks, (3) reflects the streetlight glow and endows the homeless man with an upscale urban atmosphere. It seems that Tel-Aviv’s loneliness and poverty have never looked nicer.

Ibn Gabirol from Jaffa’s Perspective: As the camera traces the stairs that lead to the city hall, Nahed Sakis (4) asks why shouldn’t a hypothetical Sadat Square be built across the street from Rabin Square. This, she says, would give the city’s young people a chance to dream of a better life. The users’ testimonies are displayed on the third screen, voiced by Palestinian-Israeli women from Jaffa representing the city’s minority group. Against the background of Rabin Square, Safa Younes (5) describes the sense of severance from the city’s northern parts. Her voice subverts the viewer’s (presumably a Jewish Tel-Aviv resident) sense of “it is ours,” and reminds him that Ibn Gabirol is only the hegemonic center of Tel-Aviv’s hegemonic Jewish heart, built at a cost of NIS 150 m. from the municipality’s “external” budget. These funds were channeled to strengthen the historic Jewish “white city.” The “A Green View of the Budget” review (6) granted Jaffa considerable development budgets, second in size (7), but this does little to change the unequal distribution of the city’s revitalization resources (8). Tel-Aviv’s northern and central neighborhoods receive significantly more in development resources compared to its eastern and southern neighborhoods. This accurately parallel’s the city socio-economic division in to stronger and weaker areas, based on education and income levels. (9)

Vered and Ido Fluk show the planner’s description of the Ibn Gabirol tree planting alongside pedestrian responses. Moria describes how her plan to plant three rows of trees to create a wide view was replaced, after prolonged negotiations, by a row of palms on the street’s traffic island, green trees on its sidewalks, and blossom trees on its expansions. This was due to the mayor’s instruction to plant adult trees. Nahed Sakis views the palm as an opportunity to combine east and west, Jews and Arabs, historic awareness and modernization. Na’ama Meishar continues to argue that the way the palms were planted in isolation, without shrubbery, emphasizes the row’s colonial character. It therefore has special meaning to Mizrahi Jews: “the Ibn Gabirol palm row reminds its visitors that it is the relative of the Beit-She’an, Tripoli, and Casablanca boulevards” (10).

The Works: In contrast to the lively above-ground street displayed on two screens, Vered and Ido Fluk use the third screen to show an unfamiliar underground world, bustling with its own activity: this massive infrastructure conducts electricity, water, sewage, and communication cables. Heavy machinery whirrs constantly. A tractor lifts construction materials and pours them in to another tractor’s bucket in an abstract, Sisyphean dance. But the artists are wary of fetishizing or aestheticizing the works. Key protagonists of the installation are the workers at the site, Palestinians from the Galilee. Even though they were not allowed to interview, they are filmed working as the city’s hustle continues uninterrupted above. In an unforgettable image they can be seen working at the bottom of the screen, visible only above the waistline, as vehicles move in the background in the screen’s upper part. Thus, by playing the installation on three screens, Vered and Ido Fluk recreate the hierarchical division of labor behind the revitalization project.
Vered and Ido filmed most of their footage with a fixed camera in different locations along the street. The captured human activity around the Rabin Square cafés, pedestrians crossing the street, and youth group members marching in protest. (11) The footage deconstructs the little narratives of every scene, creating a cumulative effect that captures the city’s heartbeat. The repetitive original soundtrack by Ido Fluk creates an occasional distance between the works and their daily contexts. By removing the works from the here and now of the project, the viewer experiences a poetic glimpse to his or her urban space.

2. From an interview with landscape architect Prof. Yael Moria.
3. From an interview with Dr. Benny Maor, the city’s director of construction and infrastructure. Prof. Moria replies to some objections.
4. For more about the history of Tel-Aviv’s paving tiles, see Shelly Cohen, 2005, On Tiles and Titles: The Standard Tiles in Residential Architecture, Tel-Aviv University.
5. Nehad Sakis, born and raised in Jaffa and a Tel-Aviv resident. She’s been an educator for twenty years. She is active in five NGO’s (including the Arab-Hebrew Theater) and is an executive manager of the Arous Elbahar organization in Jaffa. In recent years, she has been a regular guest on Tel-Aviv Radio’s “Tel-Aviv-Jaffa Road” show, aired Saturdays.
6. Safa Younes, a native Jaffa resident, founder and manager of the Arous Elbahar organization, which works towards the educational, occupational and social advancement of women. She has a Master’s degree in social work from Tel-Aviv University, specializing in women and gender studies.
7. Amir Harash, 2007: A Budget Through Green Eyes: An Analysis of the Tel-Aviv-Yafo municipality Development Budget according to socio-environmental parameters 2004-2007, Tel-Aviv: SPNI’s, Tel-Aviv-Jaffa Center for Environmental Action, p. 19-20 (Hebrew).
8. Due to the notable projects Midron Jaffa Park and Jaffa’s harbor.
9. As argued by landscape architect and scholar Na’ama Meishar in her article on the Ibn Gabirol works: Na’ama Meishar (2008), “Palm Tree Boulevards: Orientalism as a Blind Spot and a Double-faced Mechanism of Orientalization in Israeli Landscape Architecture”, from Blind Spot, edited by Carmela Jakoby Volk, Einat Manoff, the Petah-Tikva Museum of Art.
10 Amir Harash, ibid.
11. Na’ama Meishar, ibid.
12. The installation focuses on day-to-day happenings in Ibn Gabirol. For more on the political and ceremonial aspects of Rabin Square, see Tali Hatukah, 2008, Revisionist Moments: Political Violence, Architecture, and Urban Space in Tel-Aviv: Resling. 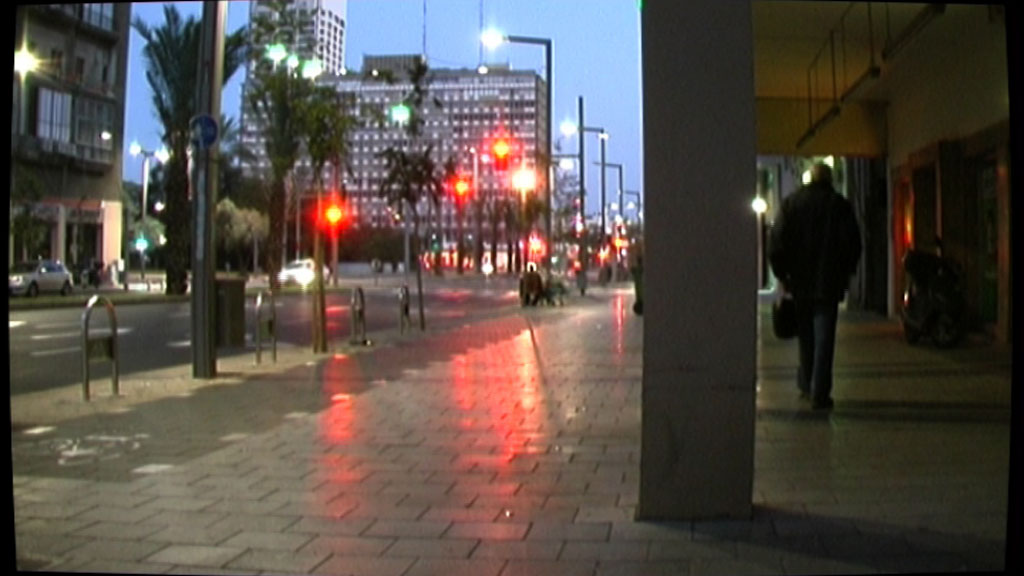 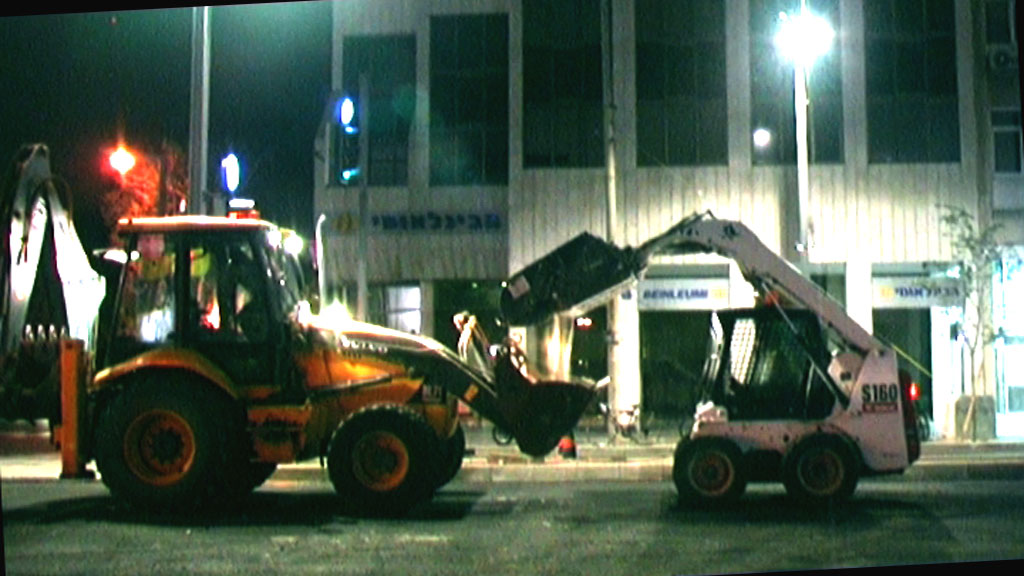 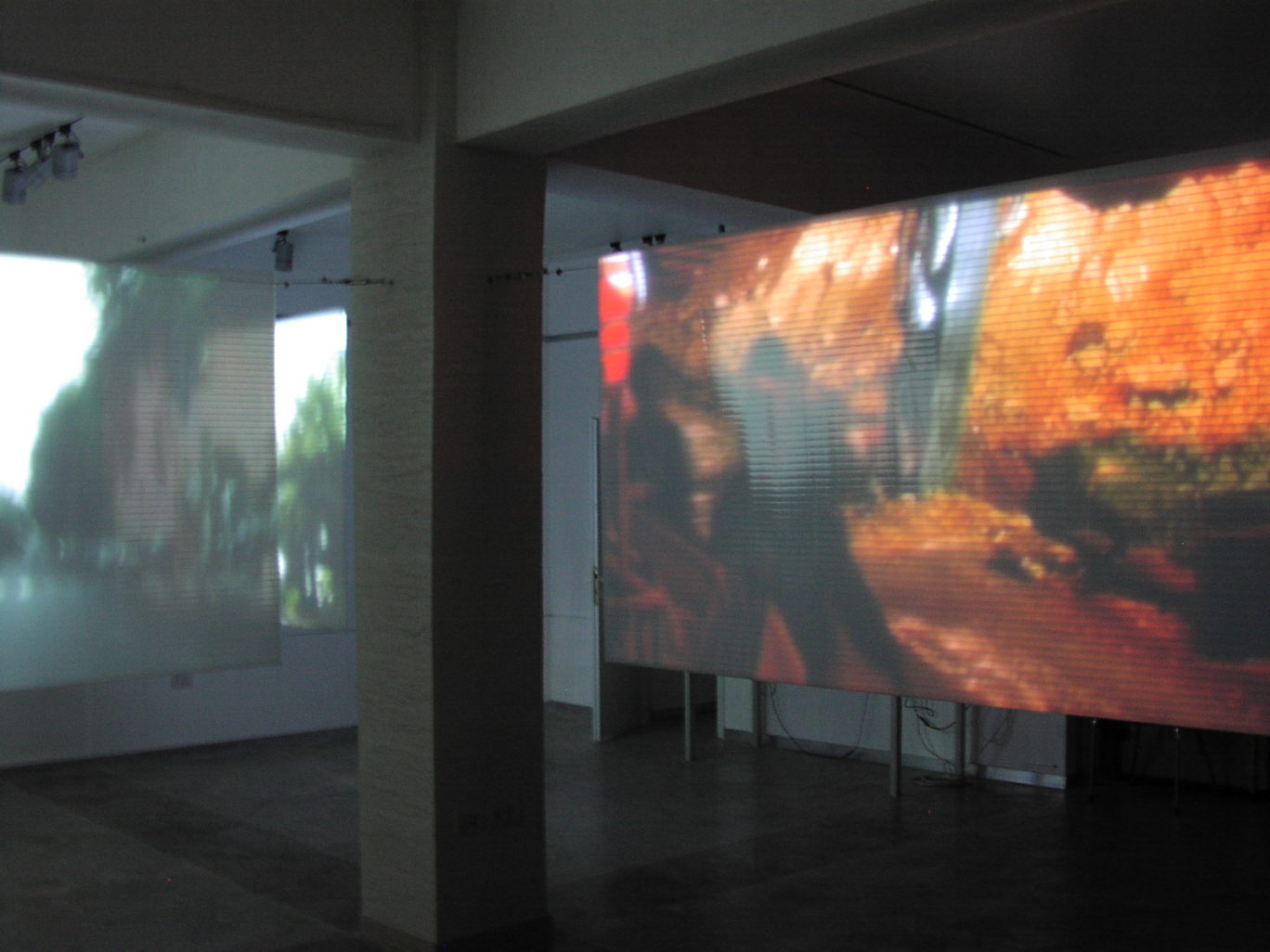 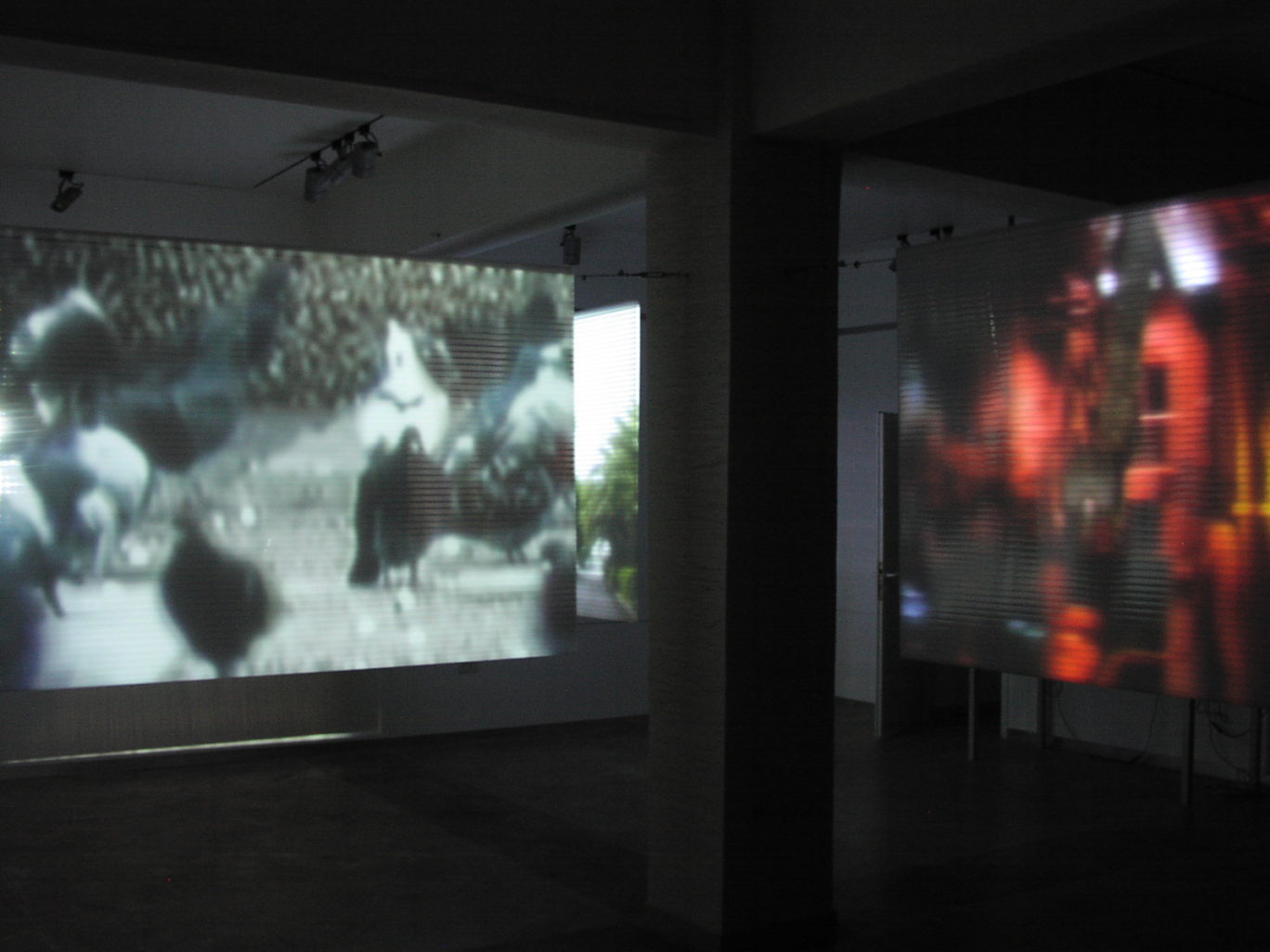 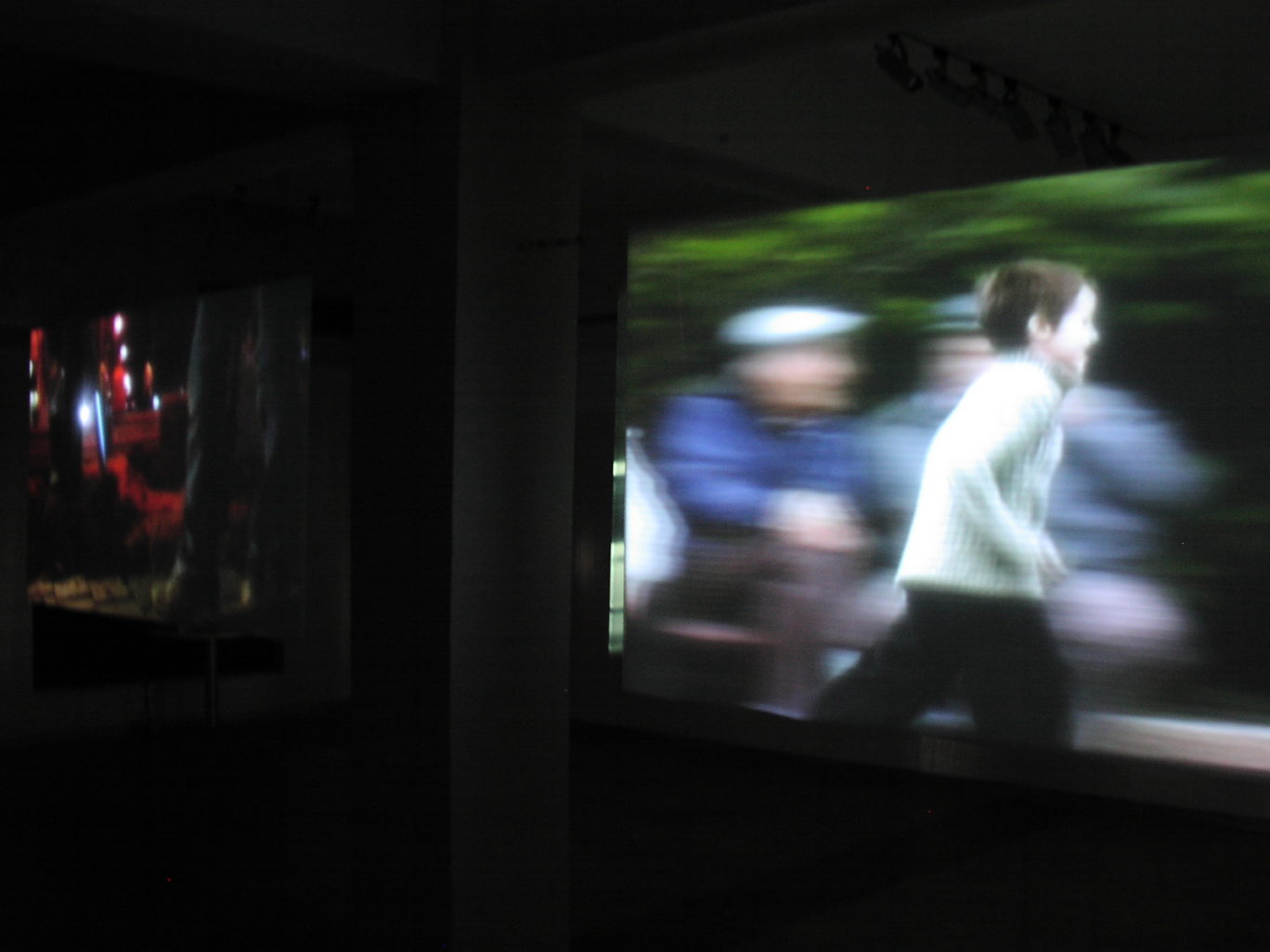 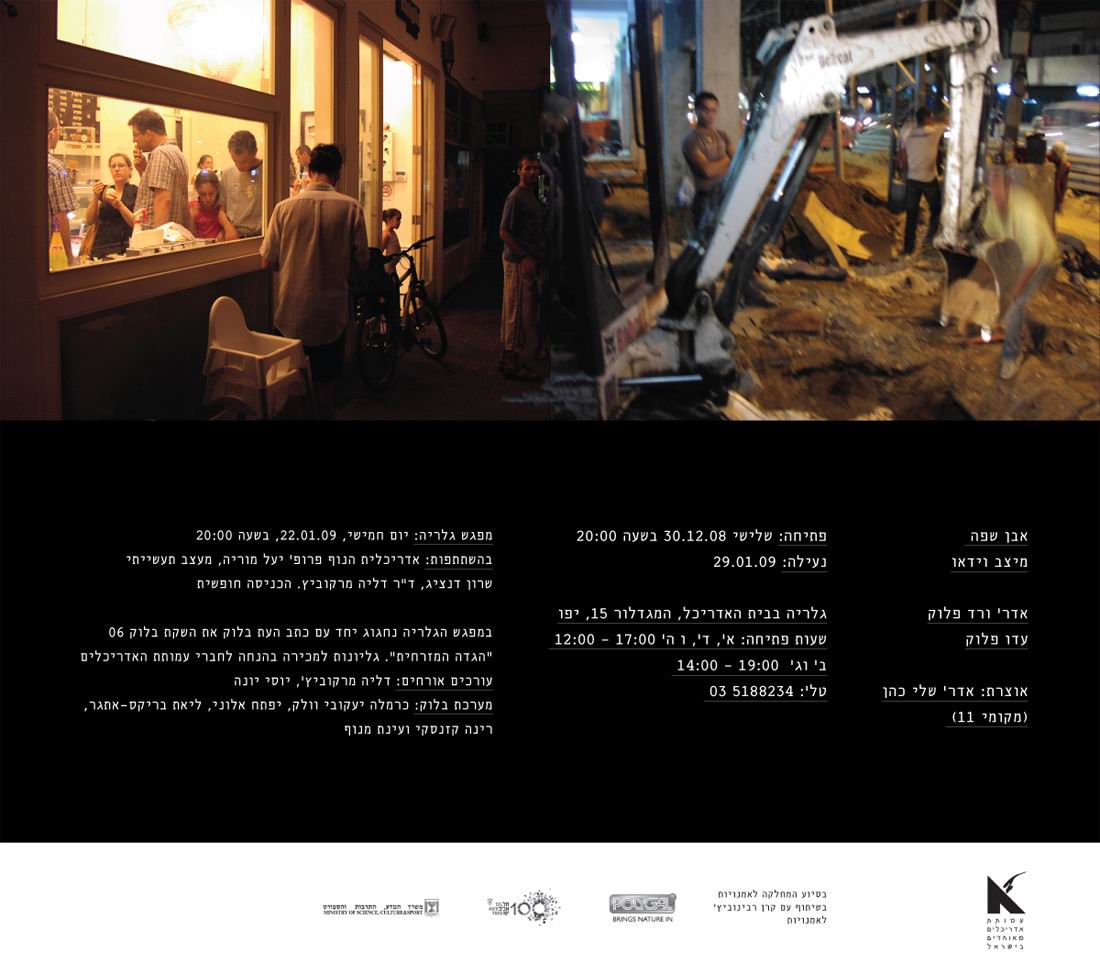 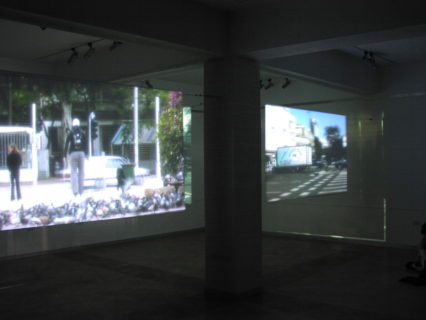 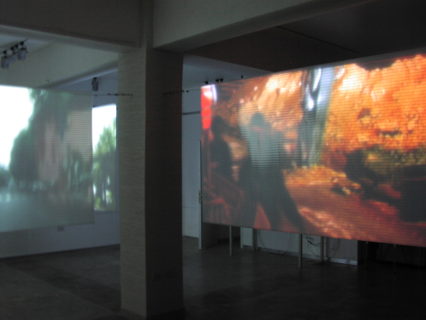 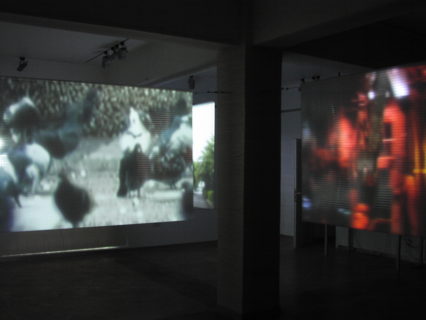 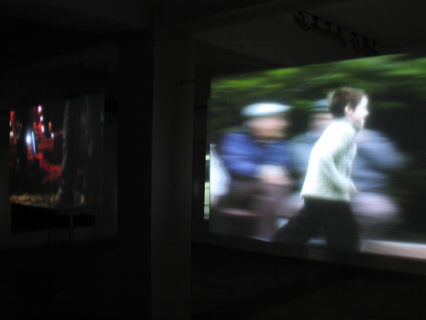 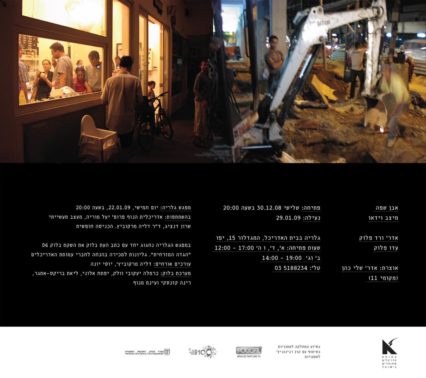 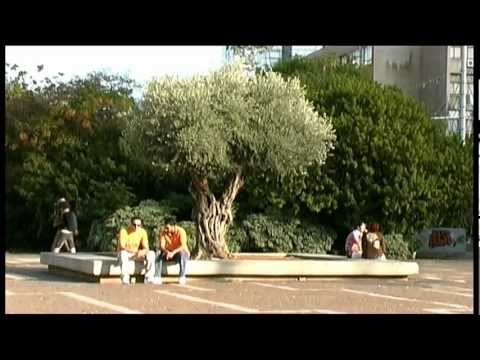