For some years now, artist Yaakov Israel has been documenting public housing projects, mainly in Jerusalem’s south-west—in Kiryat Yovel and Kiryat Menachem—the neighborhoods in which he grew up, and where he still resides.

The title of the exhibition, “Habitus,” refers to a combination of two notions: Pierre Bourdieu’s concept of habitus—the hierarchical classifications and structures intrinsic to everyday life which generate knowledge, truths, a set of beliefs, (1) and the concept of habitat—denoting habitation, dwelling place, which in the ecological context designates the natural environment of plants and animals, and in the architectural context refers to the built-up space.

The exhibition “Habitus” focused on public housing—a form of housing which figures prominently in the Israeli urban landscape. Inspired by Bourdieu, it explored the way in which the built-up setting, mainly the one dictated from “above,” reproduces social power relations and generates meaning which is rendered self-evident, thus responding to the criticism directed for many years at the public housing dwellers, that they are the ones responsible for the neglect and alienation of their surroundings, possibly due to their cultural background.(2)

The construction of public housing projects in Israel began in the late 1950s and continued through the mid-1970s, meeting two needs: it manifested Israel’s national-territorial sovereignty and provided housing for the masses during the years of mass immigration. During the past decade, at the end of the post-modern era in which many architects criticized the aesthetics of public housing, these aesthetic values regained popularity. A new wave of writers focused on the professional accomplishments of the Israeli public housing enterprise, while omitting the sense of discrimination and distress felt by their dwellers—old and new immigrants from various disempowered social groups.(3) When the public housing enterprise was addressed critically and acutely, discussion focused exclusively on the planning phase and the planners’ intentions.(4)Decades after its emergence, the exhibition invited various writers and the public at large to revisit Israeli public housing, thus inciting a renewed discussion of its place in the local architectural discourse, striving to deviate from a discussion centered on the aesthetic dimension toward a discussion concerned with the ethical dimension.

In this exhibition, Yaakov Israel proposes an unfamiliar view of the housing block—a gaze at the narrow façade, from a perspective which strives to contain the entire spacious block within the frame, thus accentuating the length of the adjacent façade appearing in some of the photographs in dramatic foreshortening. In profile, the façade exposes the way in which the building is dropped into the mountainous topography, but does not assimilate in it. Entry to the block at the high, street level is via bridges that prick the façade, leading to an open-ended story which divides the building in two (above and below street level). (5) This mezzanine floor links the entrances to the block, and is designed to make the construction of elevators unnecessary.(6)The buildings’ position prevents direct contact with the ground from the three façades: on the side whose bottom is lower than the street, the ground floor ends with a narrow, elongated, paved sunken courtyard, and the sides of the building encounter the ground via unmanicured, inaccessible terraces, excluding a few improvised initiatives by lodgers who annex small gardens for themselves. All these encourage neglect of the residential environs.

Another issue arising from the photographs is the architectural custom of sealing the building with an impervious façade to indicate that the block is part of a system and a series arbitrarily cut at a certain point.7 Architecture here refers to the construction method, namely—to itself: it externalizes the building’s division into floors, emphasizing the decorative value of the large concrete surfaces marked with the traces left by the forms in which they were cast, at the cost of opening the building to its surroundings for the benefit of the dwellers of the peripheral units. It is, thus, a negatively egalitarian system: no dweller or family is granted an additional landscape or exposure. Thus, for example, in Kiryat Yovel, the impervious façades hide the spectacular landscape of Ein Kerem.

In the portrait photographs of the individual buildings at the extremities of the public housing row, Yaakov Israel sets the block free from the fetters of seriality. The large-scale format, the photographic array, and the angle on the block give the selected subject a narrow, elegant profile against the backdrop of the sky, yet this favorable view also accentuates the few openings in the wall at the center of the frame, openings gnawed upon by the ravages of time and the inadequate maintenance: the single plumbing shaft from which improvised pipes intertwine (in the Katamon district) imitates, by way of negation, the image of an impervious wall as a metaphor for architecture’s rigidity as perceived by its dwellers.

1. In his writings, Bourdieu refers to the concept of Habitus in various manners. For the sense discussed here, see: Pierre Bourdieu, Outline of a Theory of Practice (London: Cambridge UP, 1977).
2. For an elaboration on accusations against the users of the built-up space, see: Leonie Sandercock, Towards Cosmopolis: Planning for Multicultural Cities (Hoboken, N.J: John Wiley, 1998).
3. For a discussion of the accomplishments of the public housing enterprise, see: Miriam Tovia and Michael Boneh (eds.), Binyan Ha’Aretz: Public Housing in the 1950s (Tel Aviv: Hakibbutz Hameuchad, 1999) [Hebrew]; Zvi Efrat, The Israeli Project: Building and Architecture, 1948-1973 (Tel Aviv Museum of Art, 2004) [Hebrew]; Sharon Rotbard, Avraham Yasky: Concrete Architecture (Tel Aviv: Babel, 2007) [Hebrew]. On the critique against the public housing enterprise in the context of Yaakov Israel’s works, see: Dalia Markovich, “Country, House: The Backyard,” Iton 77, 112-113 (2007): 40-41 [Hebrew].
4. See Rachel Kallus and Hubert Law-Yone, “National Home / Personal Home: The Role of Public Housing in the Shaping of Space,” Theory and Criticism 16 (Spring 2000): 153-180 [Hebrew]; see also R. Kallus and H. L. Yone, “National Home / Personal Home: Public Housing and the Shaping of National Space in Israel,” European Planning Studies (Cerfax Publishing), vol. 10, no. 6 (Sept. 2002): 765-779.
5. Efrat 2004 (n. 3), p. 339.
6. The absence of elevators introduces an obstacle to the older inhabitants of these blocks.
7. In this manifestation of reproduction the Israeli architects traced the origin of these blocks—Le Corbusier’s Unité d’Habitation project in Marseilles. In Le Corbusier’s case, the addition of a wing facilitated a full opening of the building’s extremities to the landscape and breezes. Rotbard 2007 (n. 3), p. 450. 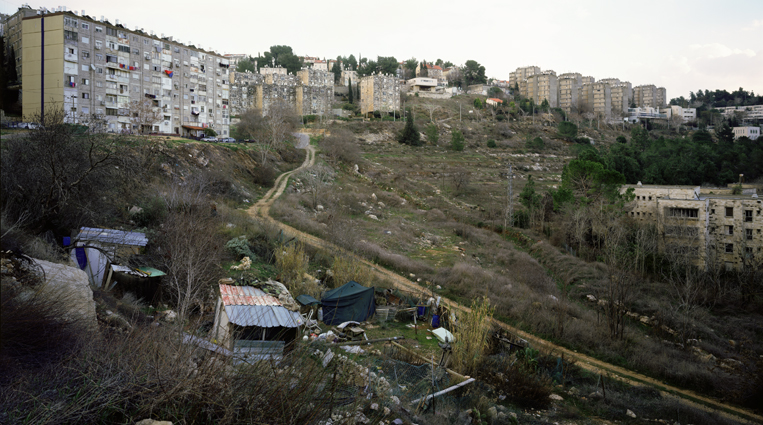 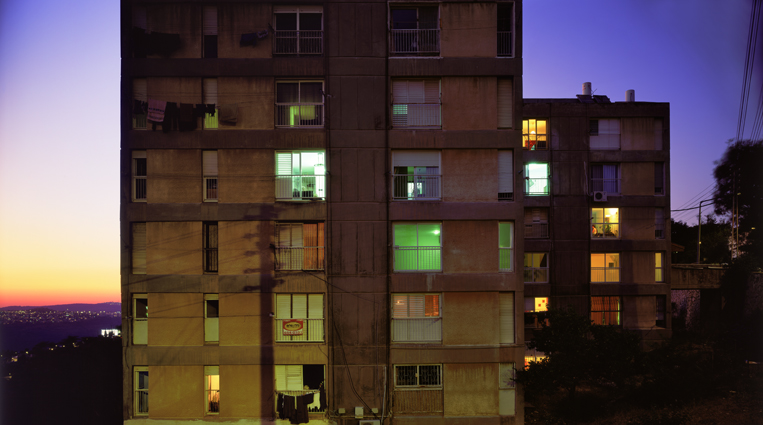 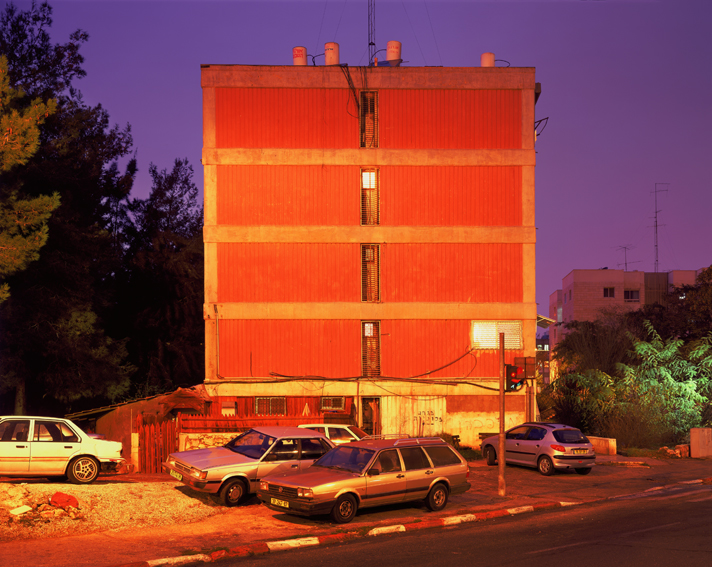 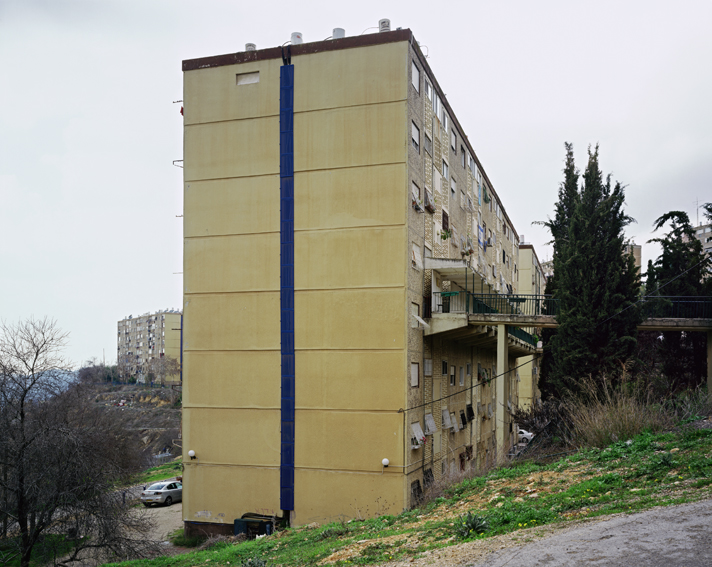 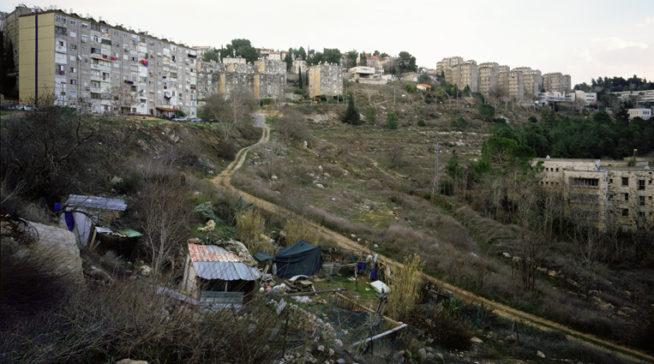 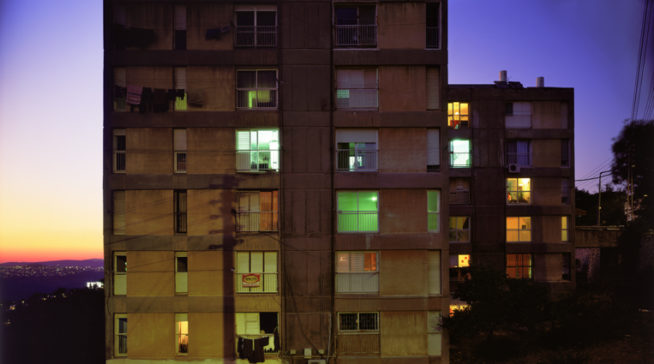 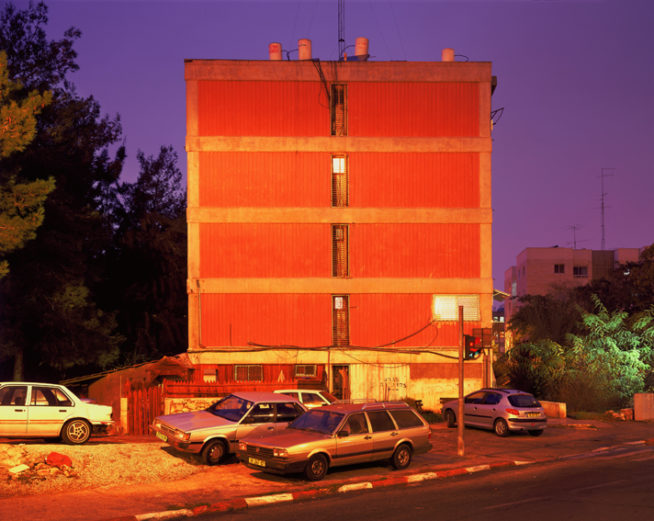