When the logic of late capitalism meets the logic of ethno-nationalism: An exhibition review of “Separation”
Surroundings Separation Seems to Have Spread Everywhere
עשור באדריכלות : עסקים כרגיל

Separation: The Politics of Space in Israel

The Israeli space is characterized by ethnic, national, and class divisions. Spatial demarcation distinguishes between Jews and Arabs, Mizrahi Jews and Ashkenazi Jews, rich and poor, while giving rise to different types of social power relations. The population in the outlying immigrant development towns consists mainly of Mizrahi Jews and new immigrants from the FSU. Set apart geographically, they are distant from the metropolitan center; in mixed cities there is educational and occupational segregation, and the affluent citizens set themselves apart and close themselves off in discrete developments.

The current discussion is largely centered on the Separation Wall being built between us and the Palestinians. Fences and walls, however, are used not only on Israel’s external borders; impassable physical partitions have become a readily available spatial solution inside the country. The logic of separation—as a political, cultural, and spatial concept—is innate to rural and urban landscape design in Israel.

The act of planning is perceived as an enlightened process, which is a part of the democratic reality and the belief that “proper planning” can improve the quality of life, the economy, environment, and community. This is obviously but a partial definition which disregards the need to comprehend spatial phenomena as an expression of a hegemonic culture. It is thus highly important to undermine the approach regarding the processes occurring in the space as obvious developments or as the result of circumstances reflecting normalcy in the relationships between different groups.

In this context the question arises, do the planning practices—architecture, urban planning, civil engineering, and landscaping—indeed generate separation and normalize it in the built-up environment?

In order to answer this question we have approached architects, planners, sociologists, and social activists to photograph sites where there is discernible separation, and refer to them in writing. (1)

Unlike other exhibitions in the series “Local,” which focused on a given phenomenon recurring in the built-up environment, the separation manifests itself diversely, and the typology presented in the exhibition is manifold. Thus the ostensibly-banal elements of the separation syntax—wall, rampart, road, public building, and construction project—and their contexts in popular, suburban or high-end residential areas, generate a cumulated effect which marks diverse Israeli spaces as fenced off, closed, and impassable.

Photographers Yair Barak, Amit Geron, and Orit Siman-Tov present physical separation and the central role it plays in the Israeli space, yet they differ from one another in the types and objects of their gaze.

Amit Geron criticizes the neutrality of traditional architecture photography which is centered on an architectural façade dissociated from architectural contexts. His frontal photographs document distinctive, monumental and threatening separations. Thus, for example, the façade of the Carmel Beach Tower (Le Meridian) in Haifa fills the entire frame, leaving no air; the neglect is conspicuous in front of the monumental western façade of the Andromeda Hill project in Jaffa and in its margins; pedestrian figures in both photographs emphasize the absence of human scale in both buildings and their foreignness to their surroundings.

Yair Barak photographs sites where the power relations are latent. His gaze seeks the manner in which the aesthetics of separation generates the illusion of “life as usual.” Barak lingers on the rhythm of the rows of trees and irrigation pipes on the embankment in Jisr ez-Zarka, and the glow of the new dividers on the cross-Israel highway. A closer look at his photographs reveals the cracks in the harmonious picture of the world: the highway dissects the olive grove, and the dune sands cover some of the ramparts as nature resists the separation efforts.

Similarly, in the sites documented by Orit Siman-Tov the spatial context of separation is not apparent at first sight. Thus, for example, the fences at the Nurit immigrant absorption center in Beer Sheva, housing Ethiopian newcomers, resemble the fences of state institutions where strict discipline applies. The figures populating the space undermine the picture’s neutrality, abruptly introducing questions and quandaries: Who are these people crowding by the fence? Why do they stand there idly? Why does one of them stretch his hand toward the viewer? Siman-Tov thus reinstates the physical setting with the human element, and with the help of the exhibition’s declaration of intent, opens the door to a social critique of space.

In addition to the rational facet of the arguments explaining the erection of fences, walls, and other barriers, there is another level, elusive yet significant, associated with the fears invoked by the encounter with the other. Due to their sensitive nature, these feelings are not expressed directly and explicitly, but the fear of the other, as indicated by the projects on view, is a central element in the political-spatial discourse. Furthermore, the existence of fear in the space is not a reflection of the social reality; rather, it constructs that reality. (2) In other words, construction of the sense of fear in certain groups serves political interests which reflect the power relations in society. This issue, mainly in its mundane context, is addressed in the exhibition in relation to Ramla, Lod, and Jaffa—mixed Arab-Jewish cities where the national-ethnic homogeneity is interrupted.

The sense of fear is reinforced in temporal and spatial junctions where the space is transformed in manners which influence the political discourse, such as upon the arrival of immigrant groups with conspicuous visibility (migrant workers in Tel Aviv or Ethiopian immigrants in Beer Sheva). The discourse focuses on the question of what and who to fear, while changes are created in the space which benefit certain communities and exclude others. Sites typified by physical and social neglect and by social and moral chaos are considered sites which must be either ignored or cleansed. (3) In this context the fear has a spatial significance: where to go and where not to go; who lives “there”; who he is in moral terms; and who hides behind the Wall?

1. For an elaboration see: Haim Yacobi and Shelly Cohen (eds.), Separation: The Politics of Space in Israel, exh. cat. (Tel Aviv: Xargol and Am Oved, 2007) [Hebrew].

3. David Sibley, Geographies of Exclusion: Society and Difference in the West (London and New York: Routledge, 1995). 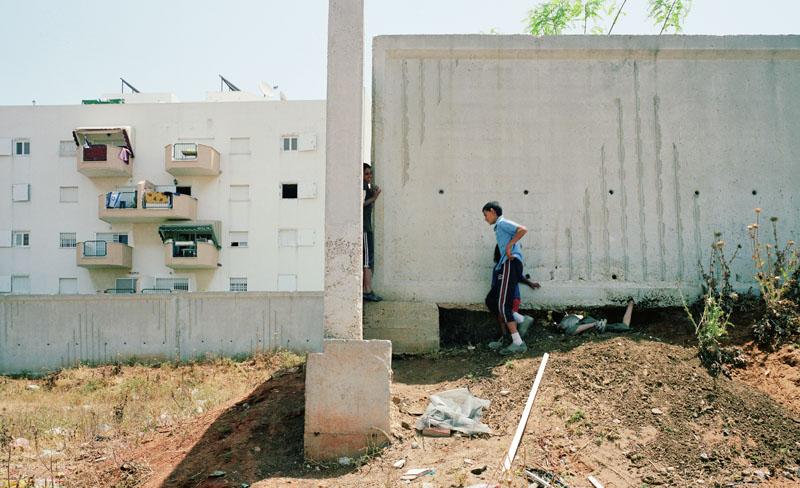 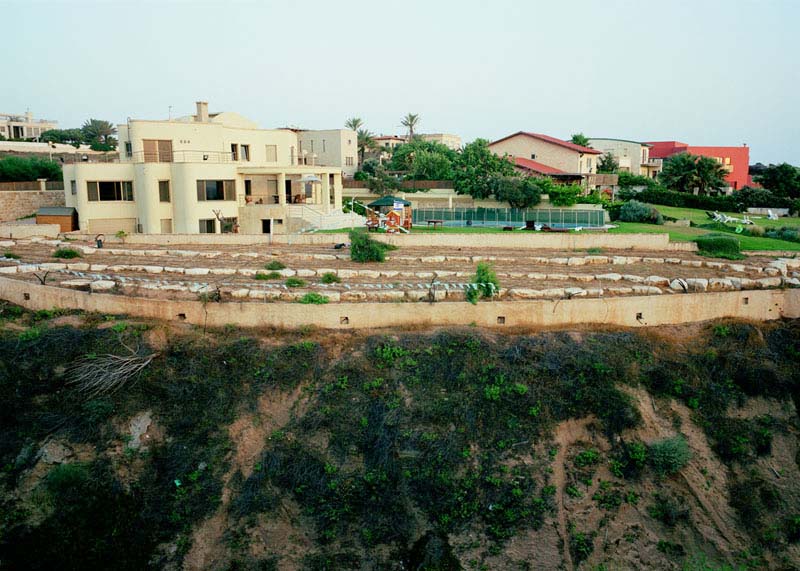 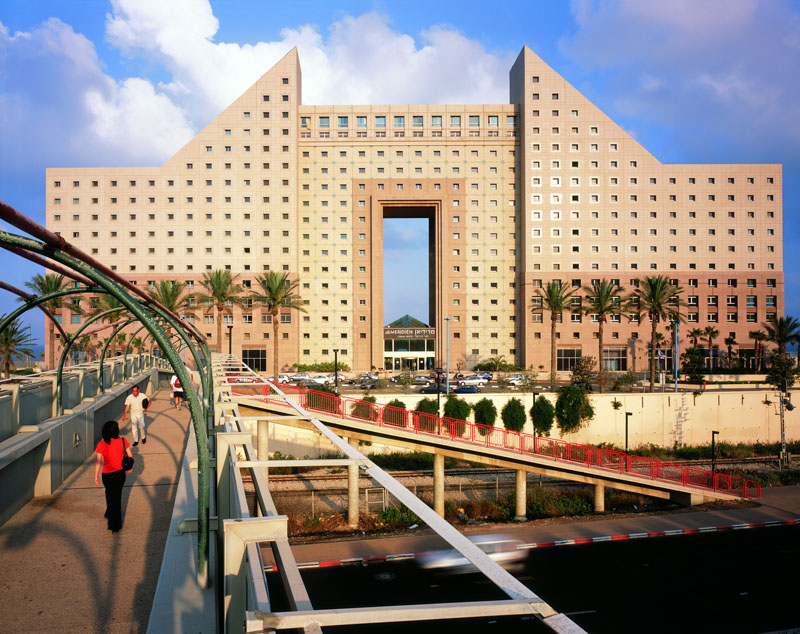 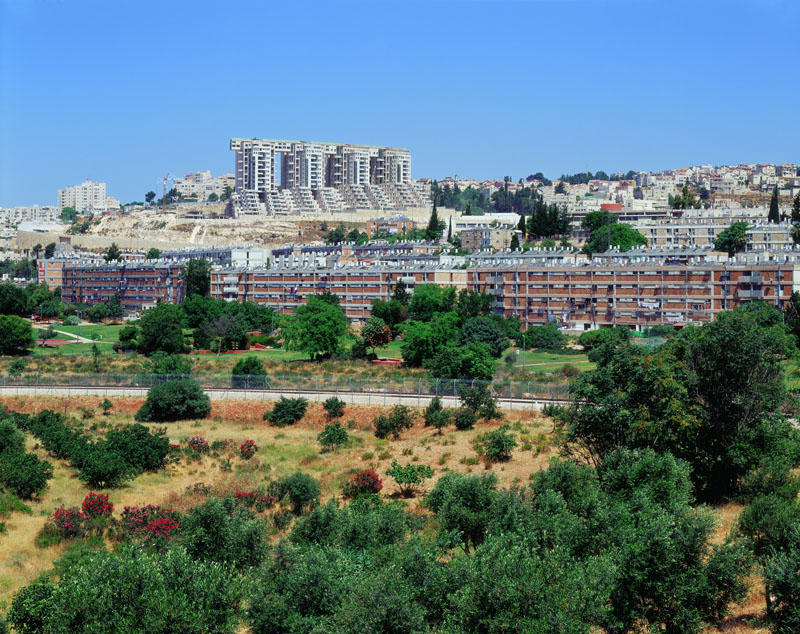 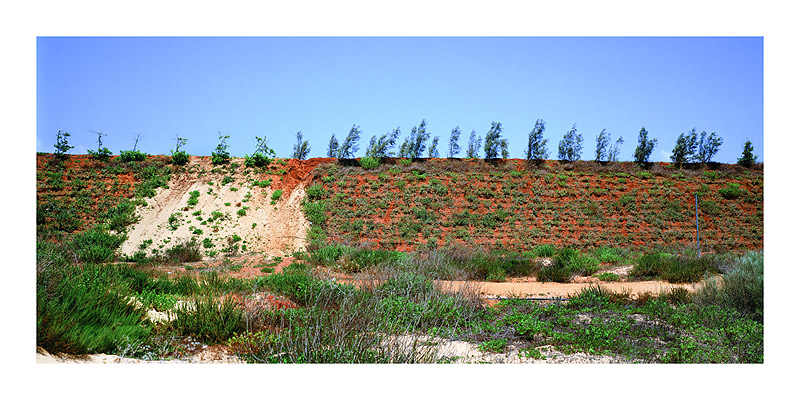 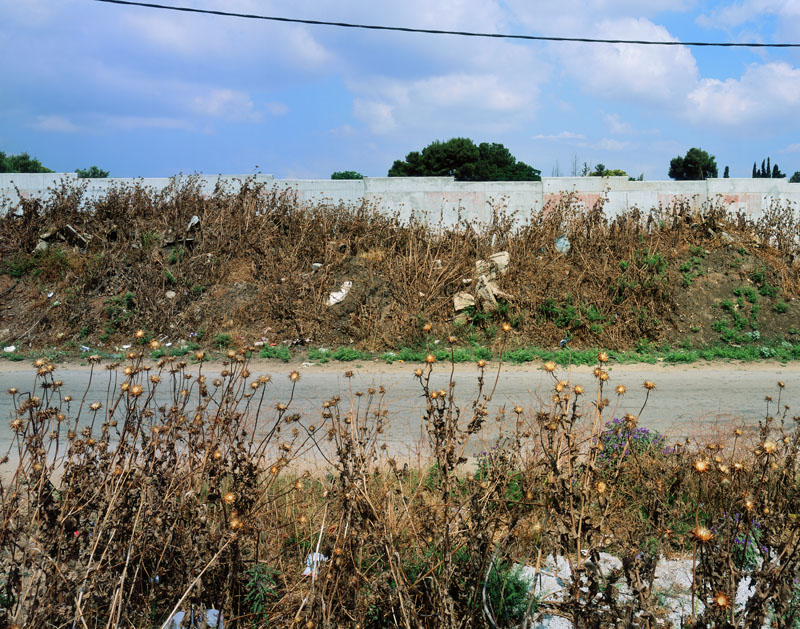 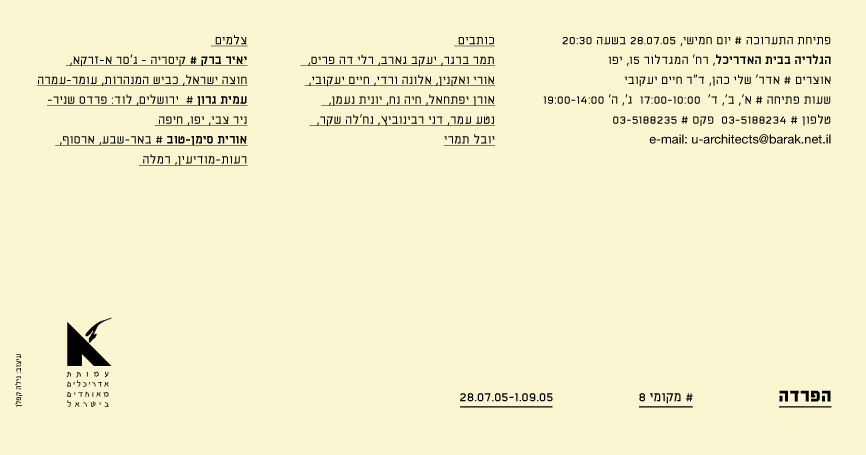 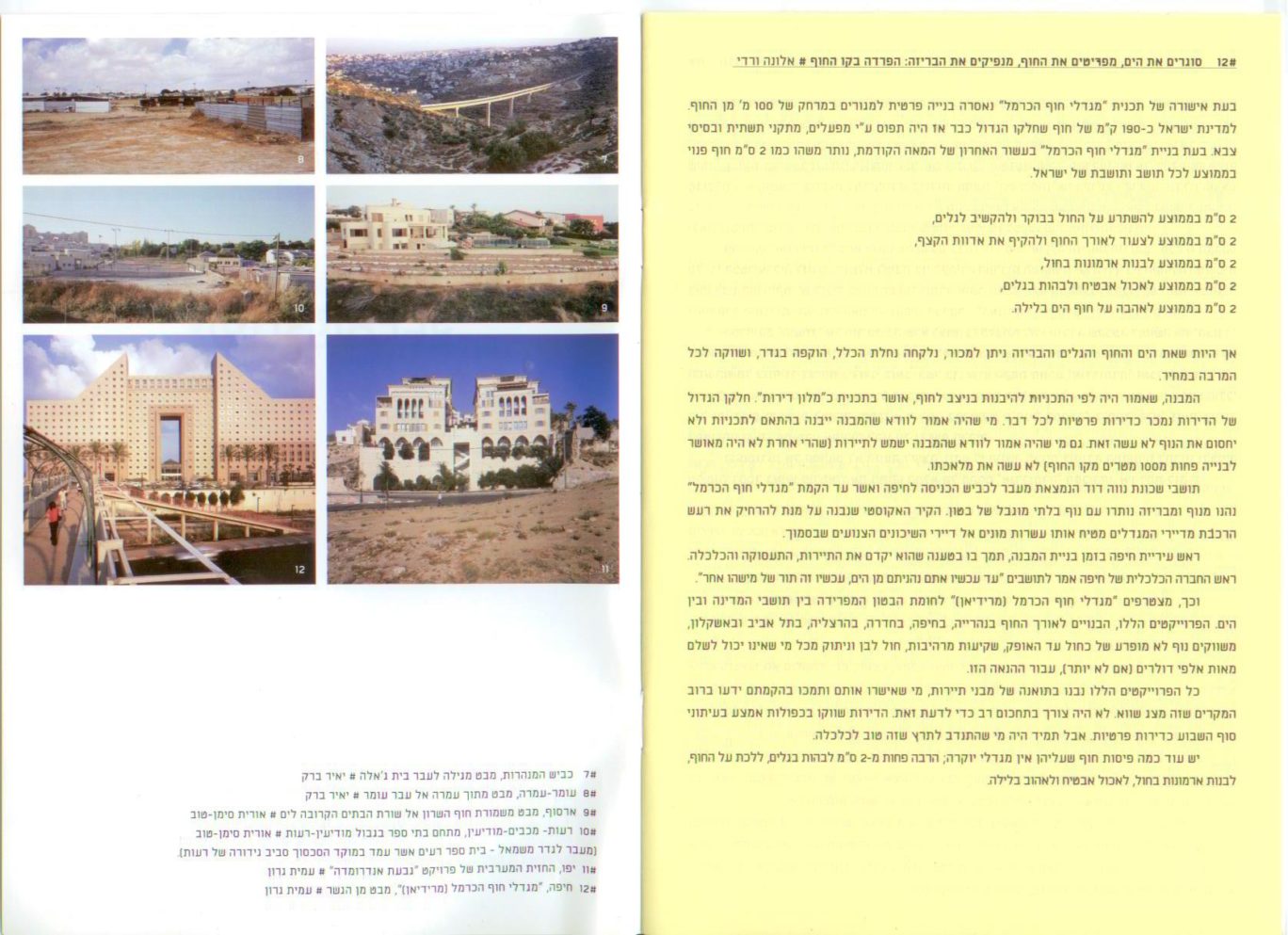 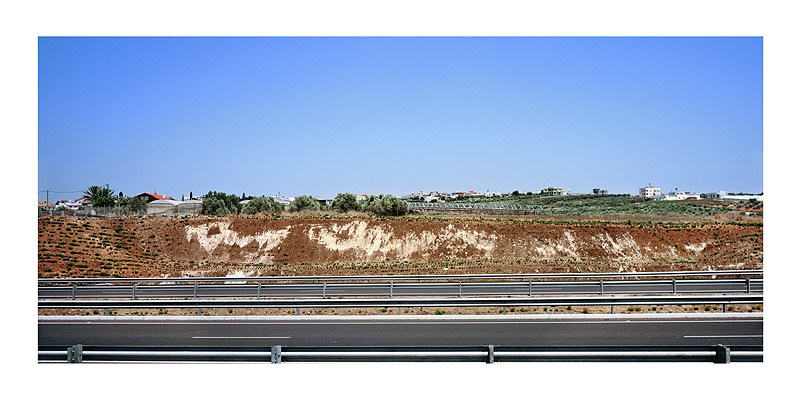 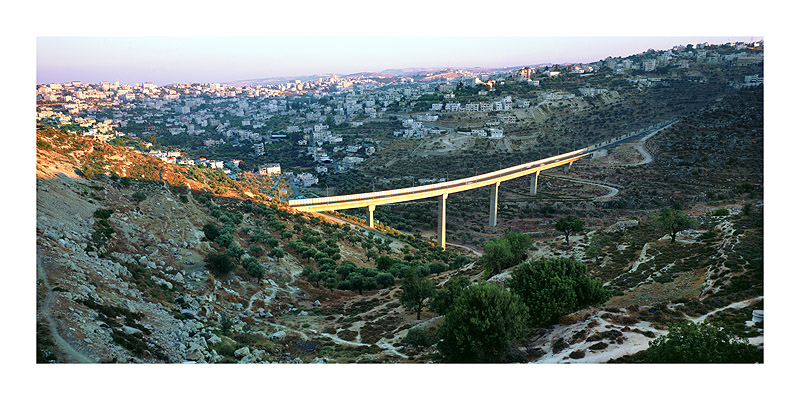 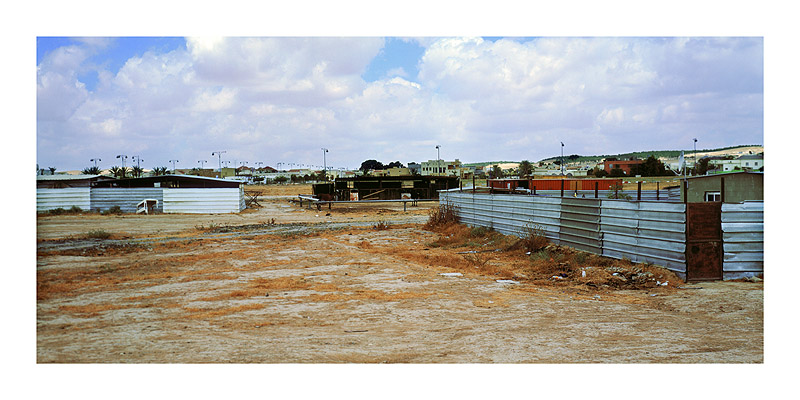 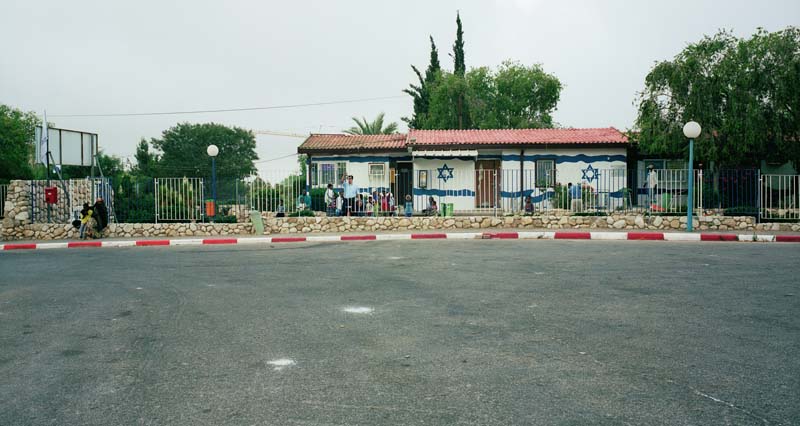 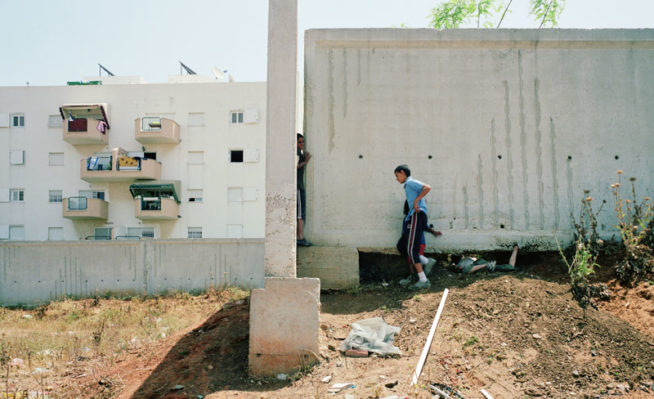 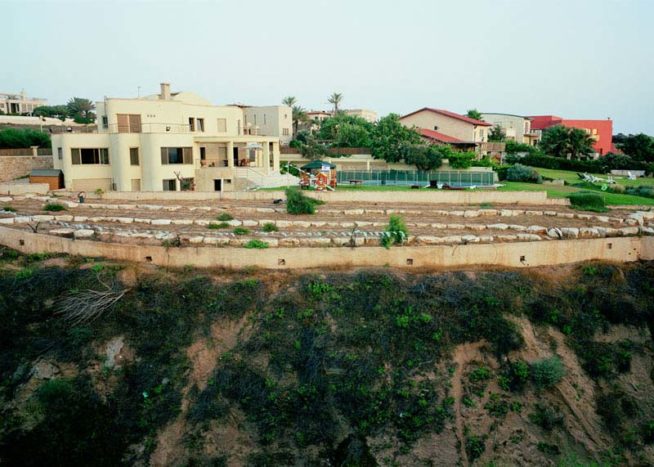 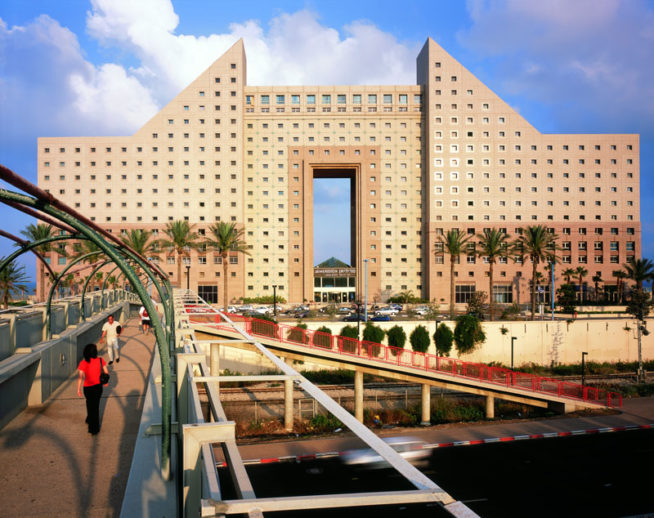 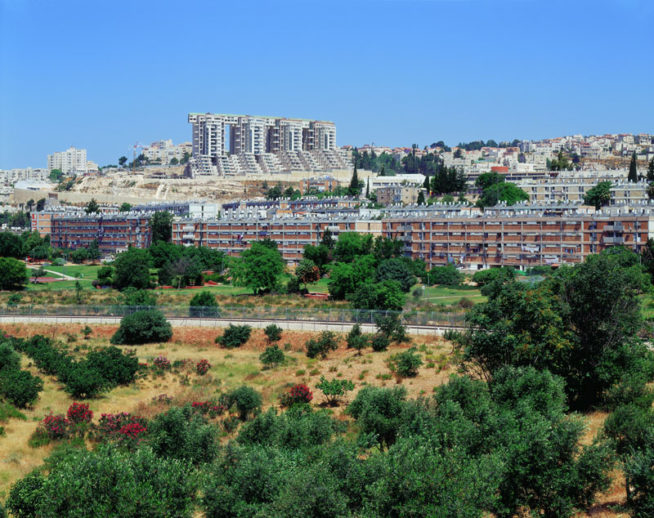 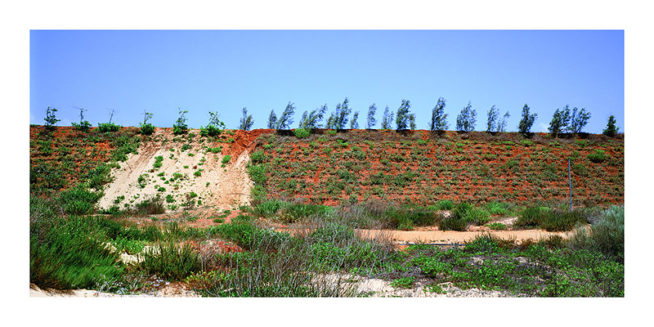 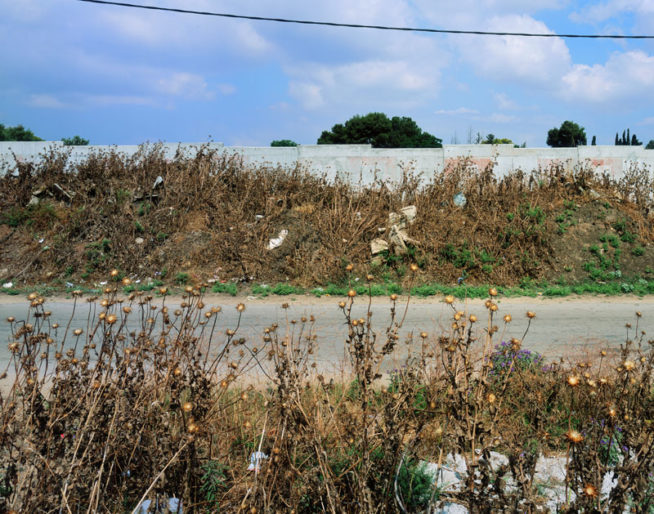 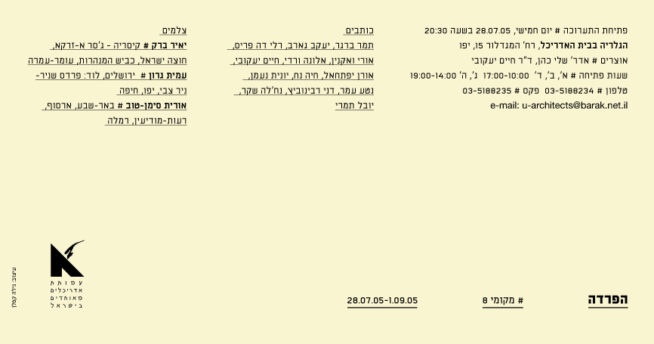 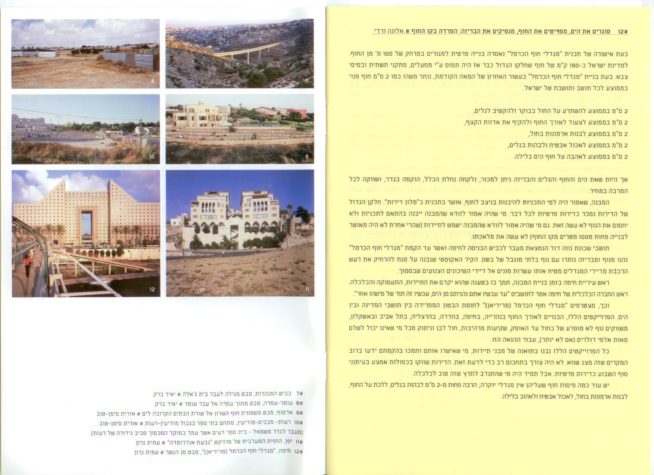 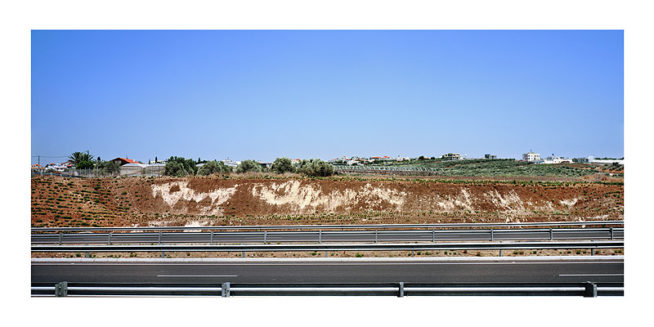 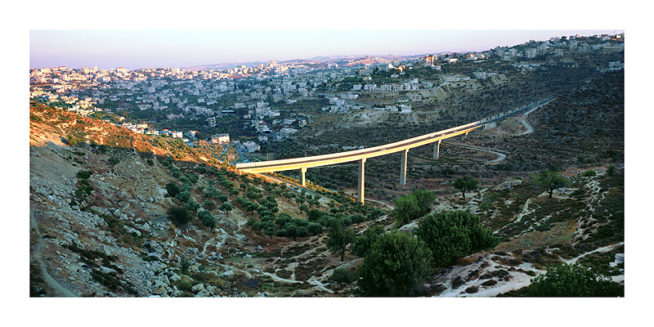 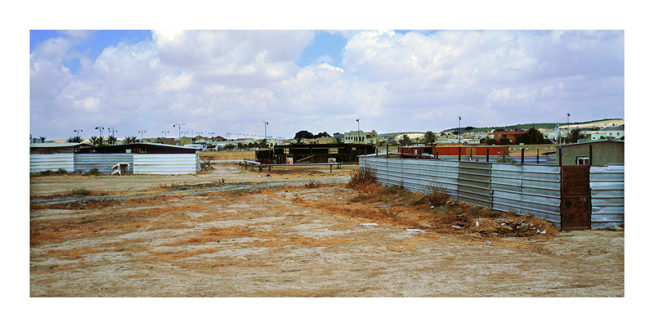 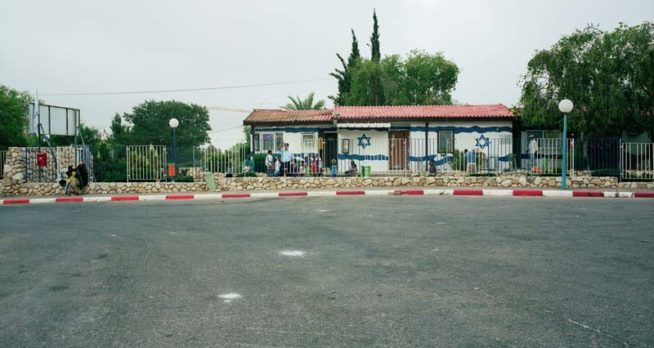